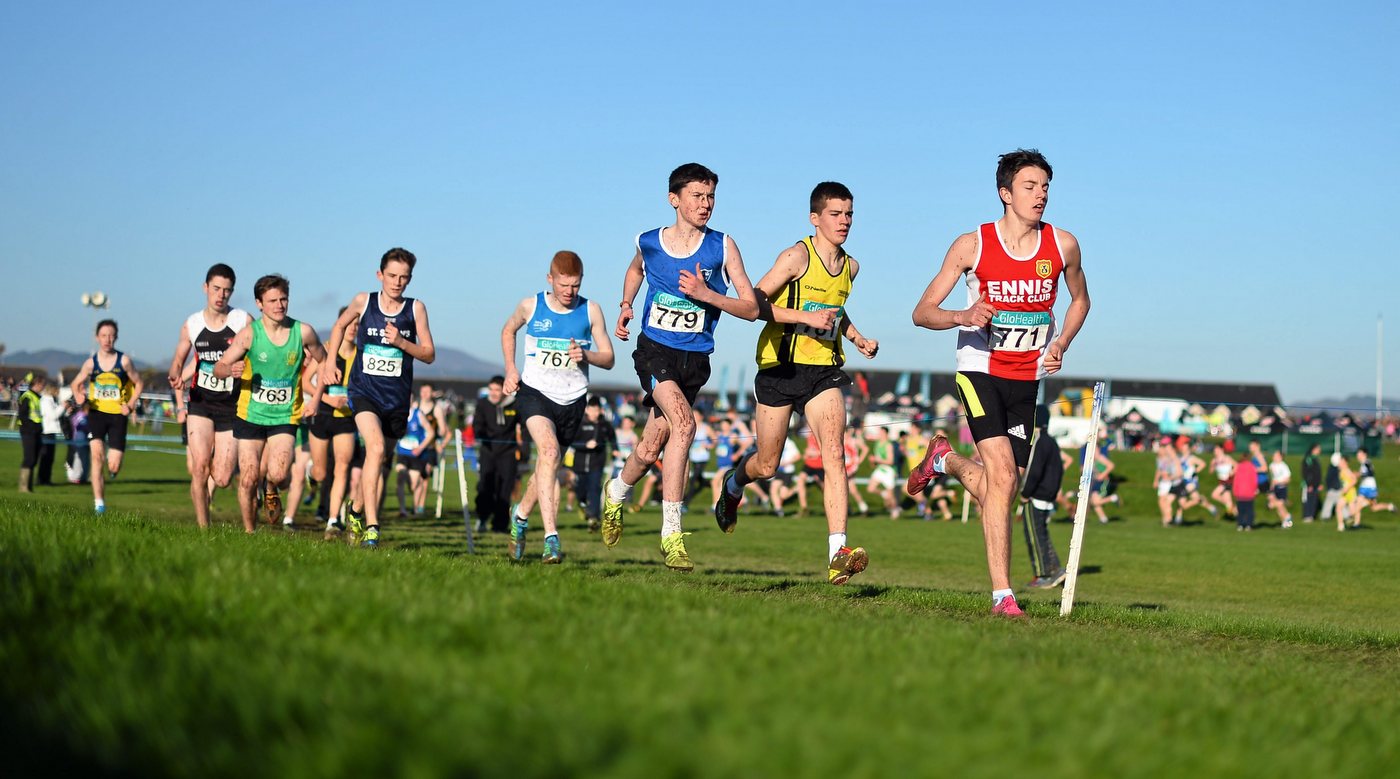 The GloHealth Novice and Uneven Age Cross Country Championship take place in Santry Demesne this Sunday, 7th of December. The event brings together over 1,500 of the next generation of cross country stars competing in the juvenile races along with nearly 600 club athletes contesting the men’s and women’s novice races. A feast of cross country action is in store with the U11 girl’s beginning proceedings at 11.30am and the twelve race programme concluding with the novice men at 3pm.

Information on the traffic management plan and the timetable are available: HERE

A huge field is expected for the final race of the programme the novice men’s race at 3pm. Club athletes from all across the country will battle it out for individual, club and county team titles. John Frazer (Crusaders AC) was in supreme form winning the Dublin novice title, if he can replicate that form on Sunday he will be hard pressed to be beaten. Others performing well at regional level included Michael Harty (East Cork), Thomas Moran (Meath), Dara Chesser (Ennis Track) and Lochlainn Connolly (City of Derry Spartans AC).

As always there will be a fierce battle for the team medals with 27 club teams entered. Demonstrating the popularity of the event Dublin club Donore Harriers have five teams entered.

Aisling Nic Dhomhnaill (Donore Harriers), Niamh Donnelly (Celtic DCH) and Laura McDonnell (Tallaght AC) all had good showings at the Dublin novice championships are likely to challenge again on Sunday. Donnelly will also lead a strong Celtic DCH team as they bid for the team title.

Shona Heaslip is the current Munster Novice champion and along with (Sharon Grant (Portlaoise AC) and Shauna McGeehan (Letterkenny AC) are all likely to feature in Santry.

Along with Ireland’s top domestic athletes competing the next generation of cross country stars will also be on show in Santry taking part in the Juvenile Even Age Cross Country Championships. It promises to be a day of pulsating action in Santry with over 1,500 athletes set to compete.