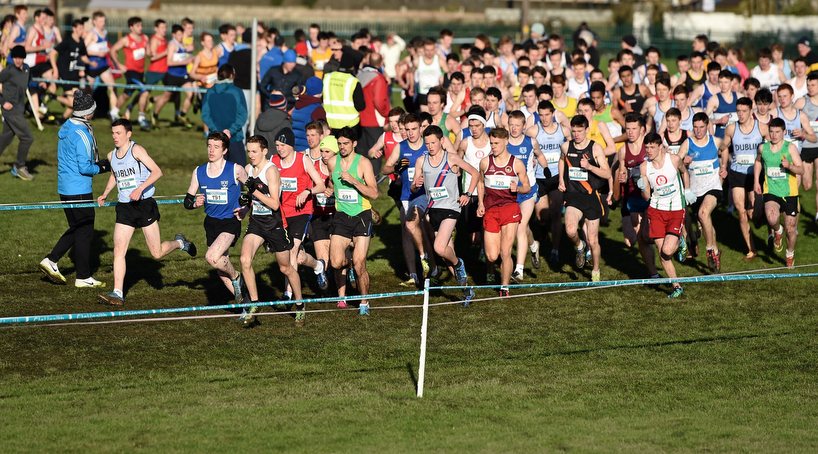 Many of Ireland’s leading endurance athletes will head to Kilbroney Park, Co. Down for the GloHealth Inter Club Cross Country Championships this Sunday, 1st of March. An exciting juvenile inter county relay event will proceed the junior and senior races with the action getting underway at 12pm. Defending men’s champion  Mick Clohisey (Raheny Shamrock AC), Dundrum South Dublin duo Brendan O’Neill and Maria McCambridge are three of the athletes to watch out for in the senior races on Sunday.  Kevin Mulcaire (Ennis Track) and Hope Saunders (Clonliffe Harriers AC) are the leading lights in their respective junior races.

A week after winning the 3,000m title at the GloHealth Senior Indoor Championships McCambridge will be confident of a good showing over the 8,000m course in Kilbroney Park. McCambridge will lead a strong contingent from DSD including Michelle McGee and Sarah Mulligan who finished second and sixth respectively at last year’s event.

Defending champion Sarah McCormack (Clonliffe Harriers AC) is back to defend her title and along with club mate Barbara Sanchez will pose a serious threat to the DSD stranglehold.

Defending champion Mick Clohisey (Raheny Shamrock AC) is back to defend his title and will start as the slight favourite in the senior men’s event. Clohisey has excelled over the roads and the country over the last twelve months and will once again mount a serious challenge to win the title.

Clonliffe Harriers are fielding a strong team in the men’s event with Mark Kennelly and Sergei Ciobanu leading the charge. Both athletes more known for their marathon exploits will try to make their strength tell over the testing 12,000m course. Brendan O’Neill (Dundrum South Dublin AC) seems to be rounding into form at just the right time after a third place showing over 3,000m at the Senior Indoor Championships last weekend.

Ireland’s leading duo in the junior races at the European Cross Country Championships in December was Kevin Mulcaire (35th) and Hope Saunders (33rd). Both athletes are at home on the country and will start as favourites in their respective junior races this Sunday.

An exciting selection of relay races will begin the programme at 12pm with national titles up for grabs in the U12 and U14 age categories. Donegal, Cavan and Louth will be out in force as each club team will field four athletes to complete a 500m leg. The pictures from the event will be posted on the Athletics Ireland Facebook page on Monday, 2nd of March and there will also be live updates throughout the day via our twitter page: @irishathletics