Britton is only one of two Irish senior athletes to have won medals at European Cross Country Championships taking back to back titles in 2011 and 2012 with Catherina McKiernan (1994) being the other. In last year’s championships in Belgrade, Serbia she placed fourth. The 30 year old will receive her 31st cap for Ireland to place her third on the all-time list of International appearances for Ireland with Anne Keenan Buckley just one cap behind Derval O’Rourke and three caps behind Sonia O’Sullivan.

The Wicklow athlete has competed in a number of domestic Road Race and Cross Country races as part of her preparation including securing victory at the GloHealth Inter County Championships in Dundalk  last weekend. Britton is set to race in the competitive Cross De L’Acier in France next weekend to round off her pre-championships race schedule.

Chris Jones, National Endurance Coach commented: “Fionnuala’s preparations have been building very well and as a former double champion is looking to improve on her fourth placing from last year”

He added: “Overall team preparations have gone well with altitude training camp in Font-Romeu for both Senior and U23 athletes. The Irish based Junior athletes have been involved in a series of endurance camps on the lead up the championships led by Steven Macklin and Joe Ryan. We will be looking for teams to deliver top five placings” 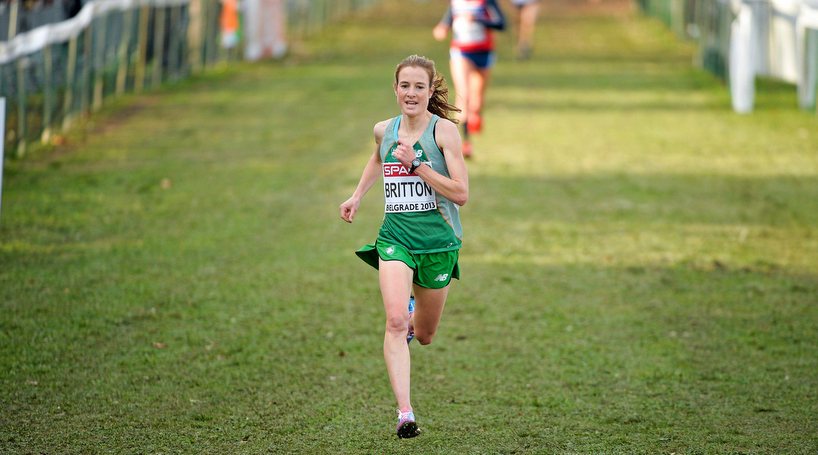 The Senior Men’s team who also placed sixth last year will be led by team by Paul Pollock (Annadale Striders) who won the GloHealth Inter County cross championships in a highly competitive race of the day with only 3 seconds separating the top three.   He will be joined on the team by second and third placed finishers from that race, Mark Hanrahan (Leevale A.C) and Mick Clohisey (Raheny Shamrock A.C). The remainder of the team are Kevin Maunsell (Clonmel A.C), Brendan O’Neill (DSD AC) and Kevin Batt (DSD AC).

The Irish team will face a challenging course in Samokov, set on the mountain resort of Borovets it will be undulating and at a slight attitude of 1350m with conditions likely be dry but freezing. The team will travel to the championships on Friday the 12th of December. The US based collegiate students will arrive earlier than the rest of the team into Samokov on the Wednesday giving them time to adjust to the time zone given those who competed in NCAA a 3 week recovery time.

There has been a shift from Team Management for Senior Teams to the appointment of Team Captains who will be announced on the 2nd of December. This decision has been made to allow for the more experienced athletes to take ownership and leadership and to foster a culture of collaboration and performance. The team support for U23 and Junior athletes have been working alongside athletes and their coaches in the lead up to the championships and will support and guide them through the championships.

Chris Jones:  “I am delighted that we have begun to bridge a gap in the women’s U23 category and that we will field a team this year in this category with all of the athletes selected finished within 47 seconds of each other at the Inter counties”. We will continue to work with our Junior athletes to progress to a point where we can field a competitive team. We also see these championships as an important stepping stone on the path towards the European Indoor Athletics championships in March.”