Seven CBP Set on Day One of Juvenile Champs 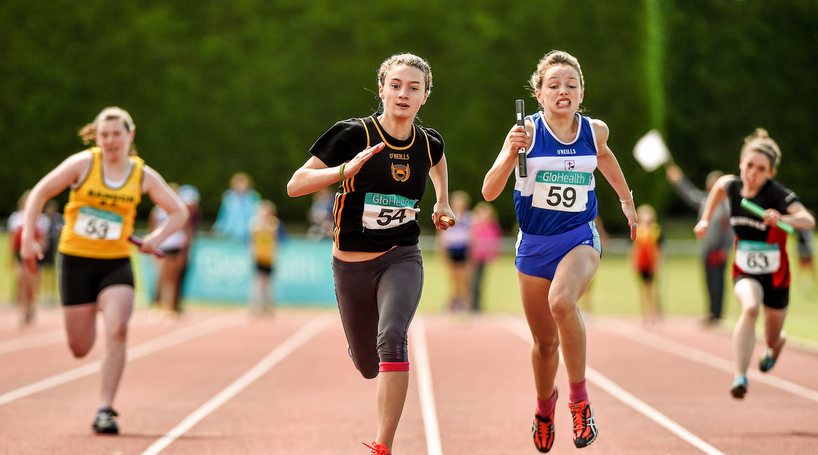 The GloHealth Relay Championships of Ireland provided an exciting day’s competition with the very best club relay teams battling it out for the national titles on Saturday, 5th of July. There were seven new championship best performances set on an exhilarating day of competition in Tullamore Harriers Stadium.

SLOT dominated the girl’s U14 race setting a new CBP of 51.41 with Cork club Leevale AC winning the boy’s equivalent in a time of 50.18 (CBP).  Emerald AC girl’s teams had a clean sweep in the U15, U16 and U17 age groups winning all three national titles.