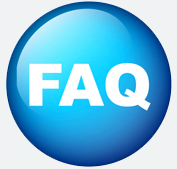 Lynch represented his country at the European Championships back in 2016 in the 400m event.

He was part of the Ireland team that ran in the 2015 World Relay Championships alongside Thomas Barr, Dara Kervick, Brian Murphy, Brian Gregan and Richard Morrissey.

Lynch was a teacher and hailed from Shercock in Co Cavan.

Shercock AC posted on social media: "Following the tragic death of Craig Lynch, one of our most talented athletes, in a car accident last night, our thoughts and sympathies are with his parents, brothers, sisters, daughter, fiancée and all family members, indeed the whole Shercock community at this sad time. Rest in peace Craig."

May he rest in peace.