A marathon of athletics action in Norway came to a close on Sunday afternoon with Ireland finishing 7th at the European Team Championships in Sandnes. The 227 point total secured Ireland’s place in the ‘First League’ of the championships which will take place in 2021. 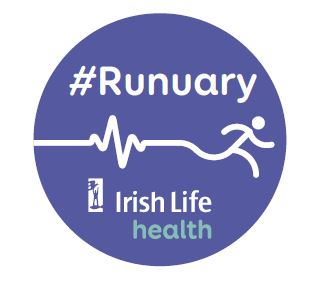 Day 1 in Sandnes saw an excellent showing in tough conditions, and meant Ireland had a strong hand heading into the finals across Saturday and Sunday.

Saturday got off to a flying start with Thomas Barr securing 8 points with a 4th place finish in the 400m hurdles final. Team captain Saragh Buggy added to the team’s total with a 8th place finish in the triple jump final. This was shortly followed by another 9 points, as Ciara Neville put in a stunning seasons best (13.24 into 1.8 headwind) to see her come home in 3rd place in the 100m final.

Claire Tarplee battled bravely to 6th place and a personal best of 9.54.63 in the 3000m final to add an additional 6 points to the overall total. There were notable performance throughout the day as Katie Kirk (800m), Michaela Walsh (Hammer), Sharlene Mawdsley (400m), Ryan Forsyth (5000m), and Michelle Finn (3000m SC) all added to the overall team points.

Christopher O’Donnell was the Irish highlight on day 2 with his stunning second place in the 400m final (46.70 sb) winning 10 points for his team. Andrew Coscoran (1500m) and the 4x100 relay teams rounded off an impressive day 2 to leave Ireland sitting in 6th place heading into the final day.

Ellen McCartney (Pole Vault), Denis Finnegan (Triple Jump), and Gerard O’Donnell (110m Hurdles) lead Ireland into day 3, and all secured valuable points to maintain the 6th place position. Sarah Lavin (100m Hurdles) was unlucky to pick up a DQ before a classy performance from tam captain Mark English in the 800m secured Ireland’s second ’10 pointer’ thanks to his second-place finish.

Colin Quirk (Discuss), Sean Roth (Pole Vault), Amy O’Donoghue (1500m), and Michaela Walsh all performed well to secure what would be vial points in the final overall team standings. This was followed by a 40 minute blitz of brilliant performances as Jayme Rossiter (3000m SC), Pippa Rogan (High Jump), and Marcus Lawlor (200m) all finished in 4th place for a combined haul of 24 points.

Fionnuala McCormack took to the track in the 5000m at 1.40pm. Leading for most of the race, it was only in the last few laps that Fionnuala relinquished the lead to eventually finish third. Fionnuala’s 3rd place finish (9 points) kept Ireland in a tight battle for placings with Romania and Hungary.

Valuable contributions from Ruby Millet (Long Jump), Stephen Rice (Javelin), and John Travers (3000m) meant it came down to the 4x400 teams to secure ‘First League’ status for Ireland in the final 2 events.

The women’s 4x400 team led the way, winning their ‘A Final’ in 3.35.77 which secured the 4th fastest time and 8 points. The men’s team followed suit, and a gritted final leg saw them also win their ‘A Final’ in 3.08.84.  This time proved the be the 3rd fasted overall, and secured Ireland’s status in the ‘First League’ of the European Team Championships by 1.5 points over 8th placed Romania.