At the end of the Easter holidays (22nd to the 27th April 2022), seven Sacred Heart School, Tullamore athletes along with ten Coláiste Mhuire, Mullingar athletes, Team Managers and Head of Delegation Anthony White, travelled to the 25th edition of the World Schools Cross-Country Championships at the sports complex at Strbské Pleso high in the Tatra mountains of Slovakia.

Sunday morning seen the Girls race get under way, with a tight start and a very fast early pace being set by the Moroccan, Spanish and French squads. Following smart tactics the Girls Team sat back in the pack in the early stages. As the race progressed, the fog that had covered the lake and the mountains surrounding the course lifted and you could make out the Sacred Heart girls picking their way through the field. In the final mile, early stages tactics paid off as they began the climb towards to the front of the, passing the early leaders on the way. The Teams strong commintment to training and coaches guidance coming to fruition on the course. Sinead Walsh and Andrea Ryan were first home in their respective races, both coming in 21st over all. The Team showed a world class display against their global competitors to come in 6th overall, just behind pack leaders Spain and Morocco.

The team are very grateful to their sponsors, supporters of the fundraising raffle and the school management for all their support in recent weeks as they prepared for the championships. The sponsors Tullamore Lion’s Club, Tullamore Harriers, Print Plus, Supermac’s, Tullamore Rotary Club, the Bridge House, Tullamore Credit Union, Brú Brewing, O’Sullivan’s Centra, and The Coffee Hut were all very generous and the girls really appreciate their support. The fundraising table quiz that was organised also had prizes generously donated by The Flower Bar, Midland Books, Jenny’s Kitchen, Conway and Co., Telfords Portlaoise and Stodge Face Tullamore.

In the Boys race, after a fast early pace set by the English, Turkish and Moroccans, the Mullingar Boys followed the trusted tactics of a final mile dash which proved successful for their female counter parts earleir in the day. The Team pushed hard in the final mile, where the heart and determination of these young athletes seen them cross the finish line in strong positions. Diamuid Fagan and Conor Liston were frst home in their respective races, with Fagan finishing within the Top 20 of his race. In the Team scores Ireland came 6th behinf France and Morocco.

The Team are very grateful to their sponsors and the school management for all their support in recent weeks as they prepared for the championships. The sponsors Decotek Automotive, Moyvore Whiskey Vault, Mullingar Rotary, Mullingar Harriers Mergon, TEG and O’Briens Motor Group were all very generous and the lads really appreciate their support. Coláiste Mhuire has built a string tradition in endurance running in recent years. Only last December Jamie Battle won a medal at European cross country championships, while names like Cormac Finnerty, Mark Christie and Martin Fagan will be familiar to many fans of the sport. 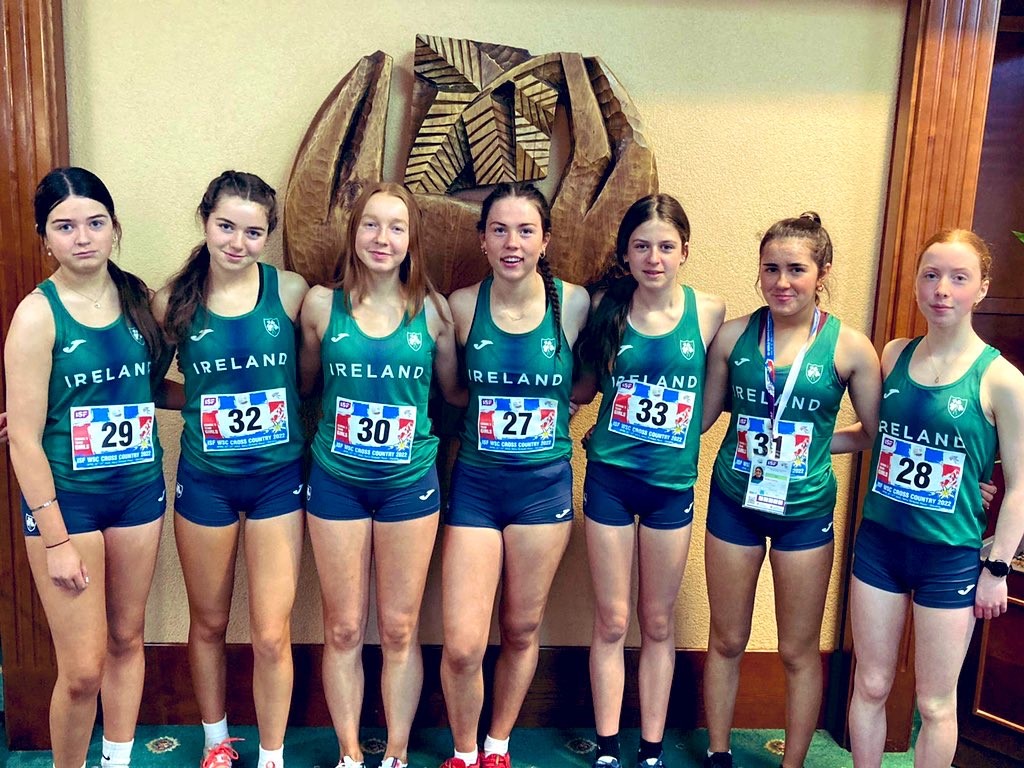 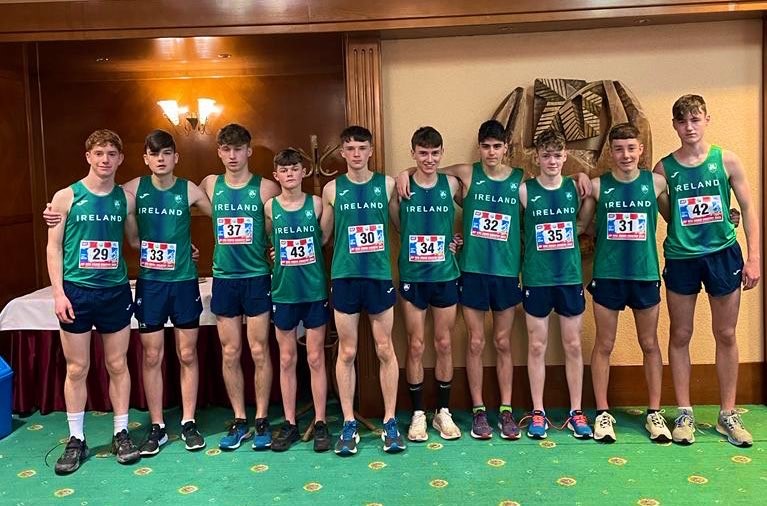