Killybegs AC made history in Tullamore on July 16th, when they became the first athletic club in the country to include Ukrainian athletes in their team for a national championship. When Ukrainian families came to Killybegs in April, fifteen of the children were allotted to Fintra National School where Mary and Bernie O’ Callaghan coach athletics. The children quickly took to athletics and were invited to join Killybegs AC where they have contributed massively since joining.

The first success came in the County Primary School Championships in Finn Valley where Fintra won the U/12 girls relay, they then competed in the County Juvenile Championships in Letterkenny and won medals in shot, javelin, race walking and long Jump. They finished outside the medals at the Ulster Championships in Clones and the Antrim Forum, but they headed for the ‘B’ Championships which were held in Tullamore on July 16th. The 5am start from Killybegs did not discourage any of the excitement as the team made their way to Tullamore.

The girls were first into action in the shot where amazingly the Killybegs Athletes finished in the top three places. Sofiia Troian, was the winner with Yava Yavorska in second and Sonya Melanik in third, all three girls attend Fintra National School. 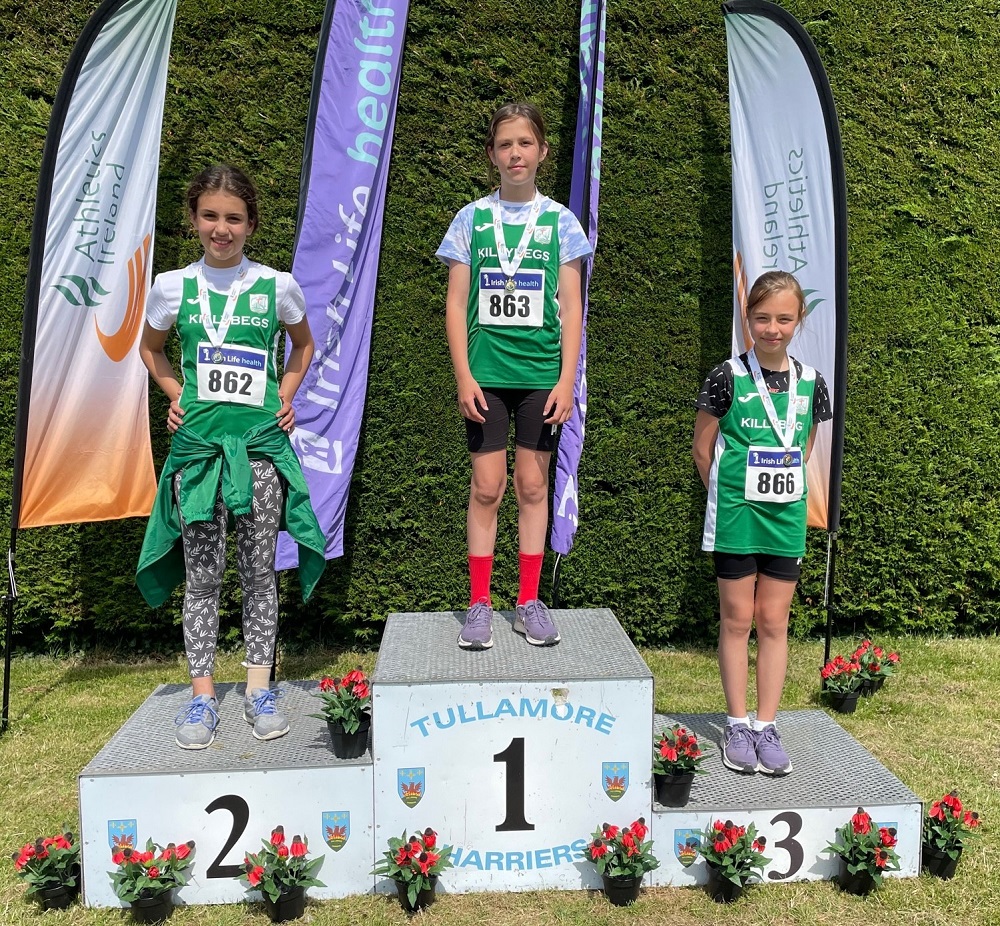 In the boys shot Arsen Ilika had to fight hard to finish in the medals, lying in fifth place starting the last round he improved by over a metre with his last throw to finish in the top three. Arsen is a first-year student at St Catherine’s Vocational School in Killybegs.

Congratulations to the athletes and all in Killybegs AC who supported their fantastic achievements.