Lavin lowers PB as Power back on podium

Sarah Lavin broke her personal best twice on the way to third in the 60 metres hurdles final at the World Indoor Tour in Madrid.

Lavin had clocked a PB of 8.14 seconds to come through her semi-final before storming to a 8.13 to take third place in the final. 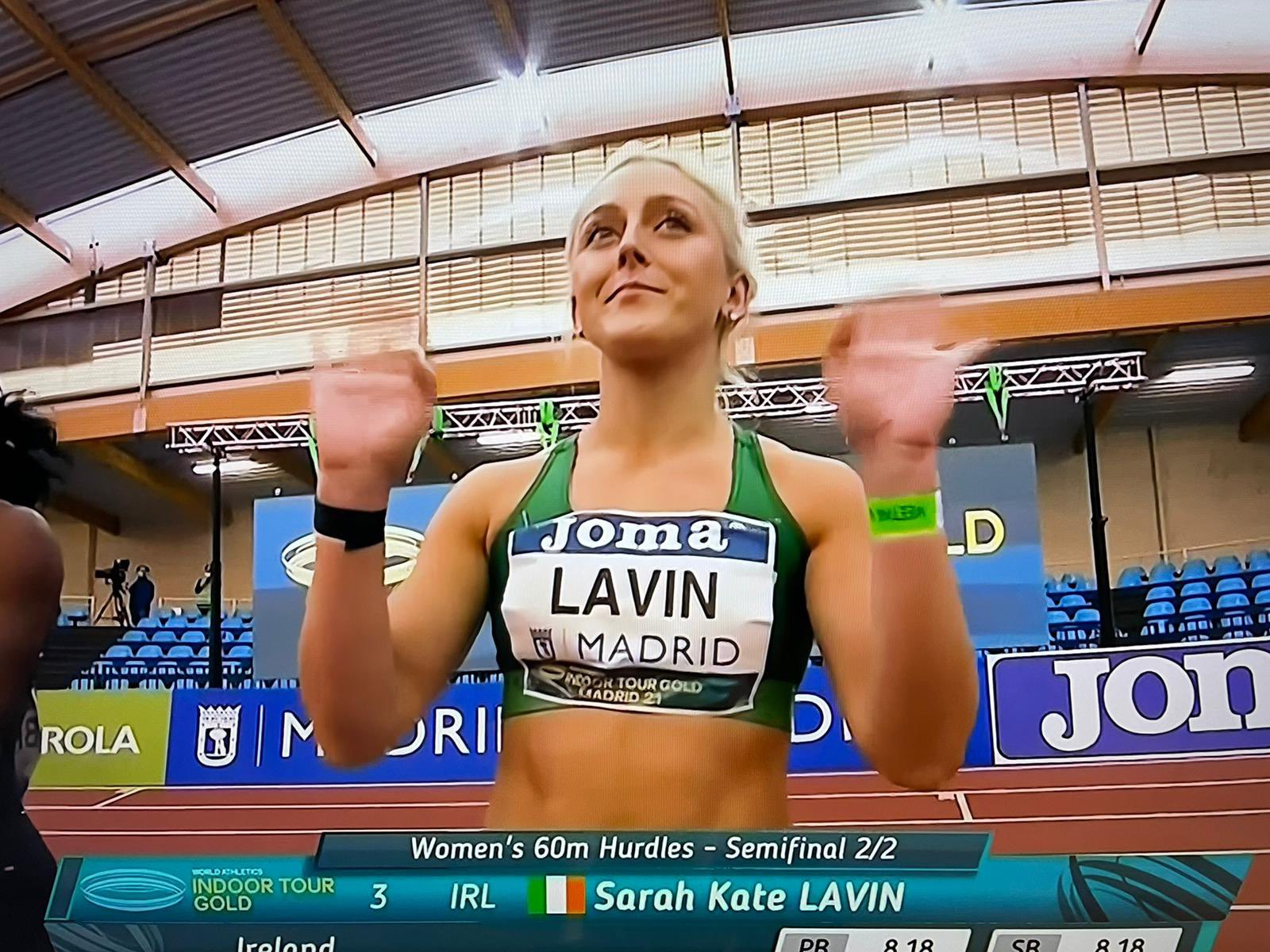 Lavin will be delighted with her final race as she heads to Torun for the European Indoors in top form. Nadia Power was also in action and back on the podium in the women's 800m final.

She continued her impressive 2021 form which has seen her battling for top 3 positions on each time she has taken to the start line. Power looked comfortable for much of the race but a strong finish by Spain’s Esther Guerrero Puigdevall saw her overtake the DCH athlete coming to the line. 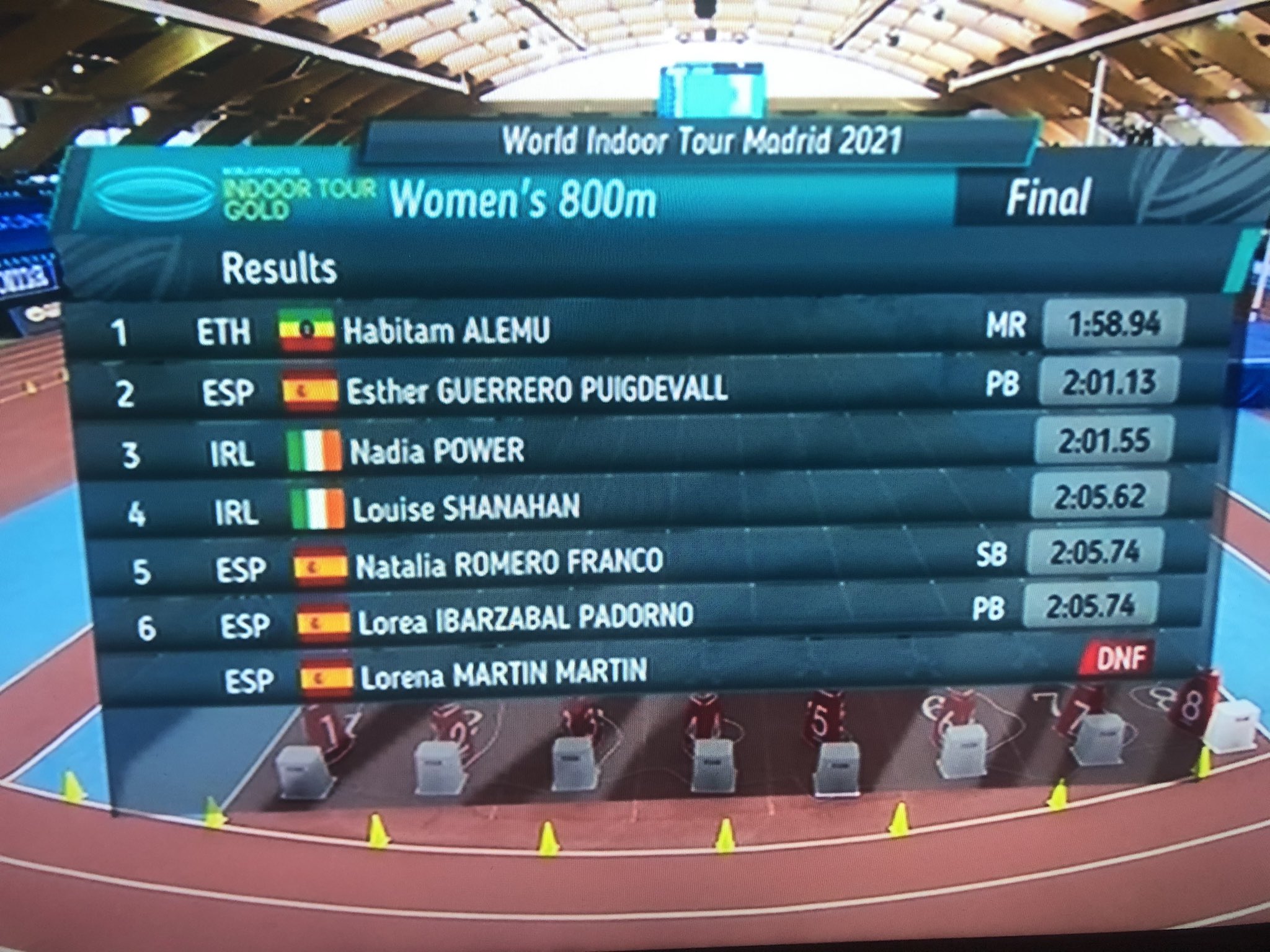 Power's time was her second fastest time ever over the distance indoors and has strengthened her Olympic qualification place with the points gained from the meet.

Leon Reid finished sixth in a time of 6.74 in his 60m heat, just missing out on the final.

Andrew Coscoran completed the Irish team in action in Madrid where he finished in a time 3:37.20 in the 1500m.