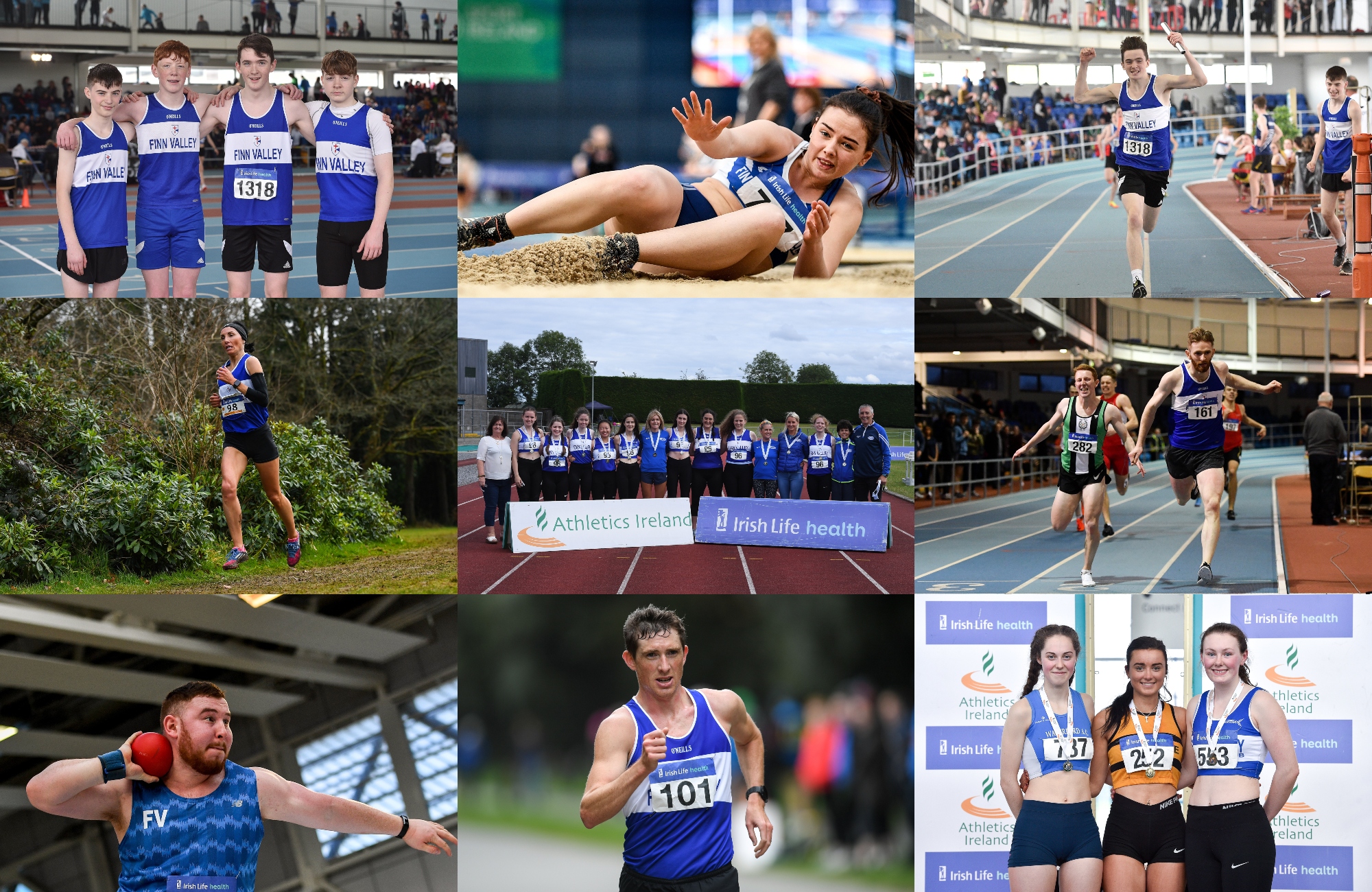 Next year 2021 Finn Valley A.C. the East Donegal club will celebrate 50 years a celebration of development of a club that began life in the local gaelic field and currently sits on a 15 acre site having purchased a disused factory and adjacent  land   delivering not only a vibrant athletics programme to young and old but acts as a hub for multi activity within the Donegal area that encompasses swim pools , sauna ,spa ,steam room ,400m track, rugby and soccer play areas ,jogging trail , 4 x 4G astro pitches, Large hall,  weight and conditioning area, accommodation ensuite, restaurant /bar with social area. It is in effect a Community Sports Hub which employs  45 people some of whom are part time with doors open 6 am to11 pm each day hosts conferences and local social occasions

It began humbly with an Autumn evening meeting in the local hotel to access interest in 1971 called by current chair Patsy Mc Gonagle and thankfully it was full steam ahead from that point in the local training areas of the time golf course , forest, Gaa field early concentration on cross country hence this new activity for the youth begun families bought in and success at Donegal and Ulster level followed quickly indeed one of the early success stories was current AAI  Chair of High Performance Neil Martin taking the Ulster novice x country title on a wet wet day in Omagh . School sports became the conduit for engagement in the following years and many local teachers became involved but the battle was far from won as not all engaged but over the years in the interim all have and the Finn Valley schools project now reaches out county wide to all with 3 development officers employed   supported by AAI dev. officer Dermot Mc Granaghan to good effect delivering cross country ,sportshall ,Fastest Child and post Easter track / field now in its 50th year . Additionally its a coaching hub for delivery of  Ulster / AAI coaching.

The club are justifiably proud of their facilities indeed they developed their tartan track some 10 years ago with a spend close to 1million without any central government support and justifiably proud of their participant levels and success at all levels juvenile ,senior, masters, FIT4Life and most recently launched an after school Active Play session for the 3 to 7 year olds  covering practically all the disciplines and their commitment to national is second to none overcoming the ardous journeys in the seventies to more easily accessible nowadays including travel to international opportunities . They have provided many members that have officiated at Ulster and national, international level in various capacities  names that come to mind Neil Martin , Seamus Mc Granaghan , Dermot Mc Granaghan , Tom Thompson ,Mark Connolly , Mary and Bernie O Callaghan and further to that have played their part with provision of members to Donegal and Ulster boards . Pleased to have hosted Donegal,ulster and national events plus Ulster schools on an ongoing basis at their grounds both cross country, road and track /field.

Now a clearly established club in every aspect future plans include development of a stand alone cross country course and 3 4g full size playing pitches plus a pole vault area.

We are a club that have in that 50 year period competed from children playing in Little Athletics to representing Ireland as national champions in the European cup to representation at members in Olympic Games ,world and European championships Contribution immensely to our local Donegal community of which we are proud Club leaders are  Presidents  Peader Mc Granaghan and Patsy Mc Ginley ,