In 1976, New Ross Athletic Club, began life with our current coach Mel Heynen (also the clubs sole Honorary Lifetime Member) and New Ross native John Delaney, among the founder members. The club amalgamated with other clubs in the locality and during the 1980’s, adopting the United Strider Athletic Club name (USAC) . There was lots of success in the early years, with both the senior and the juvenile sections thriving. The club earned a strong reputation in middle / long distance events and produced several athletes who gained success at national level including Olympians, Andy Ronan and Jimmy McDonald. However, in the early 2000’s membership dropped to single figures and for a number of years, the club had no representation at the county flagship events. In 2008, the club made significant changes that would lead to USAC re-establishing itself as one of the most prominent athletics clubs in the southeast. At time of writing, we have over 280 members, in thriving senior and juvenile sections. Participation at training sessions are at all-time highs, with all age groups achieving success in the various running / throwing / jumping / walking disciplines. 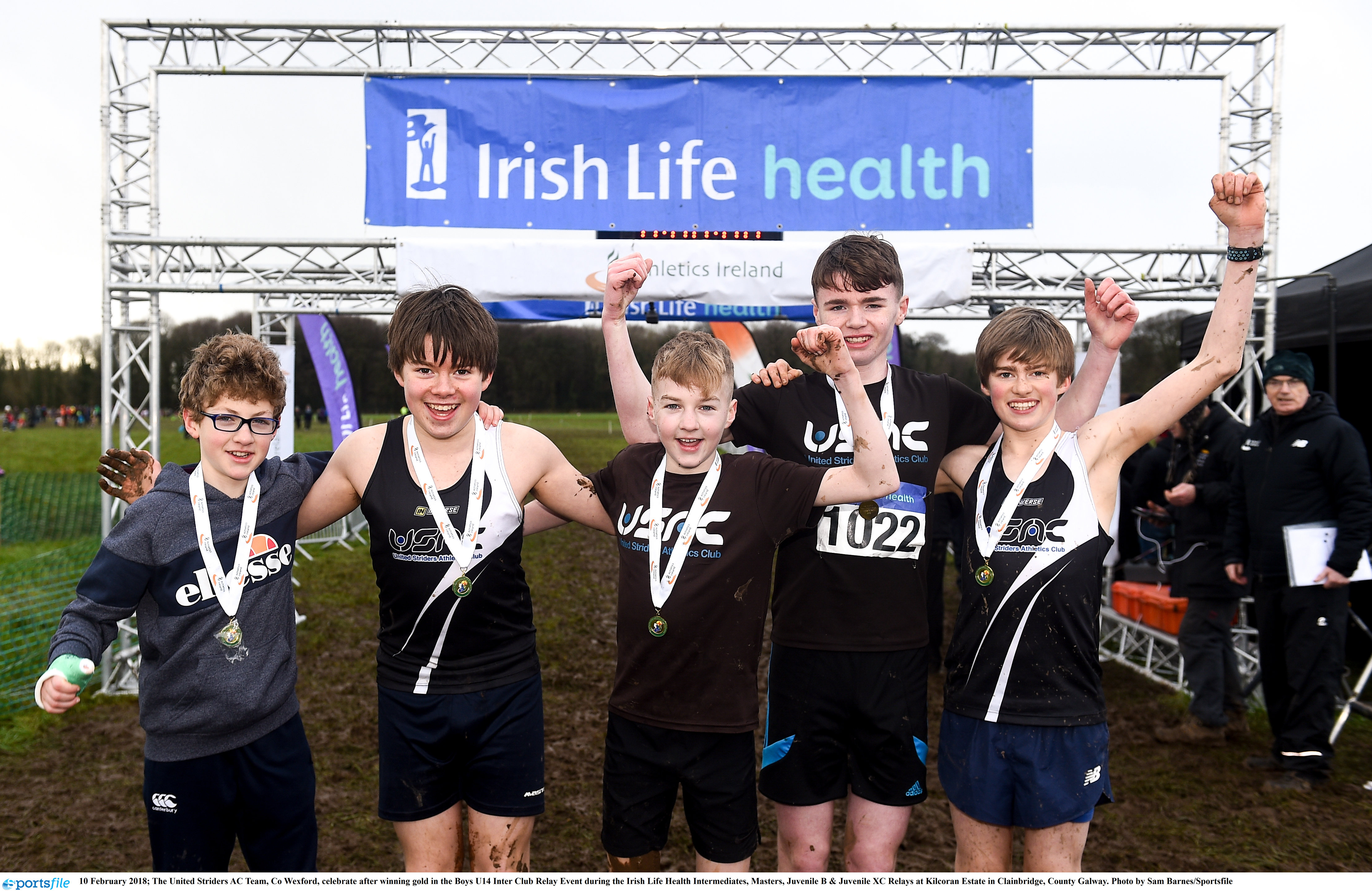 Kathleen Flannelly was pivotal in the organisation of a new committee, improved structure around our training sessions and an aggressive juvenile recruitment drive, some ten or so years ago, that laid the foundation for a turnaround in club fortunes. With a small squad of under-age athletes, the club returned to competition in the late 2000’s, competing in the Wexford Juvenile Track & Field and Cross Country events. Around that time, the clubs senior section consisted of a handful of dedicated middle distance athletes, but rarely enough to make up a team at county road and cross-country events. Colin Byrne and Athletics Ireland were of great support in establishing good practices and helped a number of our coaches attain AAI coaching certification, at this time. Juvenile training sessions mushroomed in popularity, with kids having great fun and gaining exposure to all the various athletics disciplines. In competition, the Striders juveniles were starting to achieve some great results at county, provincial and even national level. Meanwhile the club senior sections were undergoing a similar resurgence, acquiring new joiners and starting to make an impact in competition again.

Fast forward to 2020 and the United Striders has never been in better health. Placing a strong focus on the long-term development of young athletes and providing a pathway for them to progress on to a thriving senior section is starting to reap rewards. In 2018, the first of our athletes who came through our juvenile system following the 2008 restructure, represented the club at senior level, in the Wexford cross-country championships. At juvenile level, we measure our success in terms of the level of participation at training each week and the retention of our members each year. Our levels of participation would be the envy of many a club, with over 100 juveniles, training on the track every Wednesday evening, no matter the weather. This is largely attributable to the dedication and hard work of our coaching team, with a huge depth of experience and knowledge, ensuring that all training sessions are well planned, fun and focused on the long-term development of our athletes.

It all starts with our youngest members (7-10 years) coached by head coach Brendan Murphy and assisted by Lettie, Beth, Mary and Caroline. Brendan does a tremendous job at providing this group with as much fun as possible whilst also developing their fitness and love for the sport.

After years of fun and after achieving a certain level of fitness, our young members progress from onto our development group, coached by Emma Hewlett and Sonya Byrne, where the athlete’s skills at the various disciplines and love for the sport are nurtured and developed for many years. Often this group of youngsters can be heard singing out loud, with joy and merriment, as they stride through the town of New Ross on their weekly run. 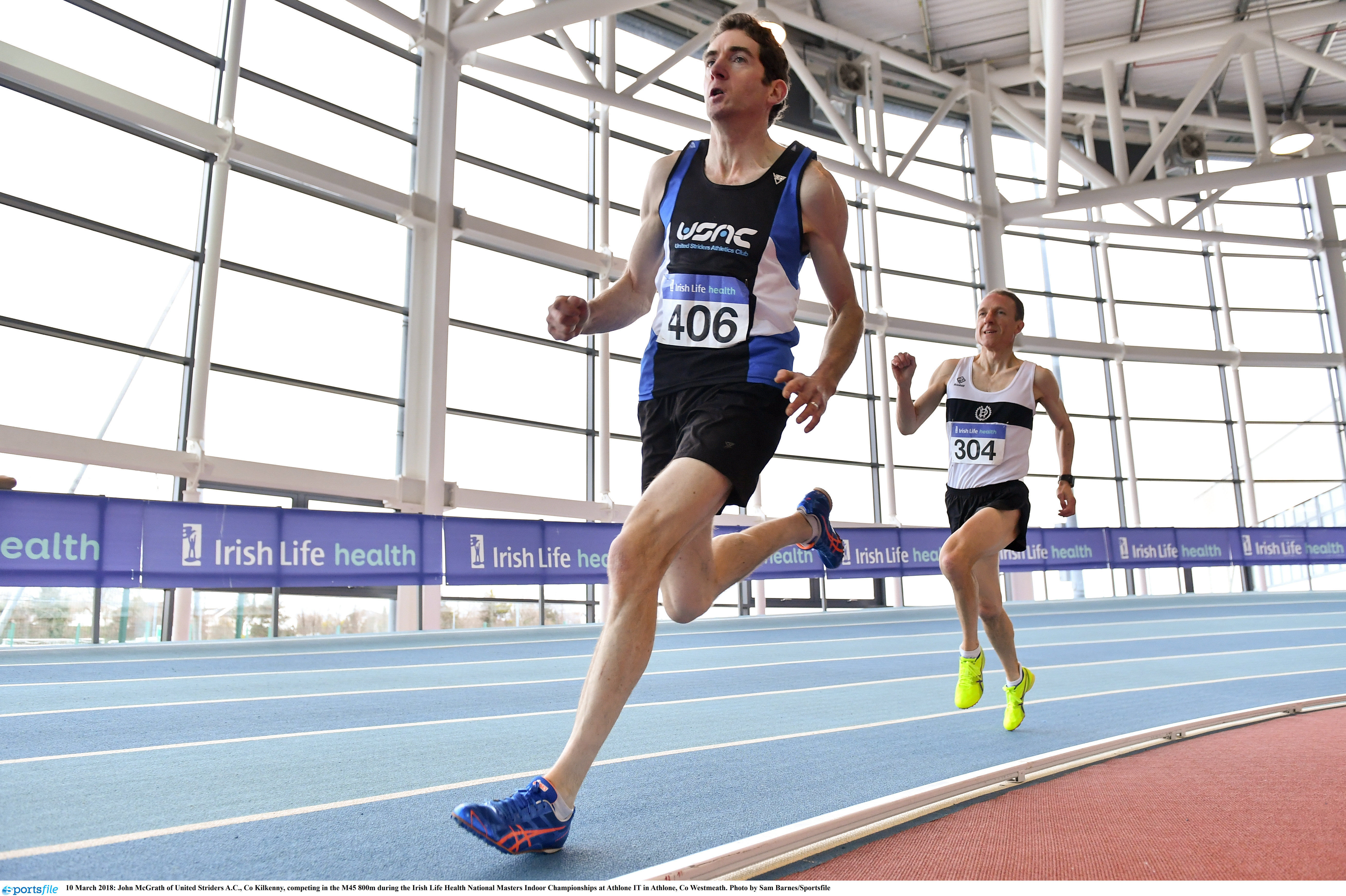 As they mature through to their teenage years, the kids move on and are trained by head coaches Ted Flannelly and Mel Heynen, who between them have over fifty years of coaching experience. Their love and passion for running, exudes from every pore in their bodies and that passion is transmitted to all our athletes. Both very accomplished runners in the past, Ted & Mel are widely respected for their coaching abilities and they take pride is assessing everyone’s needs, ensuring that they all get the most from each training session. They are assisted by Kathleen, Linda and Elaine every week, whose hard work and dedication, greatly contributes to the club’s success.

Mel also has a dedicated session on Monday afternoons for secondary school athletes, with assistant coaches Gavin, Sonya and Elaine. A great training session where the banter and craic normally ensue.

We have been lucky enough in that past few years to have been joined by Vance O’Reilly who brings a vast wealth of knowledge and experience as our sprint and field events Head Coach.  Vance is assisted by Nora Muldoon and offer training to our athletes that want to specialise in sprint or a field event.

Due to the hard work and dedication of our coaches and several parents, the club has five coaching sessions a week for our juvenile members. The chairman, Conrad Shannon, with the help of Athletics Ireland, started an initiative in 2018 to get it junior members on a coaching development programme, and we now have 23 junior coaches who have been awarded either the Athletics Leader or Assistant Coach certificate, or both. These junior coached are actively invloved with coaching newest members in our Saturday morning sessions, supported by our senior coaches Brendan and Paddy.

The club has great support from all the parents of our athletes, who are always willing to help out when needed and none more so that Sean Lennon, who arrives early for every event, to put up the team tent.

In recent years, the club has started to see all its hard work pay off in term of competition. Our athletes excel at county level in all disciplines of track & field and cross country. The club regularly wins “Best Club” at various Opens and has won the Wexford Winter League for the past five years running. We have won club gold at various age categories, at national cross-country level for the past 3 years and we’ve had individual all Ireland Champions at cross country and javelin, with those individuals representing Ireland internationally.

The senior section of the club is thriving under the coaching of Catherine Ronan, John Kent and Liz Keating. They have developed a fit-for-life program, attracting many non-competing athletes and been a driving force behind the Ladies teams and the recent Dublin City Marathon effort that had in excess of 40 Striders participate. Catherine has also been pivotal in setting up the New Ross Park Run, which attracts a good crowd every Saturday morning.

The Striders men’s teams are always very prominent on track, road and cross-country and in 2019 secured their first senior county cross-country club title since 1983. The senior’s men and women have also had great success at Leinster and National, senior and masters indoors event. 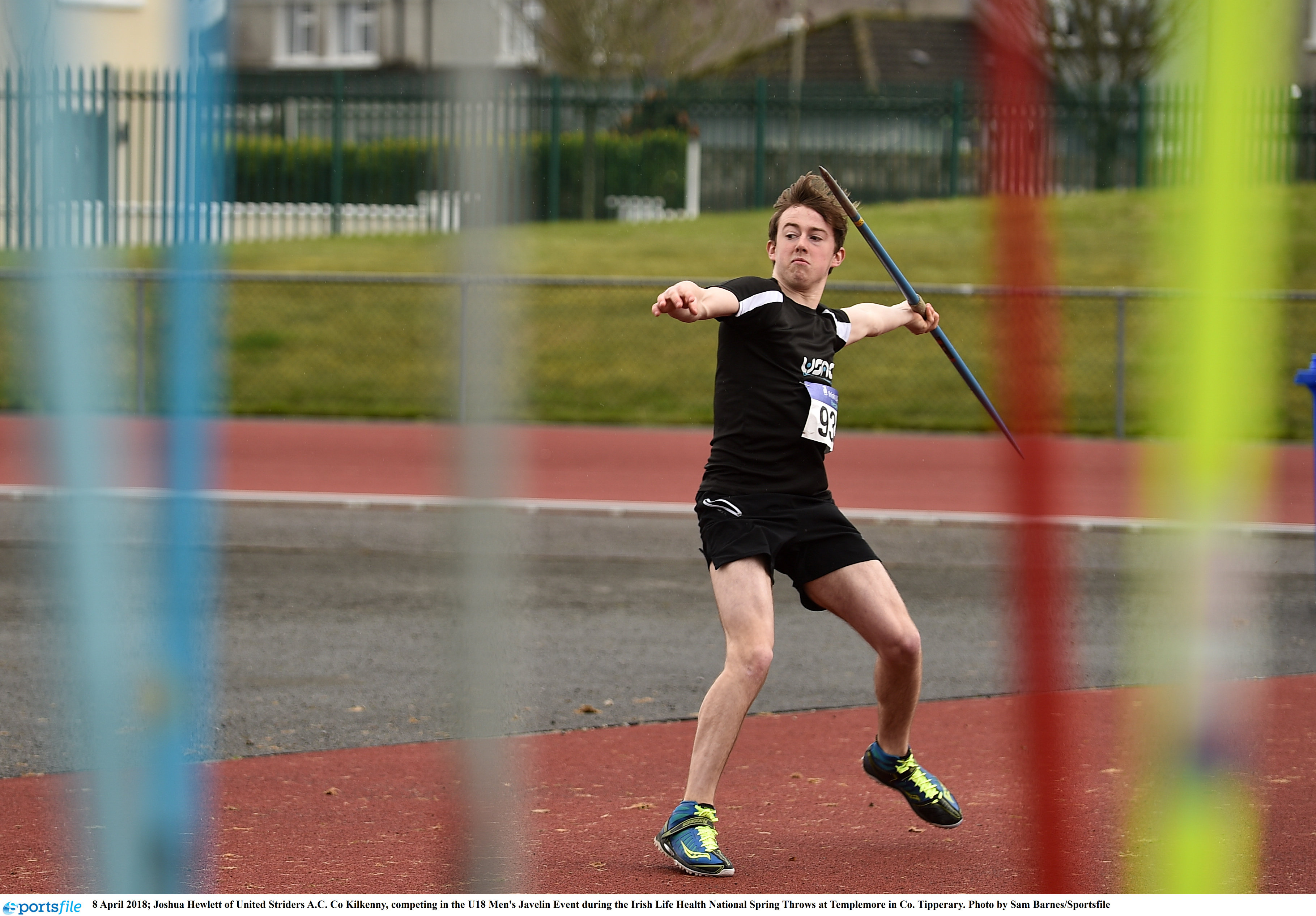 Looking forward, the future looks bright for athletics in New Ross. We look to continue making great strides in under age athletics, in keeping our teenagers active and providing them with a seamless transition to senior athletics. Look out for the black and white singlets at the next Leinster or national event.