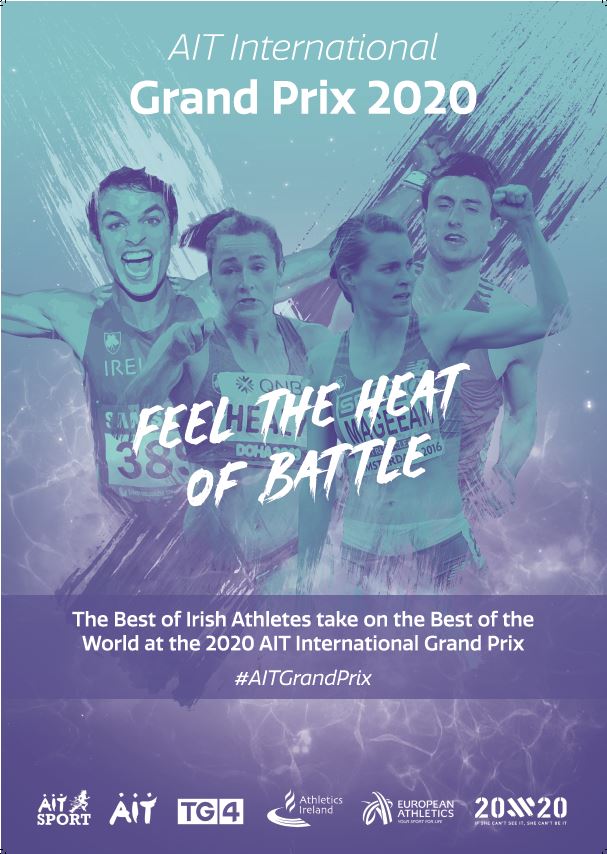 Return of SU Bingtian (CHN) who will open his season in AIT and will no doubt be looking for a sub 6.50 clocking and a world leading time. He goes against a quickly improving Yunier Perez (ESP) who has a PB of 6.49. British 100m Champion Ojie Edoburun will make his AIT debut along with British Indoor 60m Champion, Dominic Ashwell both of whom will be looking for fast times and ranking points to qualify for the World Indoor Champs.

A duel of the 400m, 400mH and 800m athletes as they face off over this unfamiliar distance. Former World Champion over the hurdles Dai Greene (GBR), former European 400m Champion Martyn Rooney (GBR) are the experienced athletes who will look to get one over on the younger upstarts who include Guy Learmonth (GBR), Elliot Giles (GBR), Zak Curran (IRE) and European medallist and home crowd favourite Mark English.

Current World Indoor Champion over 1500m and world record holder Samuel Tefera (ETH) opens his 2020 campaign with an attempt at the world indoor mile record (3:47.01). In this fast race it will be interesting to see how young Irish talent Darragh McElhinney, who took bronze at last summers Euro U20 Champs, will perform.

A strong event as the current national champions of Norway, Netherlands, Great Britain and Finland go up against a returning to form Shawn Barber (CAN), the 2015 World Champion with a best of 6.00m indoors.

The race will be set up for Ciara Mageean to chase an Irish indoor record, currently held by Mary Cullen with 8:43. Ethiopian 3000m Champion Kasanesh Buze will push Mageean hard for the win along with Camille Buscomb (NZL), Kriistina Maki (CZE) and Rosie Clarke all of whom are sub 8:55 athletes.