"It was a case of so near and yet so far for Donore Harriers in their respective premier division finals of the National Track & Field League at Tullamore on Saturday (20.07.2019), as both the men’s team and the women’s team came agonisingly close to getting amongst the medals.

The club’s president (outgoing) Iain Morrison was full of praise for the teams afterwards, acknowledging the contributions of the coaches, team captains and club director Maurice Ahern. In relation to the contest he said: “We had two teams out there today who challenged for medals up until the very last event (4 x 400m relays). The fact that we had two teams contest the final so keenly makes us one of the strongest clubs in the country”.

The men’s team captain David Campbell and women’s team captain Leonie Newman were also full of praise for their team members. Campbell told them: “You gave your all out there today, I could not have asked for anything more”, whilst Newman said: “We just need to build on this and come back stronger next year”.

The nucleus of both teams was derived from the transition of juvenile athletes to senior competition. The seed of the club’s development towards the historic double participation in the National League Final dates to Autumn 2011 when Maurice Ahern initiated a Coaching & Development Sub-Committee. The new group, which included captains and team managers, focused on squad training structures, coaching education, and better communication. It also looked at making optimum use of the club’s 5-lane 300m track through a ‘usage’ timetable and basic track rules.

In essence, it was about being a collective, the sum-of-the-parts. One integrant was to make the club more ‘athlete friendly’, allowing juvenile members to develop on a gradual basis according to age and ability; and, if deemed beneficial, to allow an athlete to move to another training group.

Perhaps key to the development programme was maintaining a good social ethos, particular at training sessions. The difficult part was building a camaraderie across the different club squads. One of the club’s primary targets was the National Track and Field League, not just because it is the most holistic event in the Irish athletics calendar, but due to it being an embracing social outing/gathering. On the day of the League Final developing athletes came together from a variety of training groups. Athletes were coached by Gerry Ronan (throws); John Geoghegan, Paul Clarkin and Emily Geoghegan (sprints 1); Ray O’Keeffe and Alex Conway (sprints 2), Gerry Naughton and Donal Iremonger (middle-distance) and Iain 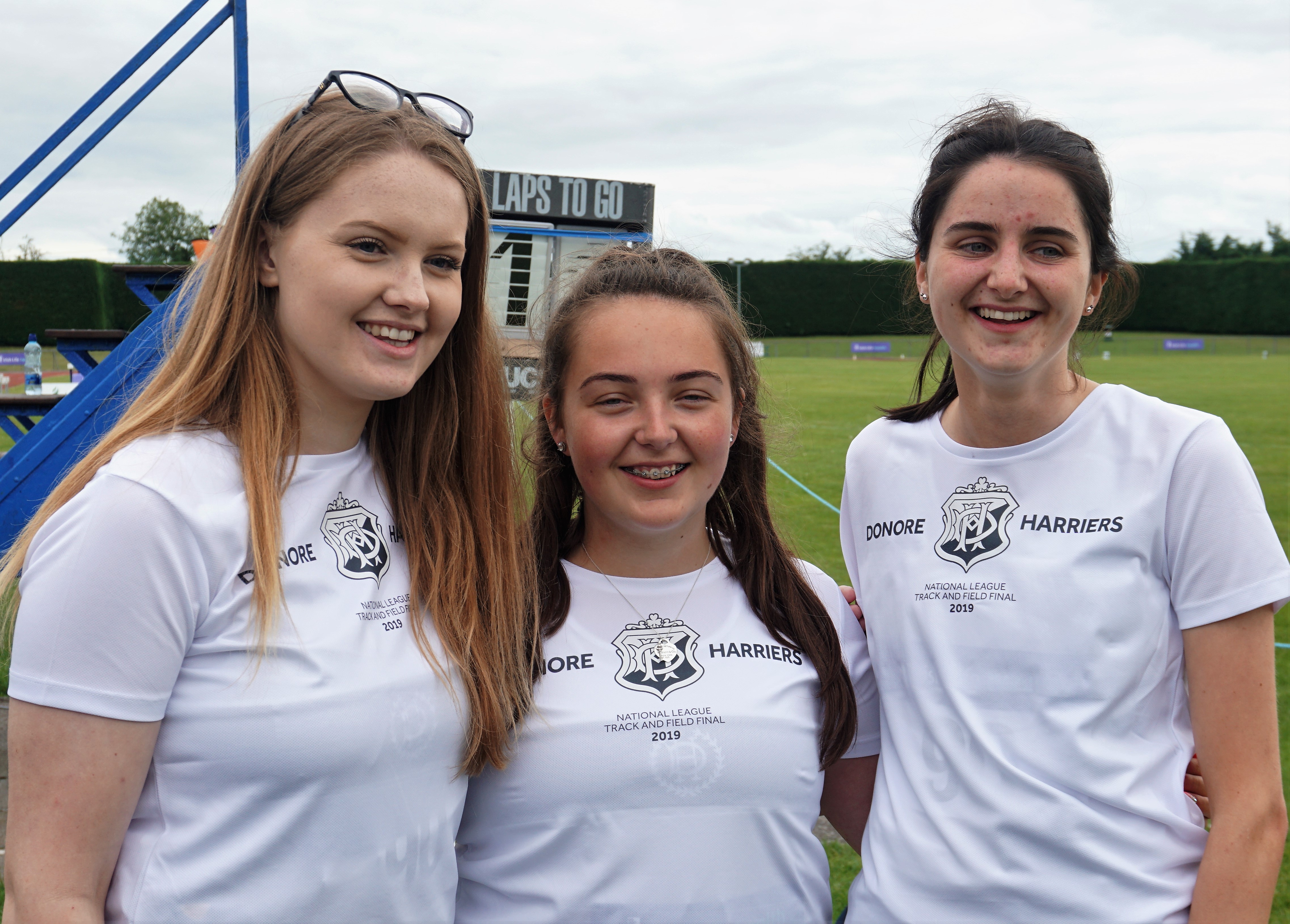 Established in 1893 Donore Harriers has had a proud tradition in Irish athletics. The halcyon days were between the mid-50s until the mid-70s when the club won 18 consecutive senior men’s national cross-country titles and hosted international track and field meets at Belfield.

Originally based in South Circular Road and then Islandbridge, the club moved to its new clubhouse opposite the Chapelizod Gate to the Phoenix Park in 1993. A new 300m all-weather rubber-based track was constructed in the autumn of 2007. As the club focused on building facilities its impact on championship athletics went into decline. The last senior men’s cross-country title was won in 1993 comprising a scoring four of Gerry Curtis, Noel Richardson, Senan O’Reilly and Ciaran O’Flaherty. John Downes was the last individual winner in 1996.

The women’s section, formed in 1982, enjoyed its share of success. Valerie McGovern, the first woman to win the Waterhouse Byrne Baird Shield in 1985, represented Ireland on the track – including the World T&F Championships 10,000m in 1991. Jolene Byrne won the national senior cross-country title in 2005; Fiona Mahon took the individual honours in the 2005 novice and the 2006 intermediate XC championships; and Ashling Smith and Gwen Stanley won individual titles at junior and U/23 respectively. Team gold was won in the national intermediate grade XC in 2007, with novice titles won in 1996, 2000, 2001 and 2011. Sinead Lambe, Barbara Cleary and Ide Nic Dhomhnaill won the club’s first national senior road relay title in April 2019, but the national senior grade cross-country title remains elusive!

The dominant male athlete in the last decade has been John Travers, who proved his talent when he won the national 3km and junior cross-country titles in 2010. Since then he has won several indoor crowns and has been the national 1,500m champion in 3 of the last 4 years. Travers has represented Ireland several times in European championships and led home the Donore Harriers senior team that took bronze in the 2014 national senior cross-country championship. He was also instrumental in club’s victory in the national senior road relay in 2015 and the silver won in the same event in 2019.

Under the fine stewardship of coaches Willie Smith (formerly the role of the late Jim McNamara) and Iain Morrison and captains Florence Curley and Rossa Hurley (recently stepped down) Donore Harriers teams have been consistently competitive in all cross-country and road championships, including novice, intermediate and master grades.

The club now looks forward to the 2020s with increased optimism due to its long-term policy on developing youth athletics. The coaching structure agreed in 2011/12 remains in place. One addition was the formation of an Academy Squad for middle-distance athletes aged 16 and above last summer. Coached by Gerry Naughton and Ciaran O’Flaherty the new squad was the final piece in the jigsaw in that it created a pathway from juvenile level to junior and senior grades. 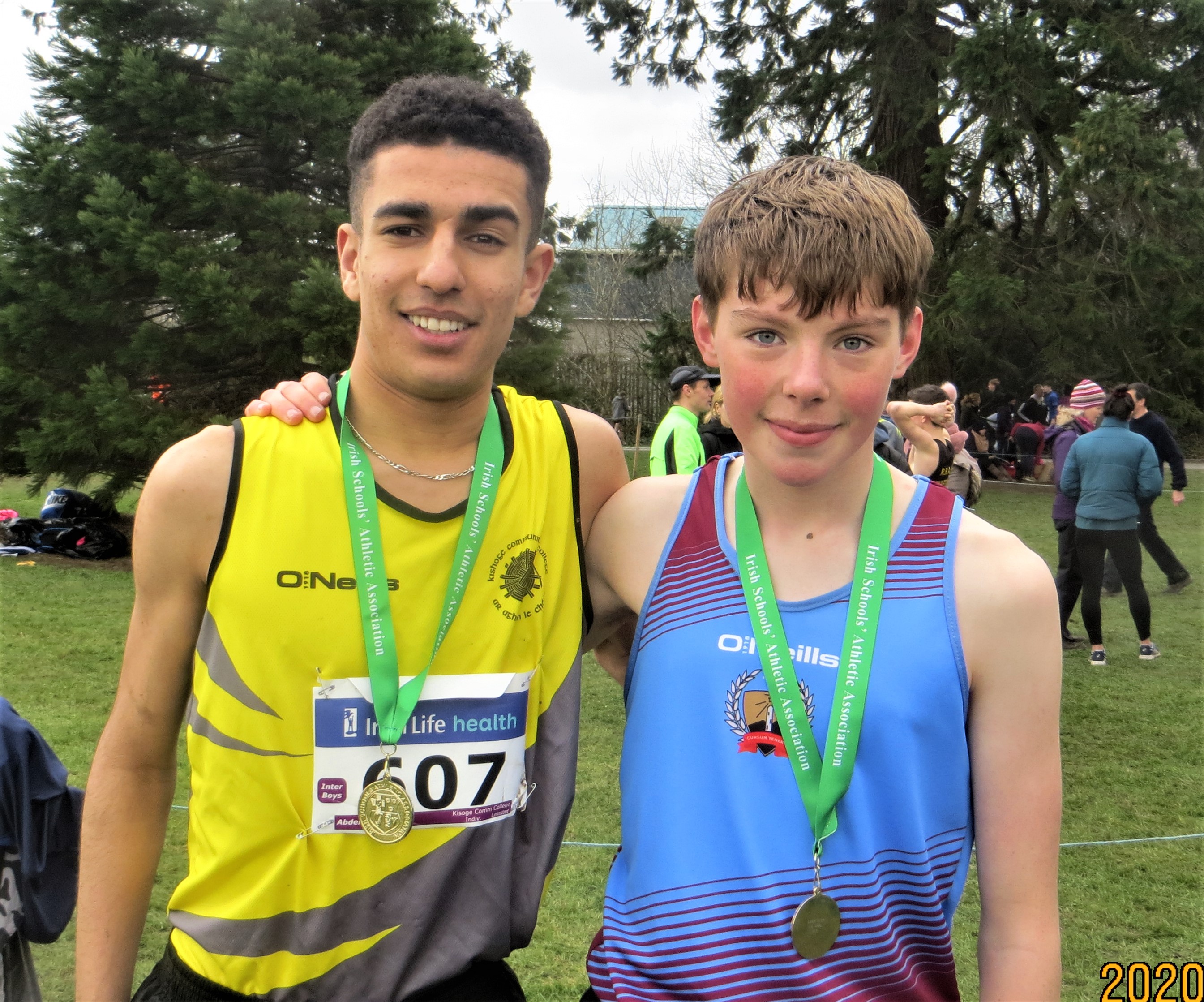