Every €100 invested in sport by Gov, Exchequer gets up to €195 in tax revenues 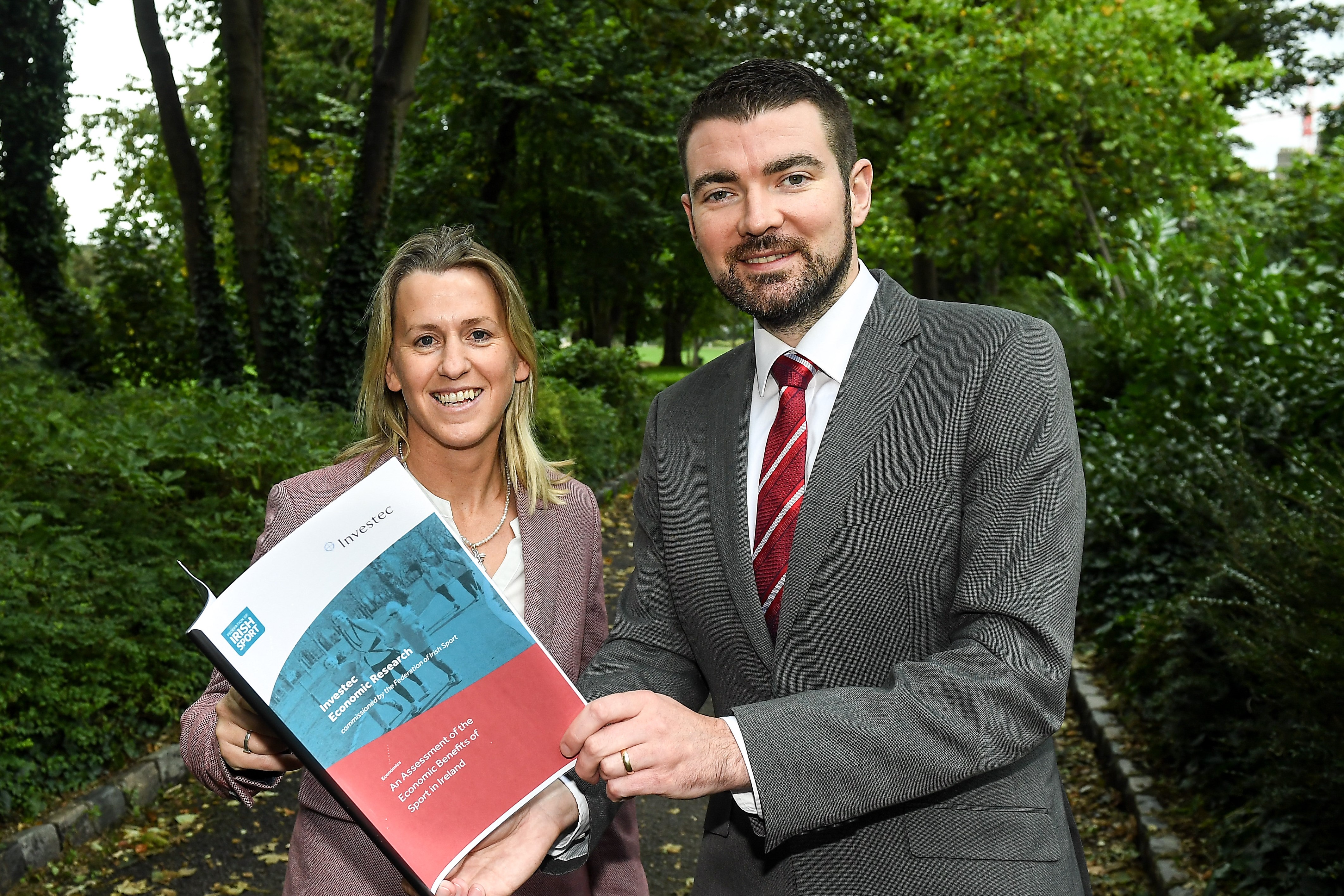 For every €100 invested in sport by Government, Exchequer receives up to €195 in tax revenues – new report

For every €100 invested in sport by the Irish Government, the Exchequer receives up to €195 back through taxes on sports-supported expenditures and incomes, according to new research published by the Federation of Irish Sport in partnership with specialist bank Investec.

The Federation of Irish Sport is the representative organisation for the National Governing Bodies of Sport (NGBs) and the Local Sports Partnerships (LSPs) in Ireland.  The Federation’s has a membership of 107 NGBs and LSPs from all 32 counties.

The research partnership represents the first phase of a larger body of research aimed at evaluating the economic value and impact of sport to the Irish economy, government and volunteering, as well as its health and social benefits.  The research is drawn from a range of EU-level and Irish-level data sources*.

Key findings from the report include:

Last year, the Government launched Ireland’s first ever National Sports Policy, a comprehensive ten-year plan to get even more people participating in sport and physical activity.

Within this, the Government pledged to double sports funding from €111 million per year to €220 million per year over a ten-year period, including an 11% increase in capital funding in the 2019 Budget.

In light of the publication of the National Sports Policy, the Federation of Irish Sport made a Budgetary Submission in August this year asking that the Government again deliver on its commitment to increasing investment in current sports funding.

Speaking at the publication of the report, Mary O’Connor, CEO of the Federation of Irish Sport, said:

“Sport is central to the Irish story.  It’s also an essential contributor to the Exchequer, social inclusivity and participation, health, and tourism.  Critically, as our research shows, investing in sport makes economic sense.

“The last significant body of economic research undertaken in Ireland was the Indecon Report published by the Irish Sports Council in 2010.  Thankfully, nearly a decade later, the Irish economy and our public finances are in a far healthier place.  Tax receipts are up 77% on ten years ago and the general economic sentiment is cautiously confidence, despite Brexit and other international challenges.

“However, as our research demonstrates, Government investment in sport has not kept pace with growing tax revenues.  The National Sports Policy 2018 – 2027 signalled a very positive step forward in demonstrating the Government’s renewed commitment, and critically, the €2.5 million increase in core funding in Budget 2019 represented the first budgetary increase in a decade.  While this increase was a relatively small sum of the money in the overall Budget spend, it had a hugely positive impact on the Irish sports community.

“Our single biggest ask ahead of next week’s Budget is that it provides for further investment in people and programmes.  We believe it is essential that Budget 2020 takes the second step on the road to meeting the National Sports Policy’s very laudable goal of doubling sport funding over the ten-year life of the policy.

“Sport needs this to happen on a year-on-year basis if it is to meet the challenging participation targets set out in the National Sports Policy.”

The Minister of State for Sport, Brendan Griffin TD, also welcomed the publication of the report:

“The value and significant contribution of sport to Irish society comes across very clearly in this research. The Government is acutely conscious of the importance of sport and we have spelt that out very clearly in the 10-year National Sports Policy that was launched last year. We have committed to increasing sports investment over the next decade and we will progressively deliver on that commitment”.