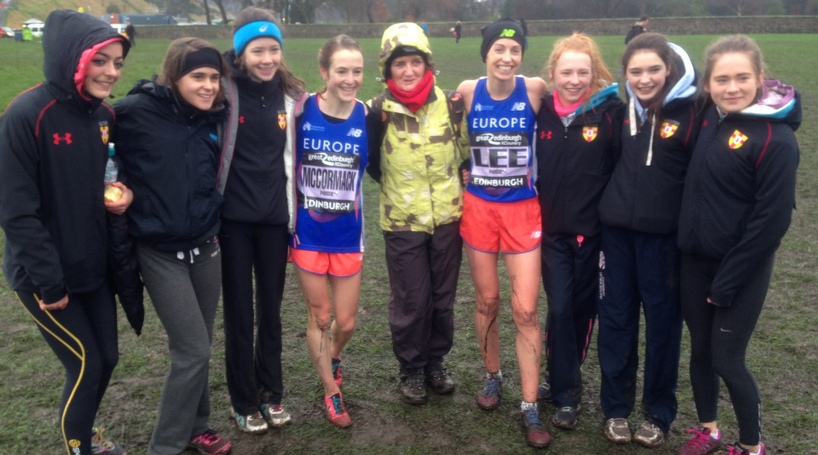 Fionnuala McCormack had a fine second place finish over 6km at the Great Edinburgh Cross Country in Holyrood Park in Edinburgh.

McCormack (Kilcoole) saw it as a positive start to the year as she prepares for the Olympic marathon later this Summer in Rio de Janeiro.

“I think it’s not a bad place to start,” said McCormack of her 2016 start in finishing second in 21:13 representing Europe behind Great Britain’s Kate Avery who won the race 21:09. Lizzie Lee (Leevale) finished 9th in 21:51 to help the European women’s team to decisive victory over Great Britain and the USA.

The Wicklow woman will run the IAAF Antrim International Cross Country next week before returning her attentions to the roads with the World half marathon in Cardiff in March her next big goal.

The Irish quartet of John Travers (Donore Harriers), Laura Crowe (An Riocht), Eoin Everard (Kilkenny Harriers) and Kerry O'Flaherty (Newcastle) combined in the mixed 4 by 1km relay in 11:44 which was won by Scotland in 11:34.

Kevin Mulcaire (Ennis Track) bounced back from his 25th place finish in the junior men's race at the European Cross Country Championships with an excellent second place finish over 6km in 19:25. Mulcaire, representing Europe, led large portions of the race, before succumbing to Great Britain's Alex Yee who won in 19:23. Jack O'Leary (Mullingar Harriers) had a good run in 6th in 19:43.

The development and underage teams were in good form in the Celtic Nations with Shona Heaslip (An Riocht) and Peter Lynch (Kilkenny City Harriers) bagging individual victories. Heaslip won the U23 race while Lynch won the junior men's with both leading their respective teams to team glory.

Abigail Taylor (DSD) pipped Amy Rose Farrell (Blackrock) on the line in a high quality 4km race which included the juniors and U17s along with the Celtic Nations. Taylor ran 15:22 ahead of Farrell’s 15:23 in a race won overall by Great Britain’s Bobby Clay in 14:09 – the reigning European Junior 1500m champion. Taylor and Farrell combined for the U17 women to finish second overall and were third and fourth respectively individually in that category.

Junior men and U17 HERE

Junior women and U17 HERE