Dooneen AC was founded in 1976 in Limerick. The founding members were Denis Hurley, Fergus Curran and Tom Halpin. They were later joined by Martin Walsh.  The club is affiliated to Athletics Association of  Ireland (AAI), the representative body charged with  supporting and developing athletics in Ireland. It began principally as a juvenile club and initially became famous for high jump – the club acquired a high jump and athletes from many clubs in Munster attended to avail of this facility.

Dooneen AC recognises that athletics is an inclusive sport regardless of one’s age or ability – this principle remains a vibrant ethos within the club to this day and is reflected in the considerable number of juvenile and senior athletes taking out membership annually and attending the various training sessions offered across Limerick City and suburbs.

The main catchment area for Dooneen AC includes Mungret, Dooradoyle, Raheen, and Ballybrown. The club is currently ranked as one of the largest juvenile clubs in Munster with 262 juvenile members.  The senior section has 107 members. Our ethos has always been one of participation; athletics is not simply about a podium position, it involves fun, friendship, personal goals and achievements. This is reflected in the membership profile of the club which welcomes athletes of all levels and abilities

The juvenile section of the club is led by Head Coach and President of the club, Phil Roche. Phil has been coaching in the club for over 30 years. In 2008, she was named Coach of the Year by Athletics Ireland. She brings a wealth of experience to the team. We have 20 assistant juvenile coaches – we are proud of the fact that 12 of these coaches are women. Monday night is our main training night for juveniles and upwards of 180 athletes attend.   Groups are largely separated according to age/gender over two hours. In addition, a number of coaches take athletes for throwing events and middle distance/endurance training.  On Thursday nights, older athletes go inside to the gym for a strength and conditioning session. On Saturday and Sunday, we offer middle distance and relay training as well as a variety of field events on the track such as long jump, hurdles, high jump and shot put.

Joe Chawke is the Head Coach of the senior section and is assisted by a number of Fit4Life coaches. The main coaching night is Tuesday and is an open session for all registered club athletes. Senior members also train on Thursdays and Sunday mornings. Friday night is our Fit4Life group session.

We have coaches who are qualified at levels 1, 2 and 3 level according to standards that are set by the Athletics Association of Ireland (AAI). In addition, we encourage member-led sessions and our Fit4Life session is rotated

Whilst the ethos of Dooneen AC has always been founded on the principle of participation,  Dooneen has a list of renowned athletes that have come under its guidance over the past number of years and are proud to boast numerous international athletes.

Olympian Tom Comyns was a leading sprinter and represented Ireland in the World and European Championships as well as at the Sydney and Athens Olympic Games. Orla Drumm is one of our female international athletes. Orla’s specialist event is the classic 1500m where she has an impressive PB of 4.16 set in Heusden, Belgium but she also competes in the 800m.

Over the last number of years, our athletes have experience great success at cross-country, indoor, outdoor and community games. In 2016, Dooneen was named the Juvenile Indoor Club of the Year.

Dooneen has entered into an agreement with Limerick City and County Council to purchase 7 acres of land in the Mungret area. The club and its members have worked behind the scenes over the years in raising money to purchase the land and fundraise for the development of the land. Our Development Committee are currently working on a strategy document which will set out the long term plans for development of the lands.

Another major aspect to the work and ethos of Dooneen AC is community impact and involvement in the development of sport generally in the Limerick Region.  We work hard as a club to ensure that it remains responsive to community needs. The social and community benefits that we offer due to the size and demographics of our club, go beyond simply running and the very obvious health benefits to children and adults of membership to the club.

The sessions we offer to our senior Dooneen AC members are open to all other club runners in Limerick and beyond, once they are registered as club athletes. It is not unusual at the Senior sessions in UL to have upwards of 80 athletes from Dooneen, Limerick AC, West Limerick AC, Bilboa AC, Mooreabbey Milers AC, Kilfinane AC, Limerick Tri Club, North Cork AC, Ennis Track and An Brú AC.

We remain very much a club-led organisation but recognise the growth in running events in recent years. We have provided the Athletics Ireland  (AAI) permits  for  several major events in the Midwest Region over the last number of years including the Great Limerick Run, Mungret St Paul’s GAA 10K and The Human Race. In addition, groups from Dooneen volunteer at some major running events annually such as the Great Limerick Run.

We have organised a memorial event over the last number of years. Named after the late Michal Rejmer, one of our senior members who died in 2016, this event proved very popular amongst athletes and consisted of a series of 5-mile races in the spring. This year will see an exciting change with the move to/introduction of a single 10-mile race instead – the only race in Limerick over the classic distance and this will take place on Sunday, May 24th. Our club also organises the Dooneen at the Racecourse event, which encompasses a mile dash and 5K around Limerick Racecourse during the very popular Limerick Show. 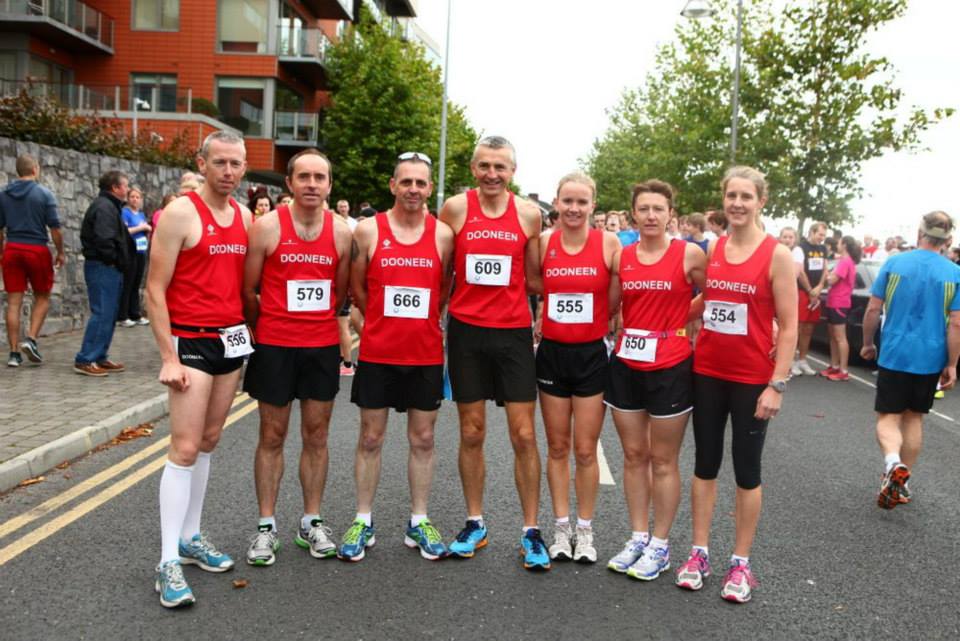 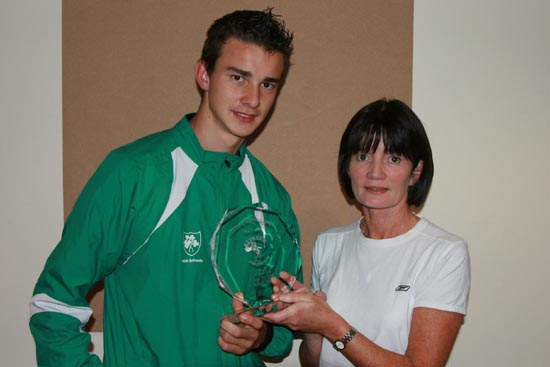 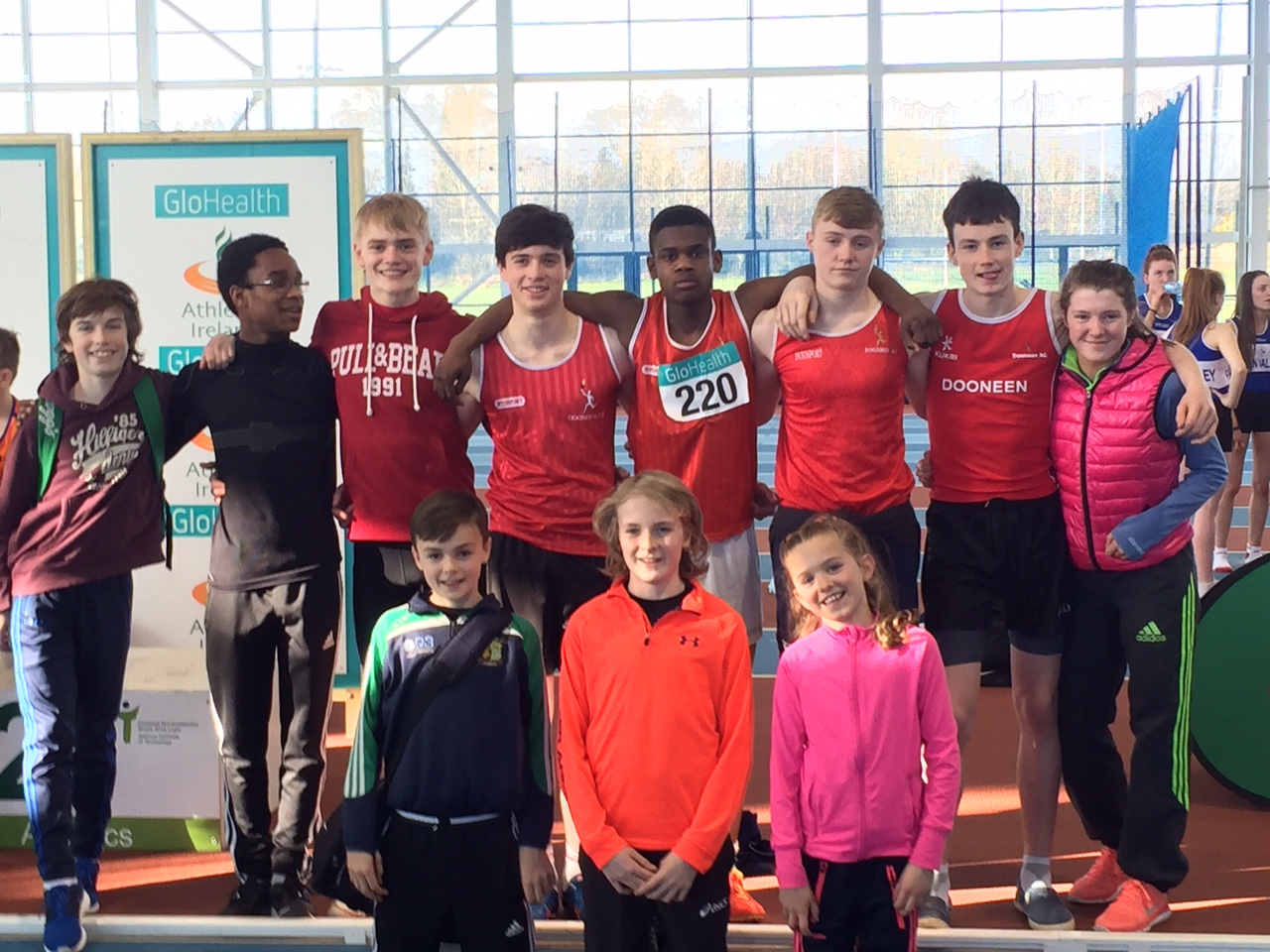 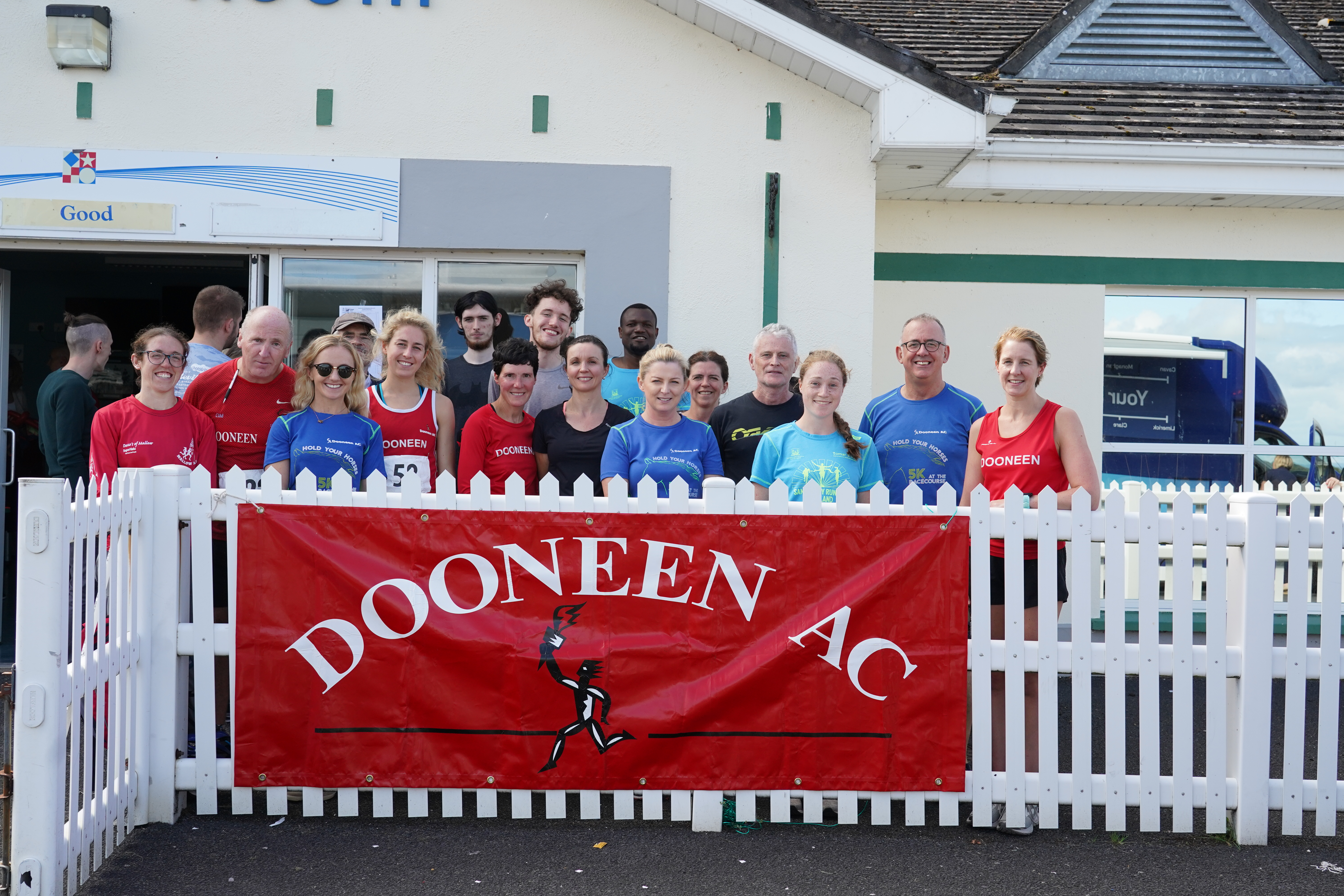 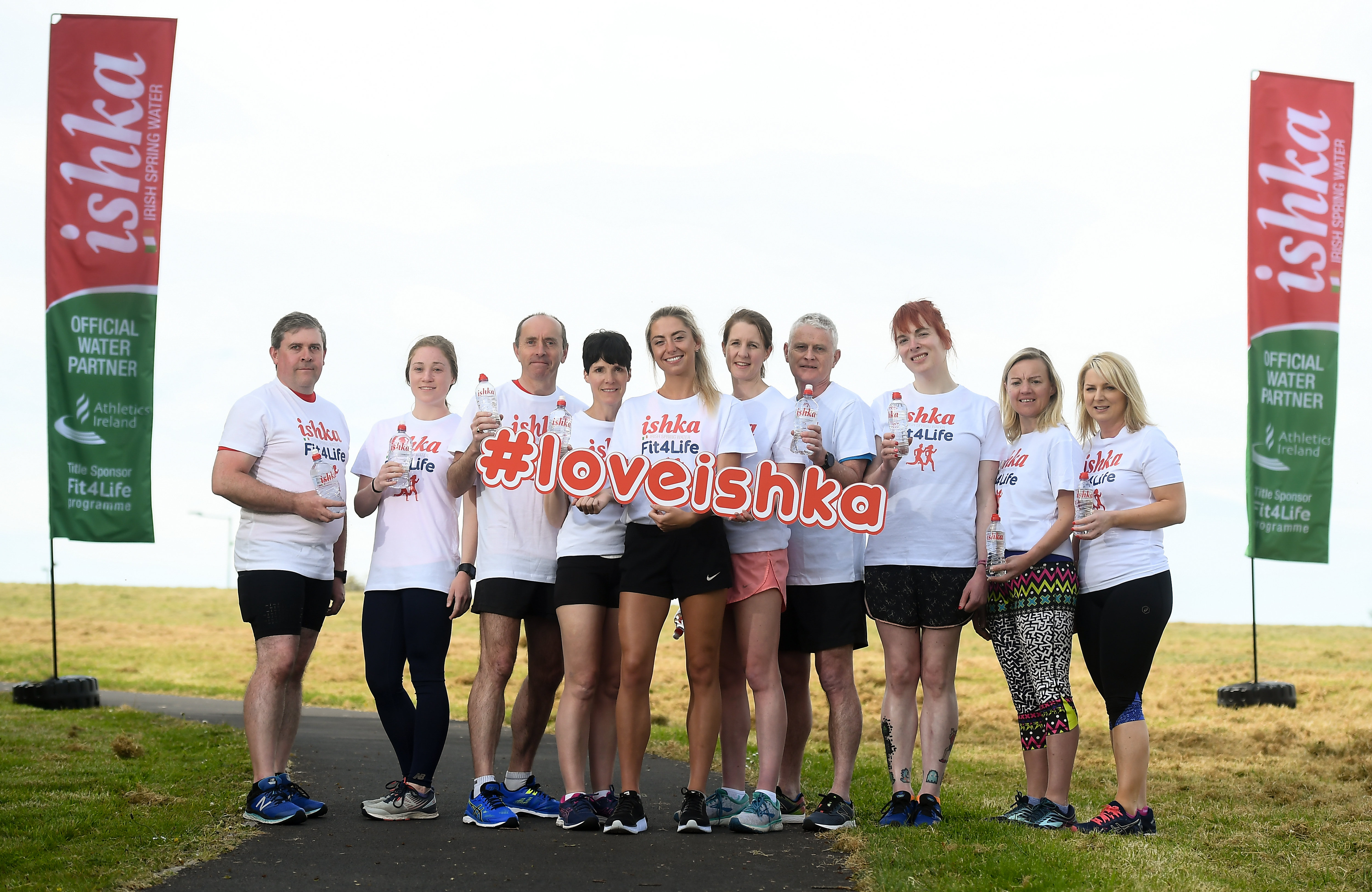 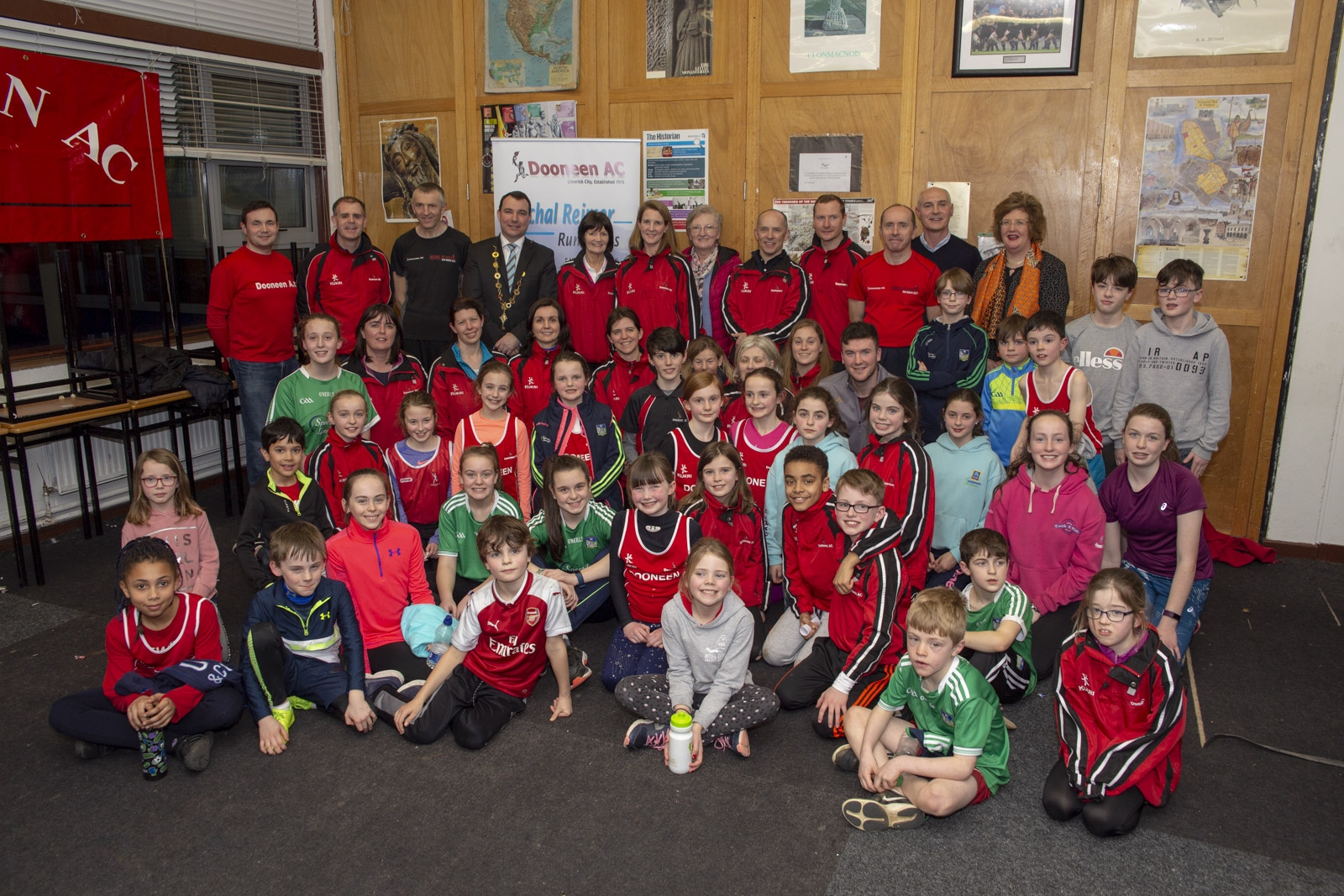