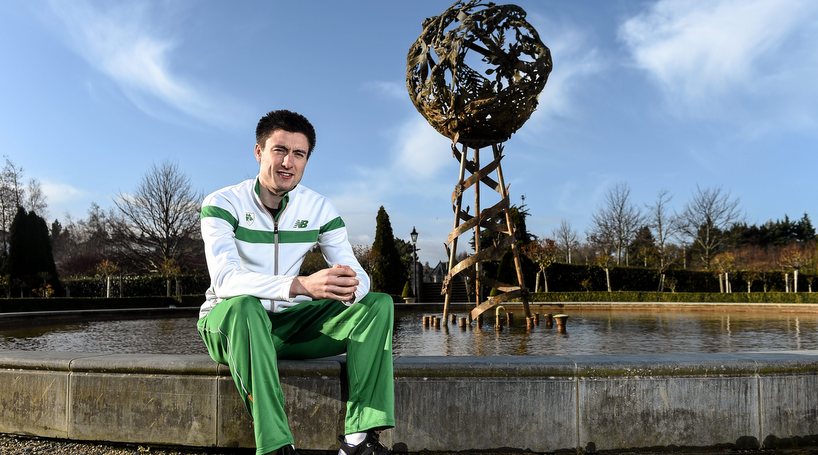 European 800m Bronze Medallist, Mark English (UCD AC) will lead a young Irish Team of 12 to the European Indoor Championships which take place in Prague 5th-8th of March. Competing in his first race of the season at the Sainsbury’s Indoor Grand Prix in Birmingham last Saturday, the 21 year old ran 1.47.17 for sixth place inside the standard (1.48.50). This time currently ranks him fourth in Europe. The following day the Donegal man won the GloHealth national championships and is in confident mode following the weekend of racing:

“It indicates to me that I am able to put able to put two races back to back and hopefully I can simulate that in the Europeans because that is going to be real challenge in a championships. I proved myself in Europeans last summer and I am looking to do the same in Prague”.   He added: “It is a completely different discipline running indoors. That arch in the track is so much more difficult to pass on.”

The last time Ireland medalled in the 800m at European Indoor championships was in 1969 when the late great Noel Carroll won Bronze after winning it the previous 3 years.

English will be joined by Declan Murray (Clonliffe Harriers AC) who secured his first major International Cap last year  at the European Athletics Championships in Zurich has a season best of 1:48.32. 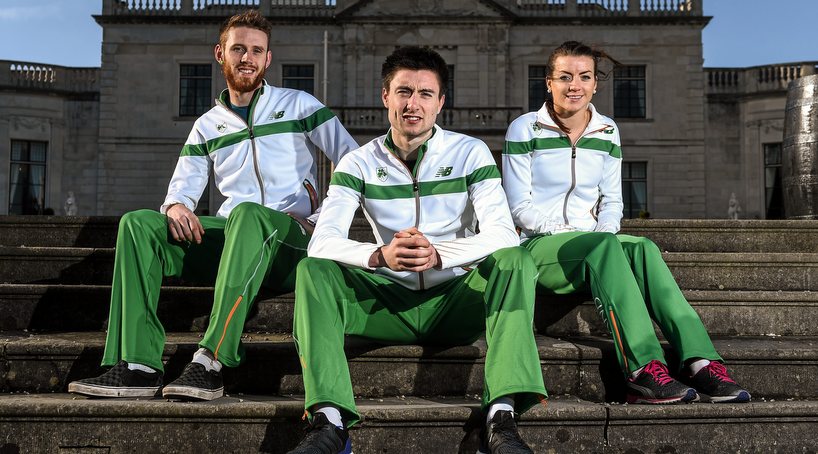 Irish indoor record holder Ciara Everard (UCD AC) will also line up in this distance and will be looking to emulate her 2013 European indoor championships performance when she made it the final finishing sixth 2:02.55. This time was just one hundredth off her best and demonstrated her ability to perform under pressure. The Kilkenny woman has a season’s best of 2:03.39 going into this championships recorded when winning the GloHealth AAI Games. Speaking about the championships she said:

“I would have liked to have gone a little bit faster this indoor season coming into these championships, but I feel that it is still there and that time (from 2013) is still in me. And championships running is about tactics so I am just going to take it round by round”

Ireland will have two representatives In the Men’s 1500m with both  John Travers (Donore Harriers AC) and Danny Mooney (Letterkenny AC) hitting the needed standard. Mooney will compete in his first major Senior International and is ranked the quicker over the distance with 3:42.69. While Travers has a time of 3:43.74+ in the 1500m (taken from the Mile split) at the New Balance Games in New York. The Dublin man demonstrated real form producing an impressive kick with 300m to win the national title at the weekend in 3.49.93.

Paul Pollock (Annadale Striders) was the first of the Irish to secure the needed time for the championships running 7:59.25 in the 3000m at the BMC in Sheffield on January 11th. Despite a slight ankle niggle leading up to national championships he was a comfortable winner on the day.

Dara Kervick (Clonliffe Harriers A.C) will line up in the Men’s 400m after running a top class time of 46.53 to win the GloHealth Senior Championships. This time not only moves him to fifth in the Irish All-Time best list it also ranks him as tenth overall in Europe.  It also significantly improved on his personal best of 46.80 set in the 400m heats well inside the needed standard of (space) 47.20.

Kervick will undoubtedly be the key member of the Men’s 4x400m team who were invited to compete in the championships following their fifth placing in the European Athletics Championships in Zurich last summer.

With seasoned relay members Thomas Barr, Brian Gregan and Richard Moressey opting to focus their efforts on the outdoor season he will be joined by training partners; Timmy Crowe (Clonliffe Harriers AC) and Harry Purcell (Trim AC) all of whom are coached by John Shields.  With Paul Murphy (Ferrybank AC) having to withdraw due to injury, 19 year old Brandon Arrey (Blarney/Inniscara A.C.) will join the Men's 4x400m squad who will compete in the the European Indoor Athletics Championships in Prague on Sunday 8th of March at 16.55 (Irish Time).

Gerard O’Donnell (Carrick on Shannon AC) will be rewarded with his first International senior Cap following a breakthrough season which saw him dip under the 8 second mark in the 60m Hurdles for the first time at the GloHealth AAI Games and followed this up with 7.73 seconds at the IFAM meeting on the 7th of February. This time was inside the European qualification standard of 7.78 seconds.  O’Donnell’s previous best had stood at 8.32 from 2014.

Adam McMullen (Crusaders AC) booked his seat on the plane to Prague when he produced a lifetime best for long jump to take the national title with 7.80m. This jump moved him to second on the all-time list and improved impressively on his indoor best of 7.48m. The last time Ireland was represented in men’s Long Jump event was in 2002 by Irish Record Holder Ciaran McDonagh in Vienna.

Qualifiers up on 2013 European Indoor Championships

The total number of qualifiers for this European Indoor Championships is 15 - up from 11 in 2013, in a year when many leading athletes have chosen to focus on the outdoor season, one year out from the Olympics in Rio. It is also promising to note that the average age of the squad is just 23.  Ciara Mageean (UCD AC) had also achieved the standard in the 3000m but unfortunately had to withdraw due to injury. While Tori Pena (Finn Valley AC) achieved the standard but had chosen not to compete at the national or European Championships as she is focusing on her outdoor season.

Kevin Ankrom said: “Mark English, while still only 21, demonstrated that he is a championship competitor following his performance in Zurich and he will line up at this championships with a real medal opportunity. Overall this is a young team who will gain valuable championships experience and we will be looking for them to perform close to their best.  It is also great to see the depth of the squad being extended with new additions to the team with Kervick, Mooney and O’Donnell”

He added; “We are now in a qualification period for both the World Championships and the Olympic Games and as such a few of our high profile athletes have opted to sit out the indoor season. This has created an opportunity for young guys like Murphy and Purcell to get some gain some valuable championship experience in the relay. It will also to help to build a squad with depth as we look to make a final in Rio 2016.”