Casey Mulvey posted a personal best performance at today’s European Throwing Cup in Split, Croatia. The Inny Vale AC athlete secured second place in her pool, which resulted in her finishing 4th overall in the women’s Shot Put final (u23) with a best throw of 15.62 on her third attempt. Mulvey who was third at the 2020 national championships with a 14.46 throw will be delighted with her progress made on her first outdoor competition of the season.

Sean Mockler of Moycarkey Coolcroo AC was also in action in what was his outdoor season opener. Mockler finished in 11th place with a 60.89 throw on his third attempt in the men’s U23 Hammer final. 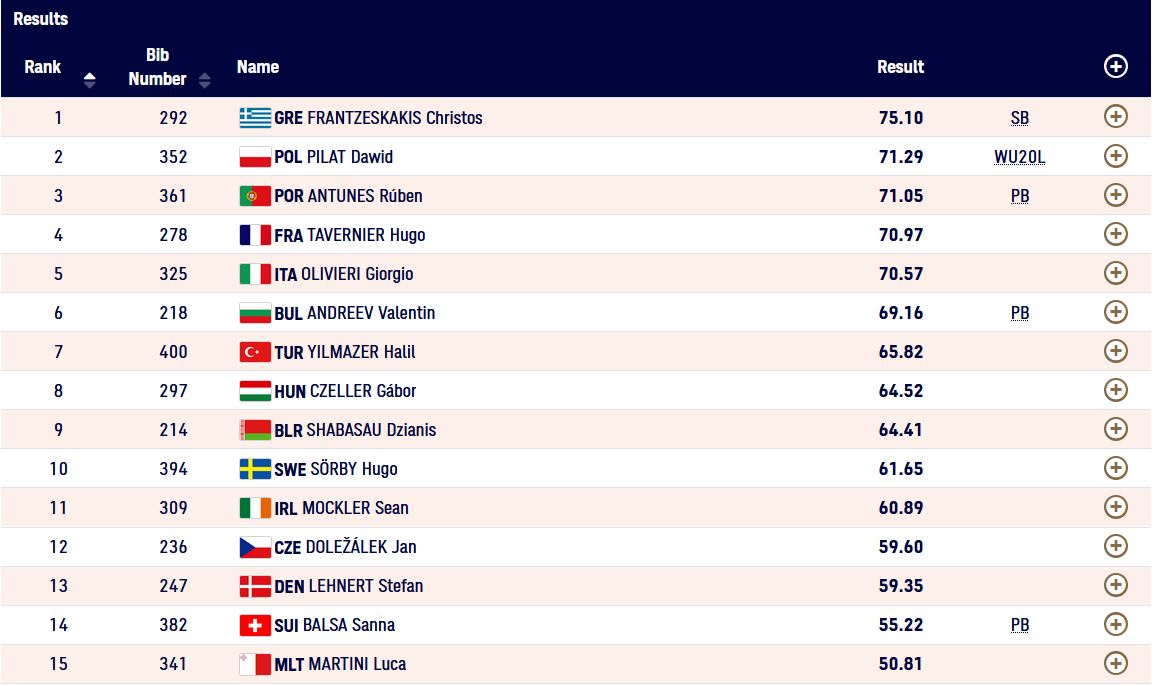