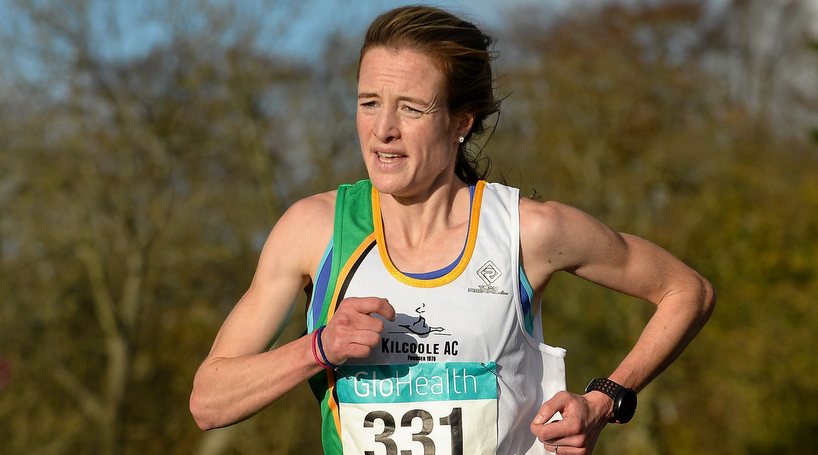 McCormack (neé Britton) impressed at the GloHealth Inter Clubs Championships in Santry Demesne yesterday and believes the women's team, announced today, can back up the bronze medals they won at the European Cross Country Championships in Samokov, Bulgaria last year.

"We definitely have a good chance with the team," said McCormack who will be focusing more of her efforts around a team performance than her own individual expectations.

"With a short build-up it definitely has to be about the team," said McCormack referring to the Chicago marathon on October 11th where she ran 2:33:15 to run an Olympic qualifying standard.

"I haven't had the usual build-up," continued the two-time European Cross Country Champion. "We definitely have a good chance with the team. With a short build-up it definitely has to be about the team.

High Performance Director Kevin Ankrom said: "We need her (Fionnuala) to be out there and put on a good performance. It leads to fewer points and a good team performance for us.

"Athletes are planning more to make an effort to be on this team. We've got four medals in four years. Let's make it five medals in five years.

"Overall as a cross country programme we would have an expectation that our teams perform better and we are certainly working towards making our teams to prepare to do that.

"Through Steven Macklin, Paul McNamara and Teresa McDaid we are looking to help people prepare for championships. We have to have expectations that our teams are going to perform better and be better prepared.

"I still think cross country and distance running is the cornerstone of the Irish culture. I look forward to the athletes performing at their best."

The senior men's team will be led out by Mick Clohisey (Raheny Shamrock) who won the championships yesterday for the third time in succession.

"We are going in with a squad of endurance specialists who are laying the foundation for the Olympic team," said Ankrom with regards to Clohisey along with Sergiu Ciobanu (Clonliffe Harriers) and Paul Pollock (Annadale Striders) who have all posted Olympic marathon qualifying times. "John Coghlan (MSB) posted a particularly impressive performance also and shows athletes are stepping up to the mark."

Mulcaire and Saunders to lead Juniors

An U23 men's team has been selected with two women, Shona Heaslip and Emma Mitchell, selected.

Selected team to date below for European Cross Country Championships in Hyeres, France on December 13th: