Rhasidat Adeleke had a night to remember at the Big 12 Championships in Manhattan last night, breaking Phil Healy’s Irish 200m record with a stunning 22.96 (0.8m/s). 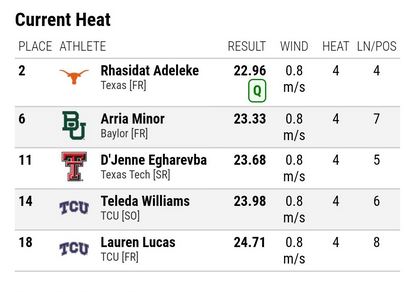 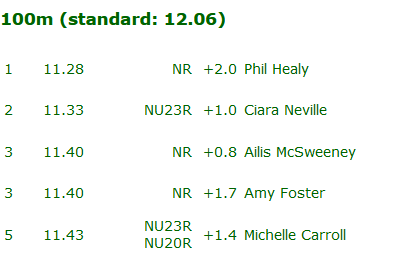 The performances continues the stunning 2021 season for the 18-year old Tallagh AC athlete which has seen her break multiple junior records including the junior 200m record which had stood for 21 years previous.

Adeleke who doesn’t turn 19 until the end of August has starred on the Irish athletics scene since her schools career which included a sprint double at the European Youth Olympics in Baku in 2019.  Adeleke was also part of the 4x100m relay team that won the silver medal at the 2018 World Under-20 championships in Finland.