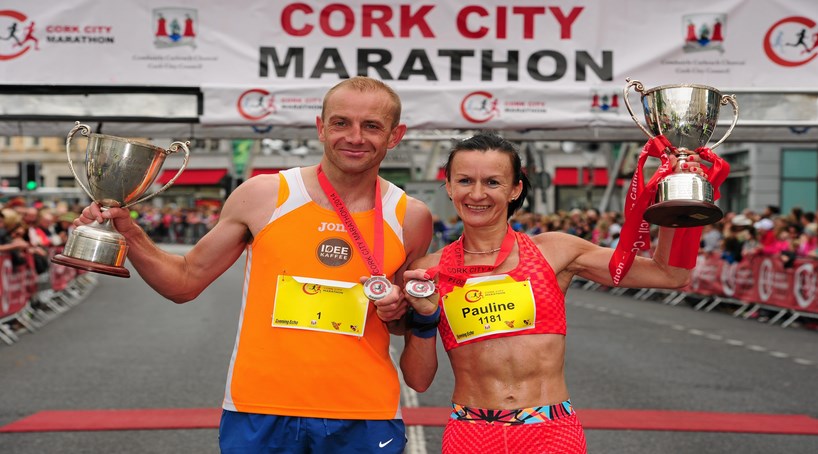 Speaking at the finish line of the Cork City Marathon 2014, Race Director Jim O’Donovan said, “Congratulations all the winners of Cork City Marathon and to each and everyone that crossed the finish line.  We are particularly thrilled that Alex O’Shea has set a new Guinness World Record here in Cork today through his extraordinary feat of endurance and perseverance.  He truly is a hero, and has raised both awareness and funds for his charity, Irish Guide Dogs for the Blind and his local playground in West Cork”.

More than 7,500 people took part, including 64 youth teams, in the Cork City Marathon this year ensuring it’s place as one of the major events in the Irish sporting calendar.   The Cork Marathon has been recognised for its inclusivity, ensuring that young and old and those with varying degrees of challenges are included in the marathon, and each year the event attracts many international and national entrants, and is one of the fastest courses in Ireland.

Prizes were presented to a number of relay teams as well as the half marathon runners, including “Brauders Breaks” weekend breaks sponsored by the River Lee Hotel.