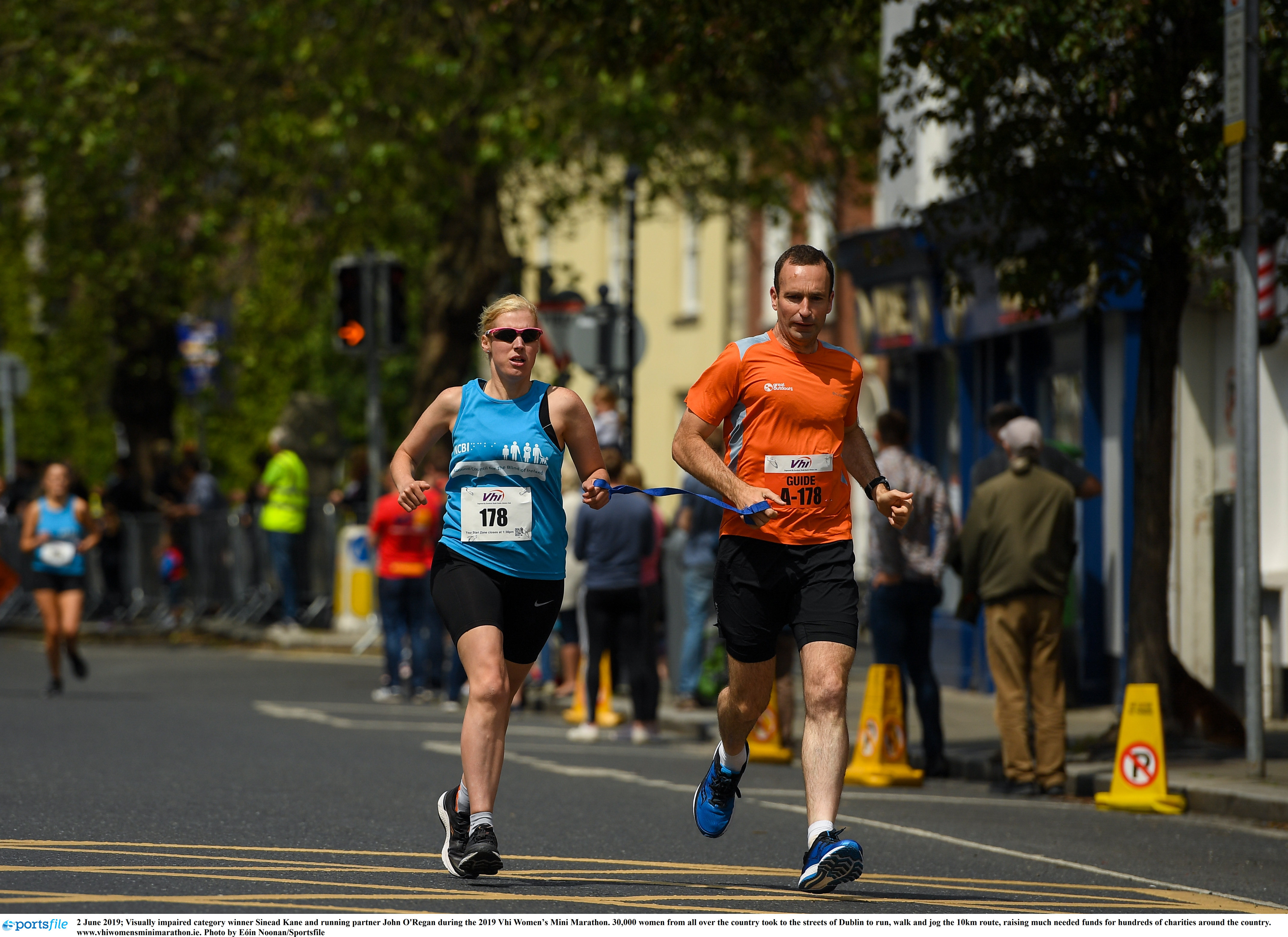 Athletics Ireland would like to extend their congratulations to Sinéad Kane, 37, of Le Cheile Athletic Club, who has secured her place on the Irish Team in time for this weekend’s 24-Hour World Championships in Albi, France.

Although Sinéad, who is visually impaired, reached the qualification standard for the 24-hour race, she was not initially selected for the Irish Team to take part with a sighted guide as The IAU (International Association of Ultrarunners) deemed her guide runner to be ‘outside assistance’.

Sinéad announced the good news on her Twitter Wednesday afternoon. 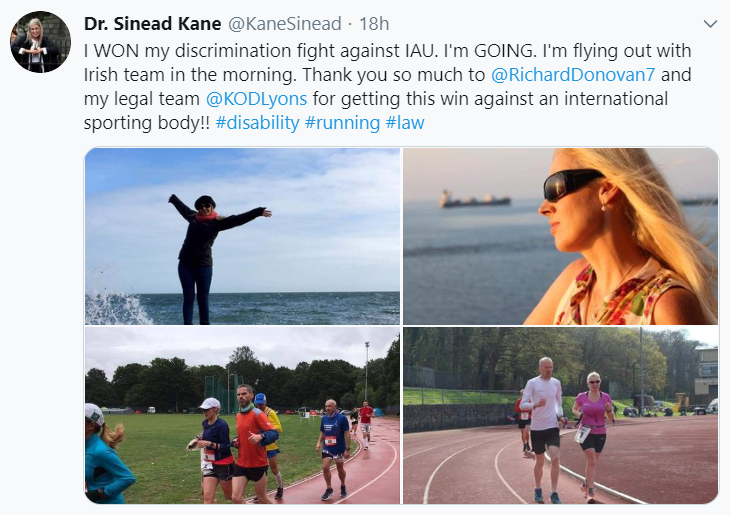 The 2019 24-Hour World Championships will see athletes from 45 countries compete on a 400m track, running as far as they can in a 24-hour period. The Irish squad will be captained by the 2018 Ultra Runner of the year Aidan Hogan from Rising Sun AC, Cork.

Sinéad has flown out this morning with the rest of the Irish team to France and will be permitted to take part in the race. We would like to wish the full Irish Team the very best in their upcoming World Championships this weekend, happening on the 26th and 27th of October.

The Team will be accompanied by an experienced support crew consisting of: