Phil Healy was in action in Malaga on Saturday and continued her blistering start to 2021 with a 11.43 (0.4) over 100m which ranks as her 3rd fastest time ever.

The Bandon AC athlete followed up the earlier win with another in the 200m shortly after, clocking 23.24, which was only 0.25 off her Irish Record.

Ciara Mageean was also in action on Saturday, taking to the start-line of the ‘British Miler 5k’ road race which she claimed in 16:10.

Kate Veale was competing at the Czech Race Walking Meet where she secured first place in the 5k walk in 23.13.

Alanna Lally continued her impressive form stateside and took first place in the 800m in 2:06:28 for Temple University at the Temple Invite.

Irish Long Jumpers were on fire in Texas with Grace McKenzie jumping 6.35m at the Texas A&M Invitational to move to 4th on the Irish all-time list. The McNeese student had earlier broken the school's record in the 400m hurdles. 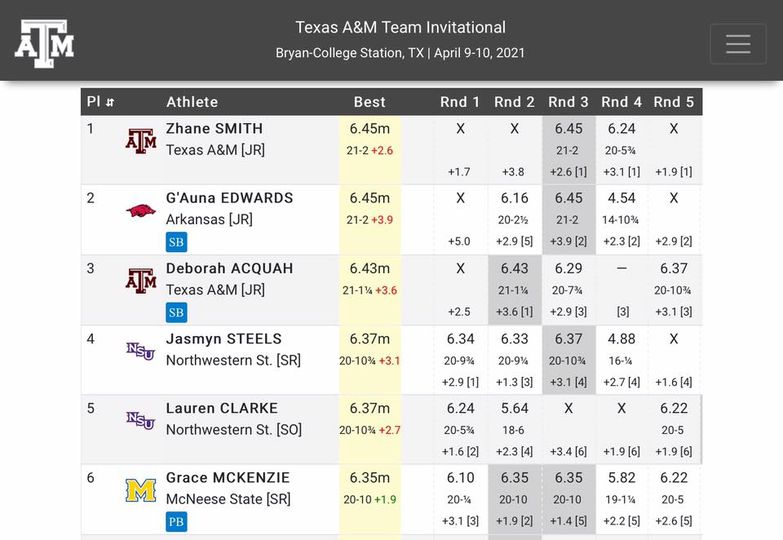 Sam Healy was also in action and posted an impressive 7.62m (unfortunately over wind limits).

Órla O 'Connor was in action at the Ocean State Invitational and posted a 16.40 in the 5000m which is within the European U23 5000m standard.