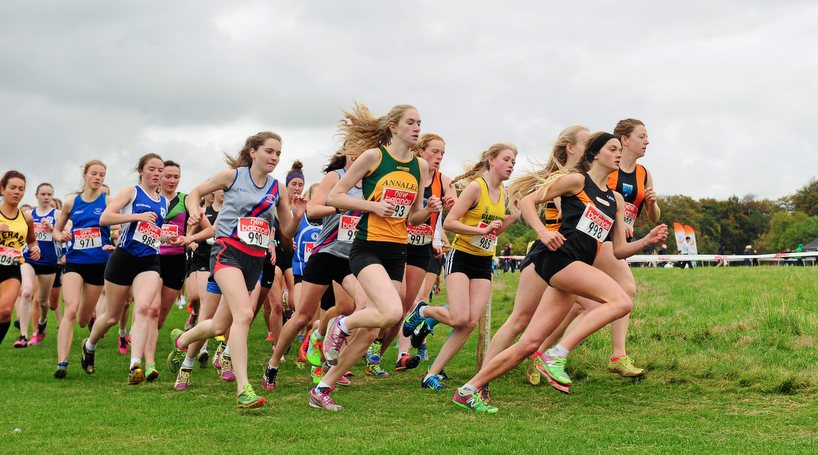 Hargreaves and McGlynn lead them home

Hargreaves was first across the line in 25:36 and was happy with his performance as he builds towards the U23 race at the European Cross Country Championships in Hyeres, France on December 13th.

“I’m happy with that,” confirmed Hargreaves before going on to affirm his ambitions for the Europeans. “I want a top ten finish. You’ve got to aim high.” Hargreaves was locked in battle with rising junior star Kevin Mulcaire (Ennis Track) and 2012 Olympian Mark Kenneally (Clonliffe Harriers) in the first half of the race before pulling clear. John Coghlan (MSB) came through strongly for second in 25:51 with Mulcaire hanging on for third in 26:02.

Annmarie McGlynn, the Irish women’s team captain who captured bronze medals at the Europeans last year, put in a strong performance to win the women’s 8km race in 29:24 ahead of Shona Heaslip (An Riocht) and Teresa Doherty (Finn Valley). Patrick MacGabhann won the junior men’s 6km incorporate into the 8km in 19:25 ahead of Peter Lynch (Kilkenny City Harriers) and Pierre Murchan (DCH).

Earlier in the day Hope Saunders put in a commanding performance to win the junior women’s 4km which was included in the open 5km in 14:36 ahead of Aoibhe Richardson (Kilkenny City Harriers) and Emma O’Brien (Sli Cualann). Caroline Crowley (Crusaders) was the first finished in the open 5km in 18:11 with Paul Gibbons (Sliabh Buidhe Rovers) the first man in 18:53.

The races also included a host of Masters competing for international selection on November 14th in Santry Demesne.