Stephen Scullion put in another top class performance in posting a 2.09.49 to secure a new NI Marathon record in London earlier today. Scullion came home in 11th place in what was a two-minute PB which now secures his place as the second fastest Irishman of all time (the fastest in 32 years).

Mick Clohisey was also in action and battled bravely in what were anything but ideal running conditions. He came home in 26th place in a time of 02:18:52.

Four-time winner Kipchoge was the favourite, but fell behind with two laps to go and finished eighth.

Ethiopian Kitata pushed ahead of Kenya's Vincent Kipchumba on the home straight to finish in two hours five minutes and 41 seconds. 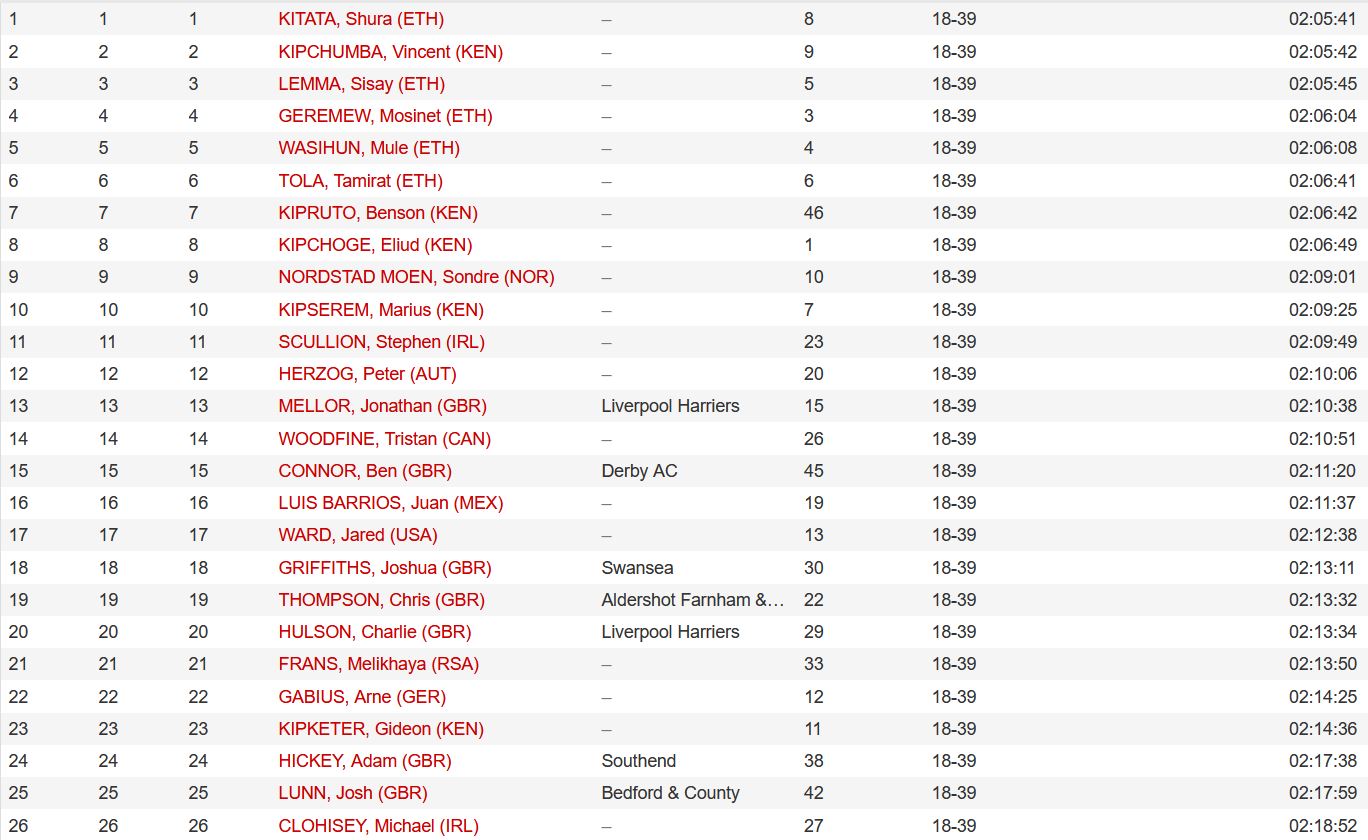 Kenyan world record holder and defending champion Brigid Kosgei cruised to a dominant victory in the 40th London Marathon, overcoming her rivals on an unfamiliar multi-lap course in relentless rain to triumph in two hours, 18.58 minutes.