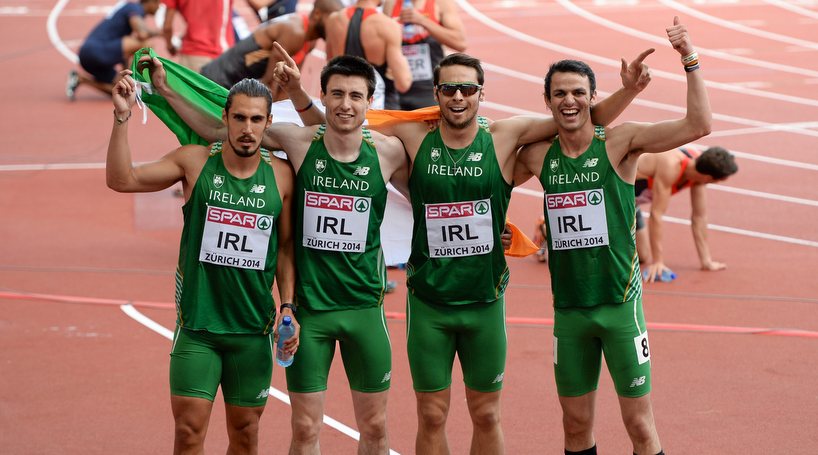 Athletics Ireland today announced investment of 906k in cash grants and support for a record number of High Performance Athletes in 2015, with the overall increase in the number of athletes supported increasing by 35% from 87 to 118 this year.

The number of athletes hitting the required World Class standards has increased from one last year to five this year illustrating that athletes such as Mark English, Paul Robinson and Thomas Barr are progressing through the system.

€260,000 - Additional AAI HP Direct Support for all 118 carded athletes with cash grants of derived from the Association and the High Performance budgets.

Following the successful transfer of the management of carding to Athletics Ireland, the High Performance Director, Kevin Ankrom will continue to manage this process.

The Athletics Ireland High Performance plan, launched in May 2013 by Ankrom, identified 24 medal opportunities at major championships from 2013-2016 with the core objective to have “More Irish Athletes Winning on the World Stage”. With 13 medals won to date and record breaking performances dominating 2014, the ambitious target is on track.

In addition there has been a significant increase in the number of athletes hitting required standards to become part of the High Performance programme and progressing through the system, demonstrating the overall lift in performance standards.

Kevin Ankrom, High Performance Director said “Overall we are very pleased with the funding secured  for the High Performance programme allowing for the appropriate support to be given to athletes in what is a key year on the road to Rio 2016  as well as those athletes who will be looking to Tokyo 2020 .”