Irish Olympian Jerry Kiernan has died at the age of 67.

A long-distance runner, the Listowel native represented Ireland at the 1984 Summer Olympics in Los Angeles where he finished ninth in the men's marathon.

He won the Dublin Marathon in 1982 and 1992 and was the seventh Irishman to run a sub-four-minute mile. He also won the national cross country title in 1984.

Kiernan would go on to coach a number of athletes including Ciara Mageean and John Travers.

Kiernan represented Ireland on the biggest stage, at the 1984 Olympics in LA

Having represented Ireland on the biggest stage, Kiernan went on to work at RTÉ for many years as one of its most renowned pundits, covering the athletics, most notably on successive Olympic Games' television coverage. 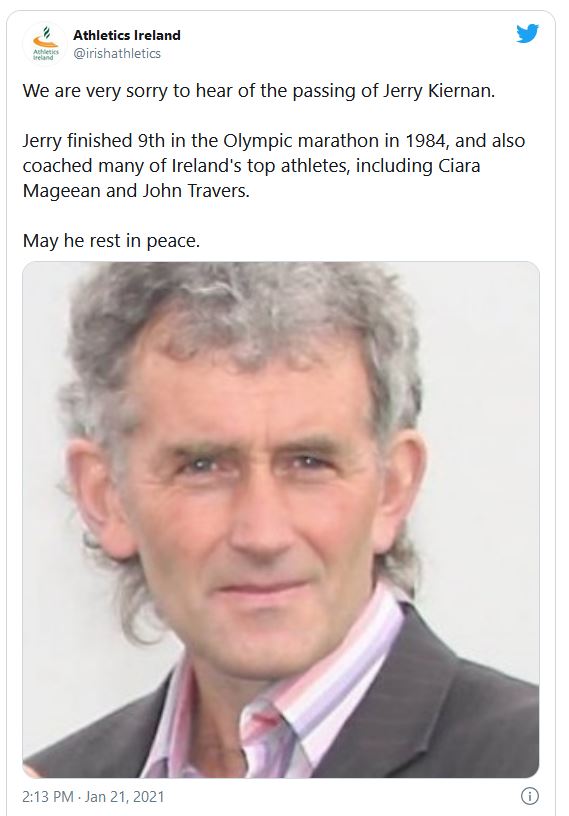 He said: "The death of Jerry Kiernan, Olympian, sports commentator and athletics coach will have been heard with sadness by all those in the sports community and those who enjoyed his voice in commentary.

"His achievements in 1984, and his enduring coaching legacy will be long remembered."

"He will be greatly missed by his family, club mates, athletes and the athletics family."

Kiernan's work on television was often acclaimed for offering huge insight and also engaging audiences which included keen sports fans as well as the casual viewer. 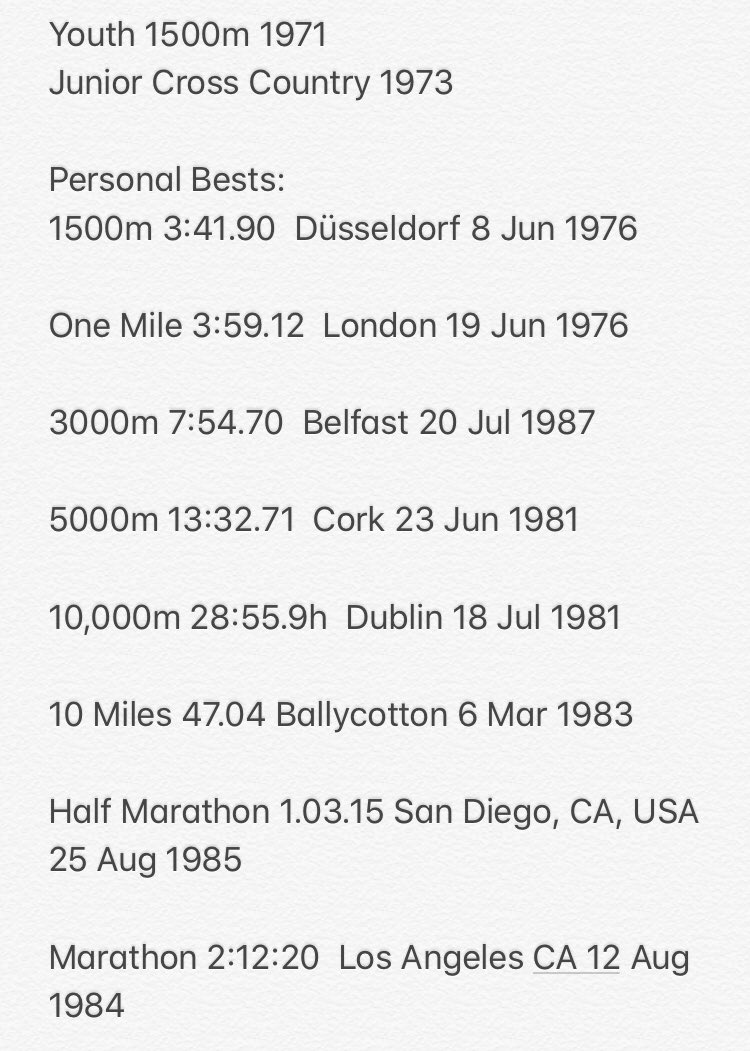 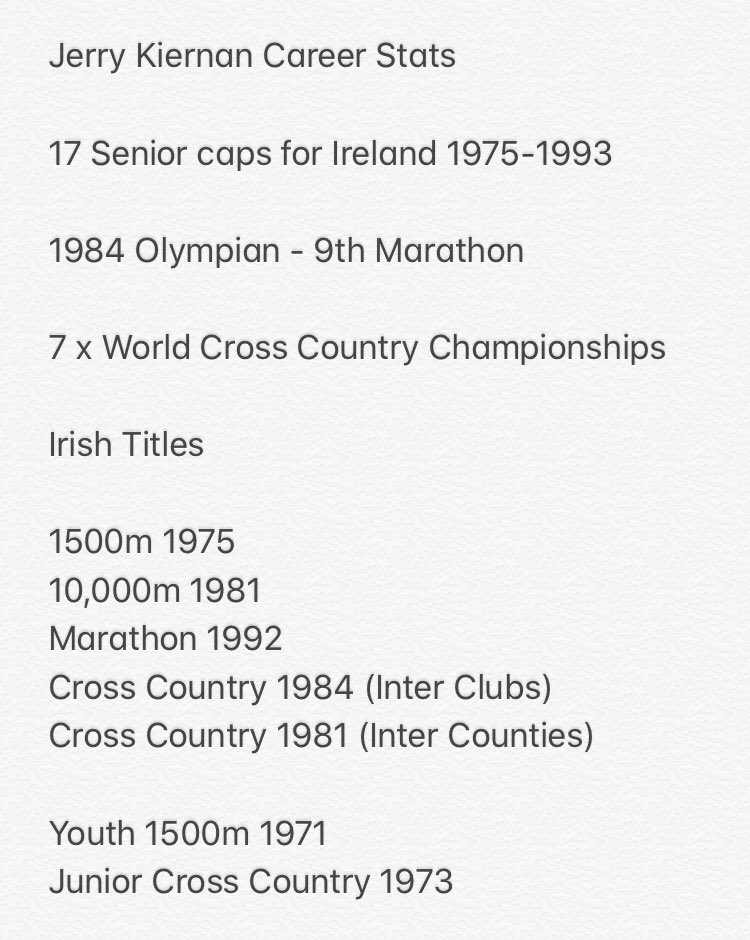