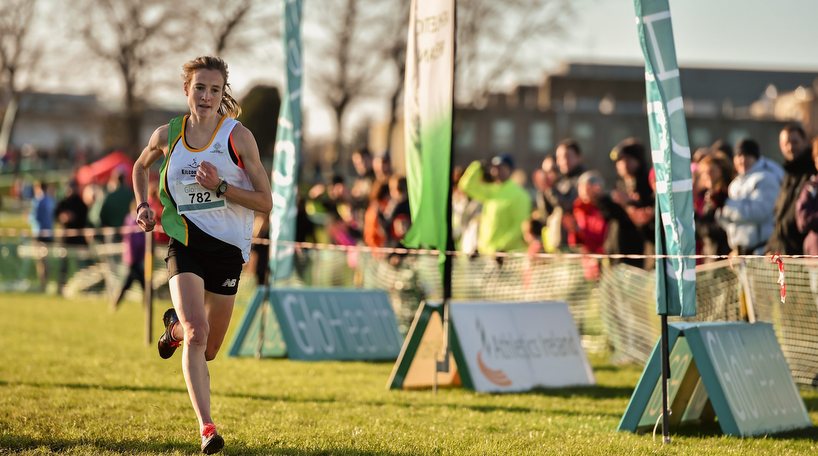 The former Double European Cross Country Champion (2012, 2013) was feeling upbeat after the race and about her preparation for the European Cross Country Championships which takes places in Bulgaria on the 13th of December: “I feel better than last year, I’ve prepared differently competing in domestic road races and mixed cross country races. I plan to run in France next weekend.” She added: “After coming fourth last year, (at Europeans) I’d like to improve on that again and be on the podium again”

Michelle Finn (Leevale AC) a former Western Kentucky scholarship athlete who hasn’t run cross country for a number of years, was the surprise second placed to Britton. Laura Crowe (An Riocht AC) who had to cut her track season short due to injury was back to full fitness to secure third position after working her way through the field. Sara Treacy (Dunboyne AC) in finishing fourth claimed the final guaranteed spot on the Irish team for the European Cross Country Championships. Dublin claimed their 36th Inter County title their 14 title in a row.

In the Men’s 10k race Paul Pollock (Annadale Striders AC) retained his title in what was a very competitive race of the day and produced one of the best finishes to an Inter County race in recent years with only 3 seconds separating the top three.

Pollock had to pull out of the Marathon at the European Athletics Championships due to injury has been in rehabilitation  and has only restored to full training 6 weeks ago. Speaking after the race he said: “I sat in and tried to surge at certain times but I didn’t have the power to move away so I decided to sit in and make my move in the closing stages”

Mark Hanrahan (Leevale AC) and Raheny’s Mick Clohisey who were in the mix from the early stages of the race  and were second and third respectively with Clohisey leading the Dublin team to its 34th Inter County title.

The winner of the Men’s U23 title was Liam Brady of Tullamore Harriers AC with Brandon Hargraves (Clonliffe Harriers) in second place, both are guaranteed a spot in the European team while Ryan McDermott (Annadale Striders) was third. While in the Women’s U23 race Mary Mulhare (Portlaoise AC) a recent finalist in Ireland’s Fittest Family final took the women’s U23 title with Maria O’Sullivan (Raheny AC) in second, both of will now make the Irish Team. St. Coca's A.C’s Rachael Smyth was in third place.

Competing along with Ireland’s top athletes were the next generation of cross country stars taking part in the Juvenile Uneven Age Cross Country Championships. Christy Conlon retained his title in the boys under 16 race while Coamhie Harrington (Bantry AC) make it four in a row to take the girls U16 title. The U14 boy’s title went to Fathi Aden (Donore Harriers) with Sarah Healy (Blackrock AC - Dublin) taking the girl’s title. Malcolm Macevilly (Westport AC) was the winner the boy’s U12 title, Aimee Hyde (Newport AC) won the girl’s title. 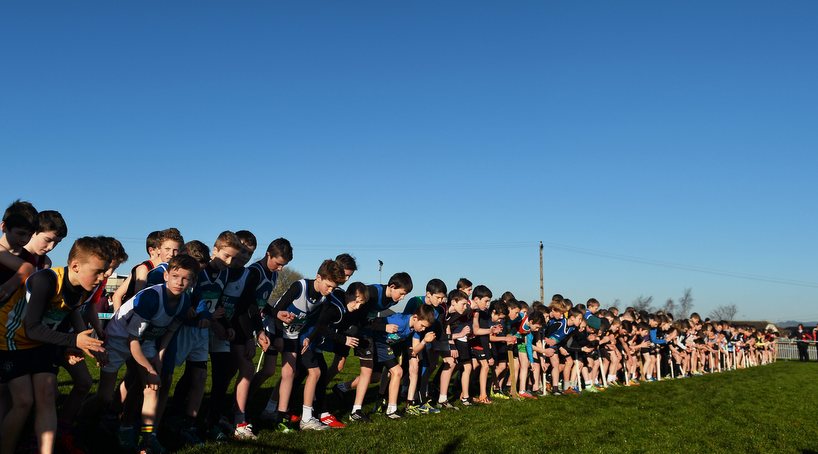