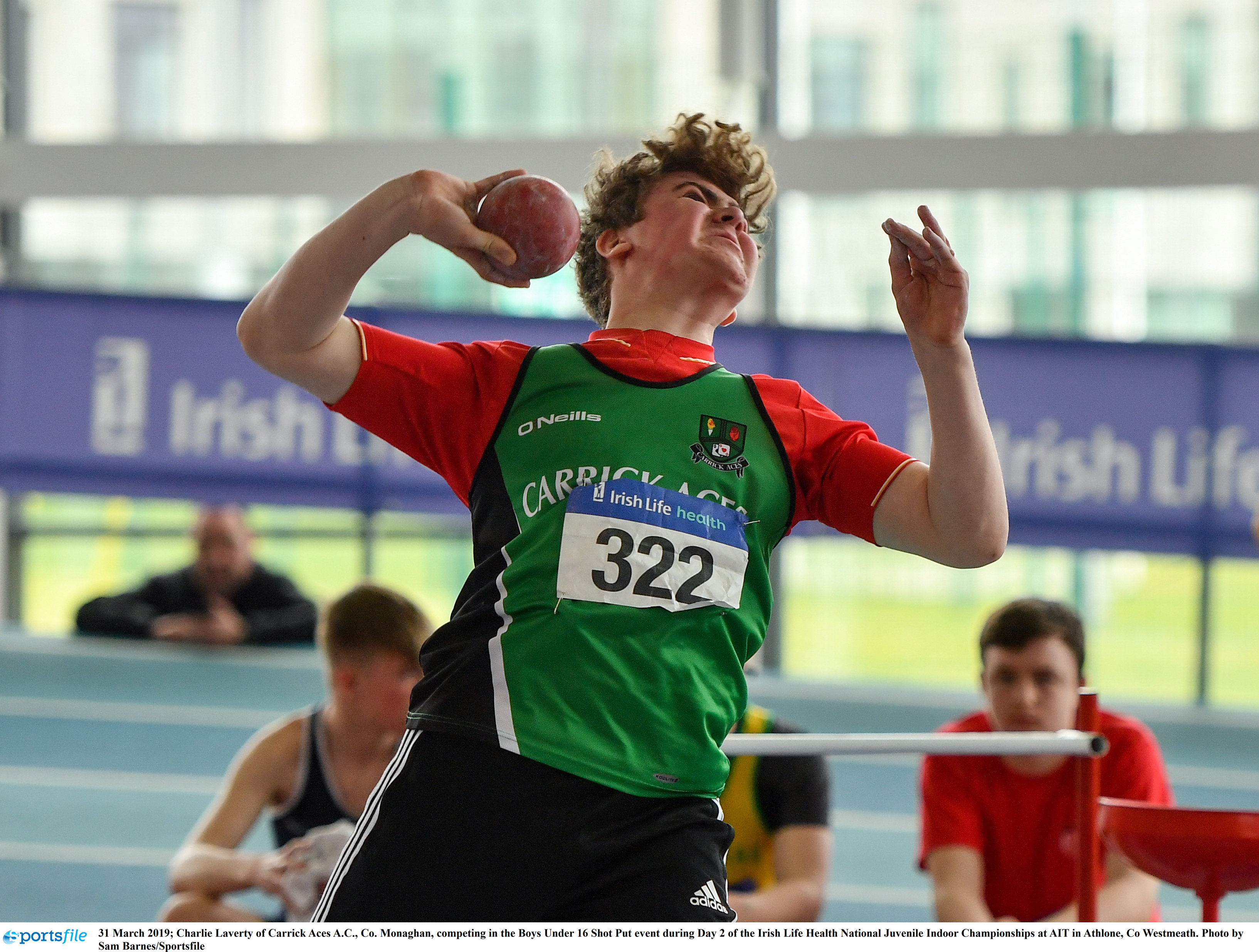 Carrick Aces Athletics Club was born from the vision of 32 local parents in 1990, who recognised the opportunities athletics could bring to their sons and daughters. The number of juveniles quickly increased and soon after that the idea of a senior club was suggested and quickly became a reality in 1991.

Over the years, the numbers gradually increased and it became evident that in order to grow, the club needed adequate training facilities. The plan to build a 400m cinder running track began in 2000 and after nine long years of tireless work by the committee, planning permission was granted and work began on the build; with the help of funding from the National Lottery, Monaghan County Council, Carrickmacross UDC and a 10 year loan from the Ulster Community Development Fund. In 2014, the addition of floodlights and toilet facilities on the site greatly improved the user experience of the area. The ‘Aces Track’ is now a focal point for the local community and outside of our club training sessions, we welcome anyone to use the facility free of charge to walk or run in a safe environment. The playing field in the centre of the track also frequently hosts the local soccer club for training sessions and matches.

Since its inception in 1990, like every other club, Carrick Aces has had its highs and lows. People come and go and at times it has been difficult to keep the club alive. However the last number of years have seen a renewed energy amongst committee members, coaches, parents and athletes, ultimately coming together to do what is best for everyone in our community. Carrickmacross is a small town, with a population of just over 5000, yet we have grown to be the largest Athletics club in Co. Monaghan and the 18th largest club in the country. We currently have 436 active members; 236 in our juvenile and youth sections and 200 adult members. With our juveniles, we don’t believe that any child should be forced to choose between sports they love; so rather than competing with other sports, we have tried to emphasise to local clubs and schools how athletics can complement every other sport through developing skills such as endurance, strength, co-ordination, not to mention mental resilience. Although it can be difficult, we try to organise our training sessions in a way that co-ordinates with other activities; many of our juvenile parents are members of the club and we recognise that finding time to train can be difficult when you have children, so on each of our 3 juvenile training nights, the club organises an adult road run at the same time – in return we do however ask that parents sign up to a roster to help out with tasks such as taking the register, supervising toilet runs, first aid etc! In addition we have a vibrant Fit for Life group that meet twice per week at the track.

The rapid growth of the club has brought its own challenges but rather than buckling under the pressure, one of the most important things we have realised is that everyone brings something different to the table, and through respecting and trusting in each other’s skills and our own limitations, we can achieve much more than any one individual. This has led to the developments of a vibrant, enthusiastic committee (and an even more enthusiastic development sub-committee) that have risen to the job of bringing the club in to the future. We recognise that coach development is key to providing a safe, supportive environment for our athletes and have worked along with Athletics Ireland to encourage participation in training at all levels as well as local safeguarding and CPR courses. We currently have over 20 coaches at all levels from Athletic Leader and Assistant Coach, Level 1 and 2 and one of our coaches is currently undertaking level 3 training, recently nine of our assistant coaches have undertaken their level 1 training. With such large numbers, disseminating information can be a problem, so in 2019 we launched a new website providing vital information such as our code of conduct, policies, contacts, links to registration, a weekly news section and information on upcoming fixtures and recent results. Our development committee has been very successful in linking up with local businesses in a very popular loyalty scheme, which has seen over 30 local businesses offer discounts on goods and services to Carrick Aces members. We realise that to continue growing, yet again we need to improve our facilities. Our plan is to build an indoor area on our current land that would allow us to coach the more technical events during the long cold Monaghan winters, however, like for all projects, money is hard to come by, so our development committee are currently working hard on raising funds through a local development draw and applying for funding through various avenues.

The vision for Carrick Aces is to provide a safe, fun, inclusive environment that serves the needs of all athletes, of all abilities and to instil a love for the sport that will last a lifetime. We encourage our athletes to compete proudly in our green singlet with a focus on taking part and enjoying the experience of trying out the skills they have trained for. In particular we encourage our young athletes to try out all of the events that athletics has to offer and discourage specialising at too young an age, while recognising those older athletes that may benefit from more event specific training and ensuring that they receive it either within or outside the club. In the last number of years have seen a huge increase in the number of athletes taking part in competition – from our under 9s through to the recent 76 adult members who completed the 2019 Dublin Marathon. A sea of Green Carrick Aces singlets is often to be seen at local races with our athletes being well known across Monaghan and surrounding counties for offering great support to local club and charity races as well as hosting our own annual 5km road race and end of year open juvenile races. We have certainly had our successes, with Carrick Aces holding the title of Co. Monaghan Distance League winners for the last four years running; while many of our juveniles took home provincial track and field and cross country medals and two of our littlest athletes came home with National medals in 2019. Our elite athletes, Rose Lambe and Yared Derese, an Ethiopian elite runner who joined the club late in 2018 have certainly raised the profile of Carrick Aces. Rose (who previously represented Ireland and a previous Women’s Mini-Marathon winner) recently won a national age category bronze medal in the National marathon, and Yared became the 2019 National 10 miler and National half-marathon winner. However, equally important to us is every other athlete who gives it their all on the track, field, road or cross country course. For us this is what Carrick Aces is about– a club for everyone.