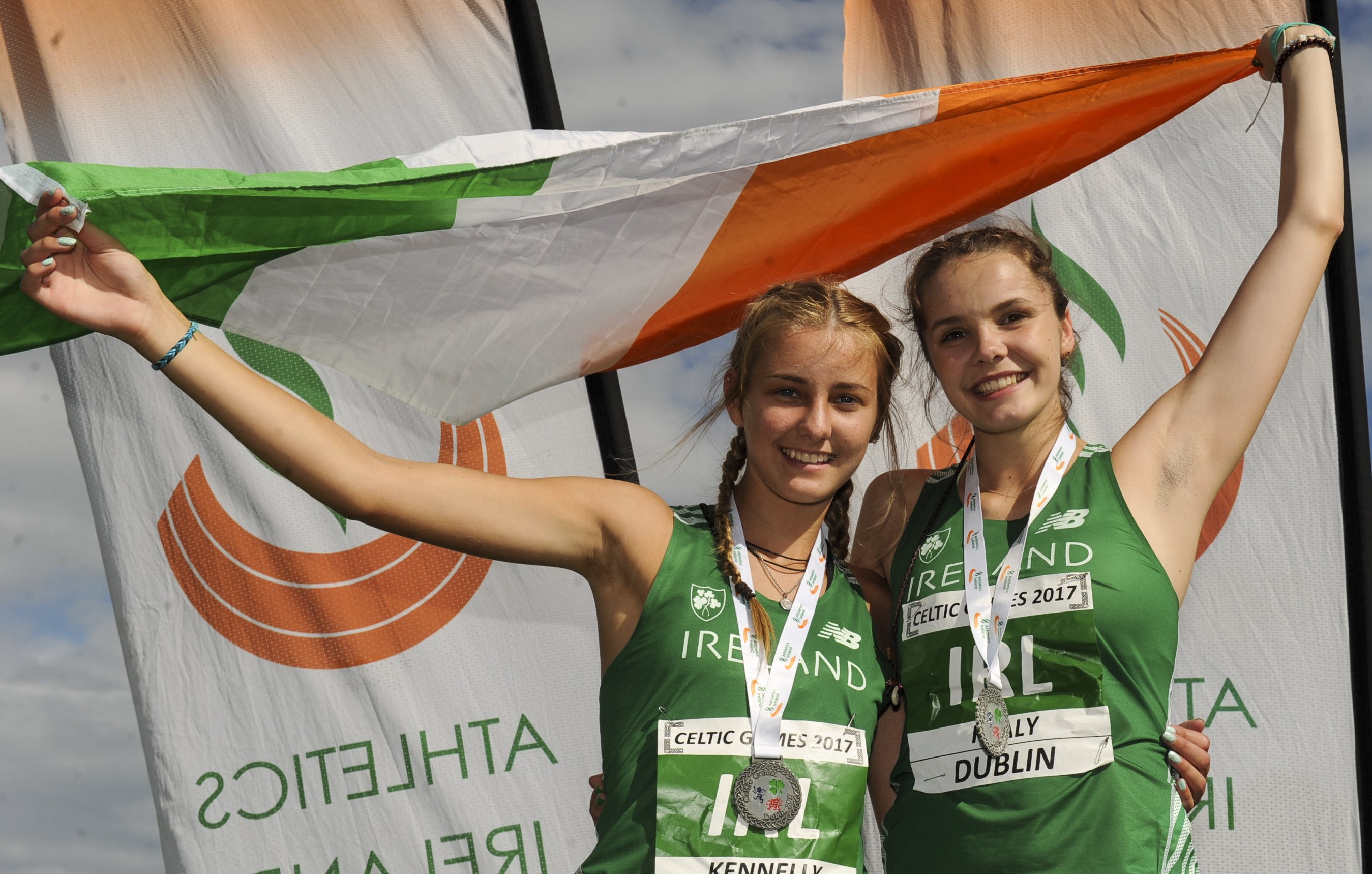 The Irish team has been announced for the Celtic Games in Grangemouth, Scotland on Saturday 4th August. The teams will be competing in the U16 and U18 age groups at the weekend.

Some of Ireland's brightest young athletes will take to the track and field in Grangemouth Stadium - a number of whom featured prominently at the Irish life Health Juvenile Championshipsthis this month.

Sophie Meredith (St Mary’s Limerick) took gold with a jump of 5.85 in a high-quality U18 girls’ long jump Juvenile competition.

Louis O’Loughlin (Donore Harriers) set a CBP to win the U18 boys’ 800m in 1:52.13 at the Juveniles and had a mature performance in the boys’ 800m at the European Athletics U18 Championships in Gyor, Hungary this month.

Lystus Ebosele (DMP) one of the main contenders in the U18 girls’ shot put won with a throw of 13.53m on day 1 of the Juvenile Championships and went on to claim double gold when she won the girls U18 discus on day 2 throwing 31.94m.

Aoibhinn McMahon (Blackrock-Louth) did the double gold on day 2 of the Juveniles, setting a championship best in the girls U16 shot put with 14.14m and winning gold in the U16 gilrs Javelin throwing 41.55, just 23cm shy of the CBP set by Kate O'Connor in 2015.