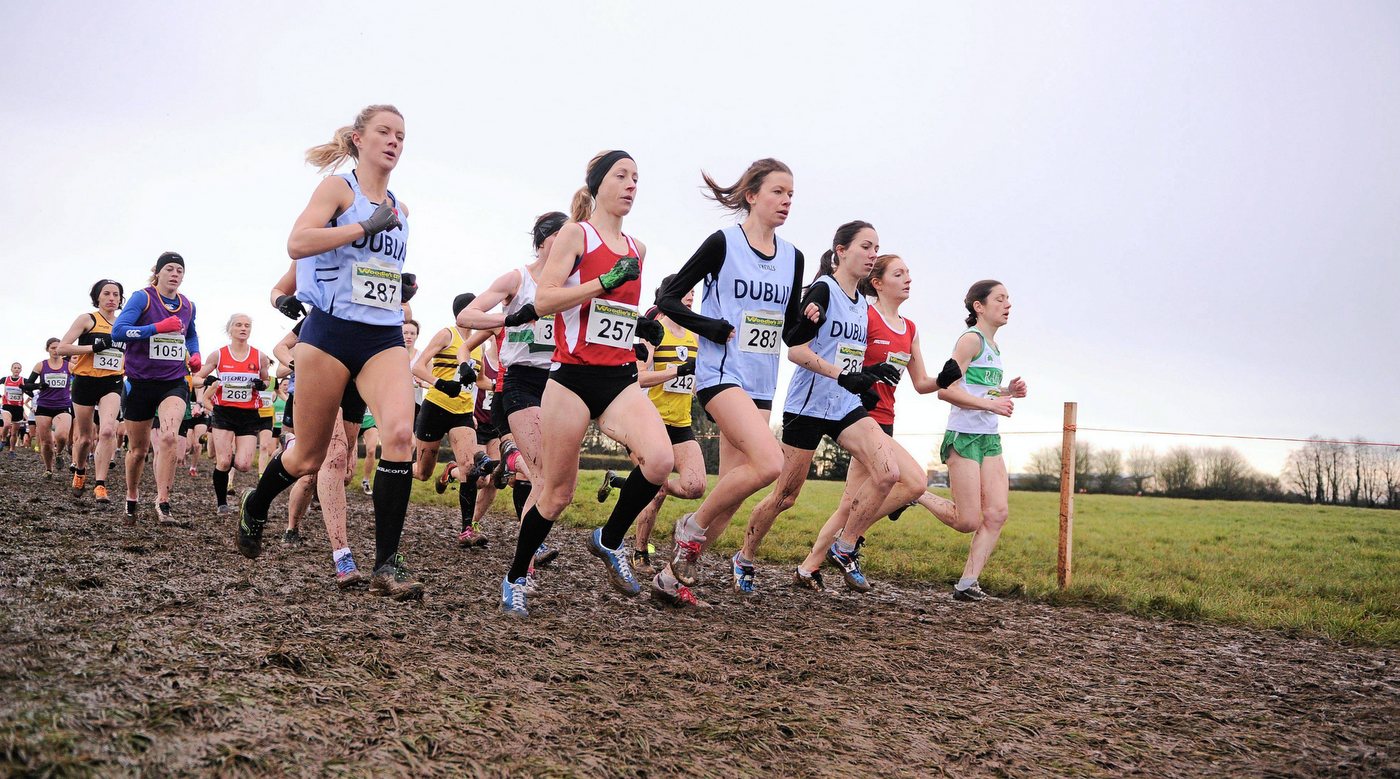 The event timetable, course map, directions and full entry list can be viewed on the event webpage:

The senior, U23 and junior races will also act as trials for the Irish team for the European Cross Country Championships which take place in Bulgaria on the 14th of December. With Irish vests up for grabs an exciting day’s action is guaranteed in Dundalk on Sunday.

Along with Ireland’s top athletes competing the next generation of cross country stars will also be on show in Dundalk taking part in the Juvenile Uneven Age Cross Country Championships . It promises to be a day of pulsating action in Dundalk and an opportunity for spectators to witness top level cross country running across a range of age levels.

Race of the day is likely to be the senior women’s race with Britton set to toe the line against a strong field of Irelands leading female endurance athletes. Britton’s form has been improving steadily over the last couple of weeks as she builds up towards the European Cross Championships.

Making a return to the country is Mary Cullen (North Sligo AC) as she makes her first appearance in a national cross country event in almost two years. Cullen’s last outing came at the 2013 Inter Club Cross Country Championships in Tullamore when she dominated the race to win the title. It’s not all about Britton and Cullen on Sunday with Ann Marie McGlynn (Letterkenny AC), Sarah Treacy (Dunboyne AC), Ciara Durkin (Skerries AC), Sarah Mulligan (Dundrum South Dublin AC), Sarah McCormack (Clonliffe Harriers AC), Barbara Cleary (Donore Harriers AC) and Kerry O’Flaherty (Newcastle AC) all rounding into top form. DKIT, Dundalk at 1.45pm is the place to be on Sunday to see who comes out on top.

Mary Mulhare (Portlaoise AC) will start as the favourite in the U23 race which is being run in conjunction with the senior women’s race.

Defending men’s champion Paul Pollock (Annadale Striders AC) is back to defend his title. However Pollock who is only returning to fitness after an injury layoff will have his work cut out to be crowned 2014 champion. Brendan O’Neill (Dundrum South Dublin AC) has returned to impressive form this season with big victories at the Autumn Open Cross Country in October and the Dublin Championships in November. Other impressing at these championships included Raheny Shamrock duo Mick Clohissey and Conor Dooney along with Donore Harriers athlete John Travers.  Marathon man Kevin Seaward (St Malachy’s AC) and Mark Christie (Mullingar Harriers AC) will be targeting top performances with the likes of Dan Mulhare (Portlaoise AC) and Mark Hanrahan (Leevale AC) also in the field and exciting race is guaranteed.

As with the women the U23 race will be run within the senior race. Liam Brady (Tullamore Harriers AC) has shown impressive form as of late starts as the slight favourite. Brandon Hargreaves (Clonliffe Harriers AC), Ryan McDermott (Annadale Striders AC), and Ruairi Finnegan (Letterkenny AC) are all likely to feature.

The junior men’s and women’s race will include the U18 athletes with the top three across the line guaranteed a spot on the Irish team for the European Championships. Defending champions Sean Tobin (Clonmel AC) and Siofra Cleirigh Buttner (DSD AC) are both on scholarship in the US guaranteeing new champions in 2014. Kevin Mulcaire (Ennis Track AC) who finished second last year will be out to go one better and claim the title. Andrew Corscoran (Star of the Sea AC), Con Doherty (UCD AC), Pierre Murchan (Celtic DCH) and Mullingar Harrier trio Shane Hughes, Padraig Moran and Jack O’Leary will all target a top position.

Athletes from all across the country will battle it out for the various club and county team prizes on offer. Action gets underway with the girl’s U12 race at 11.30am and concludes with the senior men at 2.25pm.