The 2nd year of the Irish Runner 10 Mile took place on a warm but overcast Saturday morning in the Phoenix Park. With entries up on 2018, and plenty of club colours on show, it was expected that there would be plenty of stiff competition for the national titles on offer. This was the last race in the Athletics Ireland Race Series capping off a very successful trilogy of events.

The Mens Team results really did throw up some great excitement as runners came in very close together. At one stage there were 4 teams with 2 across the line but Raheny Sham ACrock A.C.s Wes O'Brien got their 3rd member home to clinch the Senior Title. The Women's team title was a little more clean cut with a strong Donore Harriers team pilling on the pressure from early doors to come home with 12 minutes to spare.

David Flynn (Clonliffe Harriers) won the Senior Men's National Title with a strong and confident performance. David pulled away from a gutsy run from Clonmel A.C.s David Mansfield on his way to taking the gold. Cillian O’Leary of Raheny Shamrock AC came in a close third. 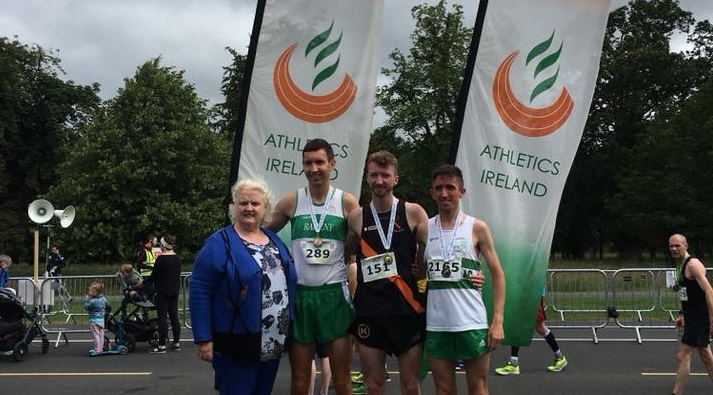 The Ladies winner was Niamh Clifford of Star of Luane A.C who managed to put just under a minute between herself and second placed Sally Forristal of St Josephs AC. Angela McCann picked up a super bronze for Clonmel AC.

Check out all the PROVISIONAL RESULTS.