Glenmore AC shows the heart of the Cooley belongs to Inclusion 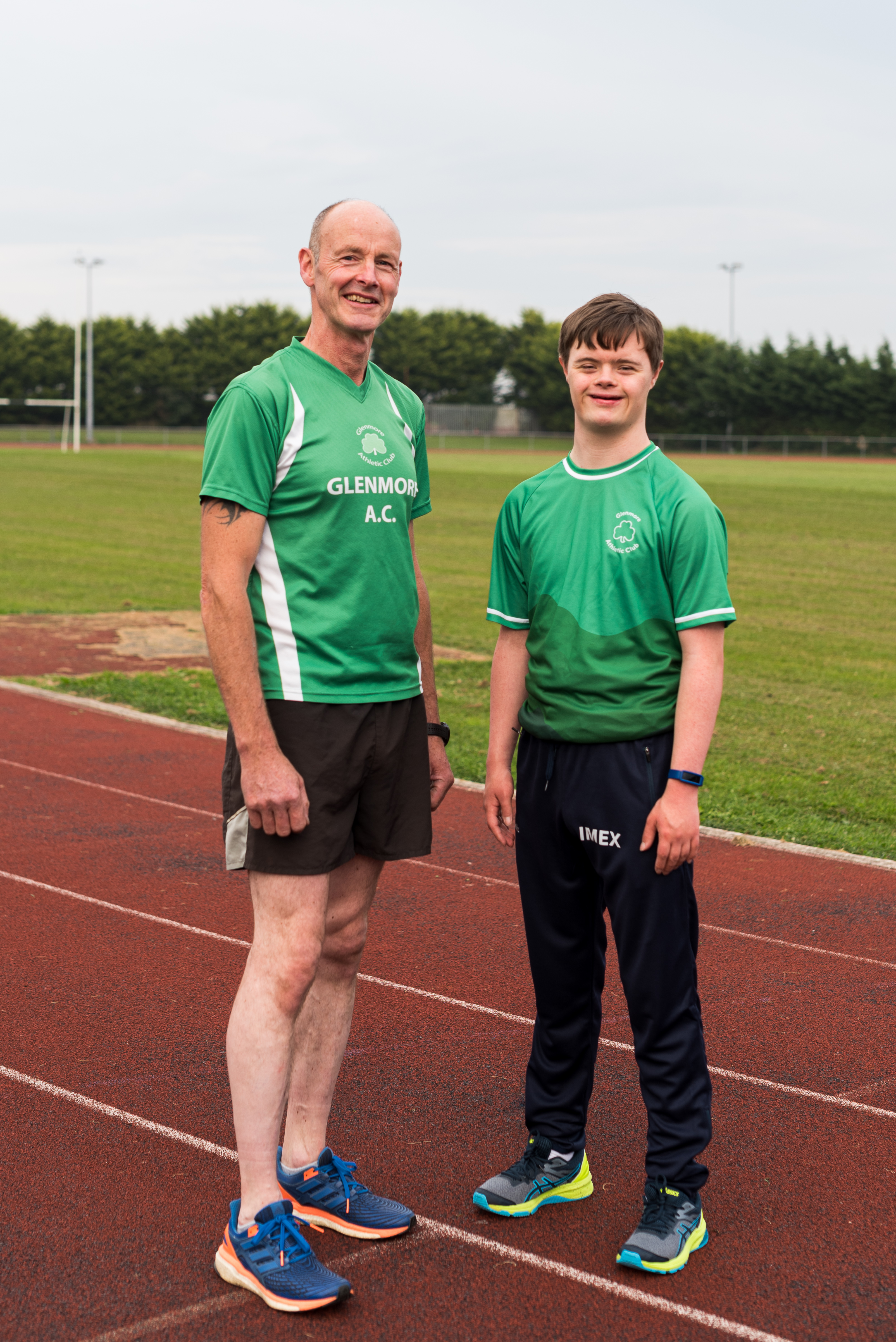 Glenmore Athletic Club is set in the heart of the Cooley Peninsula, its location is adjacent to Bush Post Primary school with the backdrop of Slieve Foye, its founding members all from the valley of Glenmore which is 5k from its athletics track base saw a need for athletics in this area back in 1969 where the main sport was GAA, although some of these men were also involved in coaching the local tug of war team.

Their wish was to provide a sport inclusive of all and from that day to this that has been the ethos of the club.

Through the years the club has been involved in every aspect of this, namely, cross border athletics, engaging with athletes from all the divides of that time, as well as being the venue for Leinster Special Olympics.

As part of their annual Credit Union races, for the twelve primary schools in the catchment area, an additional needs event has always been included. The club also engaged in a Come & Try Day, where able bodied athletes competed together with athletes using wheelchairs.

Glenmore AC’s current chairperson and coach Kenneth McBride, son of Michael McBride one of the founders, is a strong force in working with all. His dedication and coaching of David O Hare who is heading off to the Trigames early October has been a priority for the last few months.

David started training with Glenmore athletics club early 2020 and continued in 2021 after lockdown was eased.

Glenmore athletics welcomed David from the start, the committee went out of their way to accommodate him.

Kenneth McBride became David’s coach and although it was the first time training an athlete with Down syndrome, Kenneth made David feel part of the club and a worthy athlete.

“Belief, determination and commitment is what I see in this young athlete.” Kenneth describing it as a pleasure and humbling experience working with David.

Over the months, a wonderful relationship and comradery formed between coach and athlete. Franco van Heerden, St Mary’s College Dundalk past pupil,  joined as David’s training partner. Athletes with Down syndrome hugely depend on visual cues and emulating someone else’s actions, which made this partnership work well.

The O’Hares cannot express their gratitude towards the club enough, Caroline, David’s mum, had this to say, “Glenmore has taken David to their hearts. There is such a lovely community feel about training at Glenmore as they all watched David train over last few months. You could feel their support and they have become his running mates.

Kenneth McBride a great chairman and fabulous coach, he had taught David not to just be an athlete but to be a competitor too. He has got the best out of David and it’s been a joy to watch their relationship grow.

At his final training the club presented David with a beautiful memento of Italy and gave him a lovely send off.

Glenmore made us, as a family, feel welcome from the second David started training there.”

The SUDS European Trigames 2021, a multisport event, takes place in Ferrara, Italy, from 4-11 October - hosting teams with athletes with Down syndrome from over 17 countries in 8 sports.

David will be travelling with his mother Caroline to Ferrara on the 3rd of October.