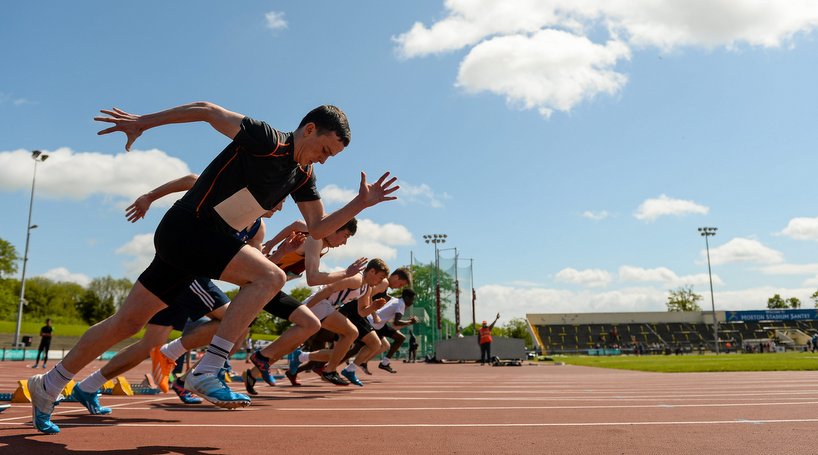 Due to a clash in competition the GloHealth Tailteann Inter-Provincial Championships will this year take place on Friday, 19th of June. The event takes place in Morton Stadium, Santry where an exciting day kicks off with field events at 1.30pm and track starting at 2pm. The programme brings together the GloHealth Irish Intermediate School champions from across Ireland to compete for the opportunity to progress onto the International School Championships at the Intermediate level. With many of Ireland’s top young athletes on show, the event hosts a day of exciting action.

Daniel Ryan (CBS Thurles) coming off the back of a gold medal in the long jump and 100mH events will be hoping to continue his success at the Tailteann programme this Friday. Ryan begins with the Long Jump event at 2PM.

Ciara Neville (Castletroy College) impressed with performances in the 100 and 200m race categories at the Irish School Championships by setting two new records before going on to assist her school in winning the 4X100 race. Neville will be competing throughout the day in Morton Stadium, with her first race at 3:15PM.

Kevin McGrath (St Pat’s Navan) succeeded in winning the 800m Intermediate race in Tullamore with a time of 1:57.22 and will hope to continue this form when he lines up in Santry on Friday.

Sophie Meredith (SMI Newcastle West) the 2015 Irish School Champion in both the Long and High jump (new record holder), competes at 2:00PM in the long jump and at 3:15PM in the high jump.

Michaela Walsh who set the record for the Tuilteann Hammer Throw last year (59.92m) will be aiming to reproduce her winning throw in last month’s National Champions as she claimed first place with 63.76m. The SM&P Swinford athlete also won the Irish Schools Shot putt event in Tullamore with a record throw (16.46m) and will be lining up later in the day at 3:45 for this event.

Sommer Lecky (Strabane Academy) will be taking part in the Long and High jump throughout the day as the Tyrone athlete looks to further her success in the field events.