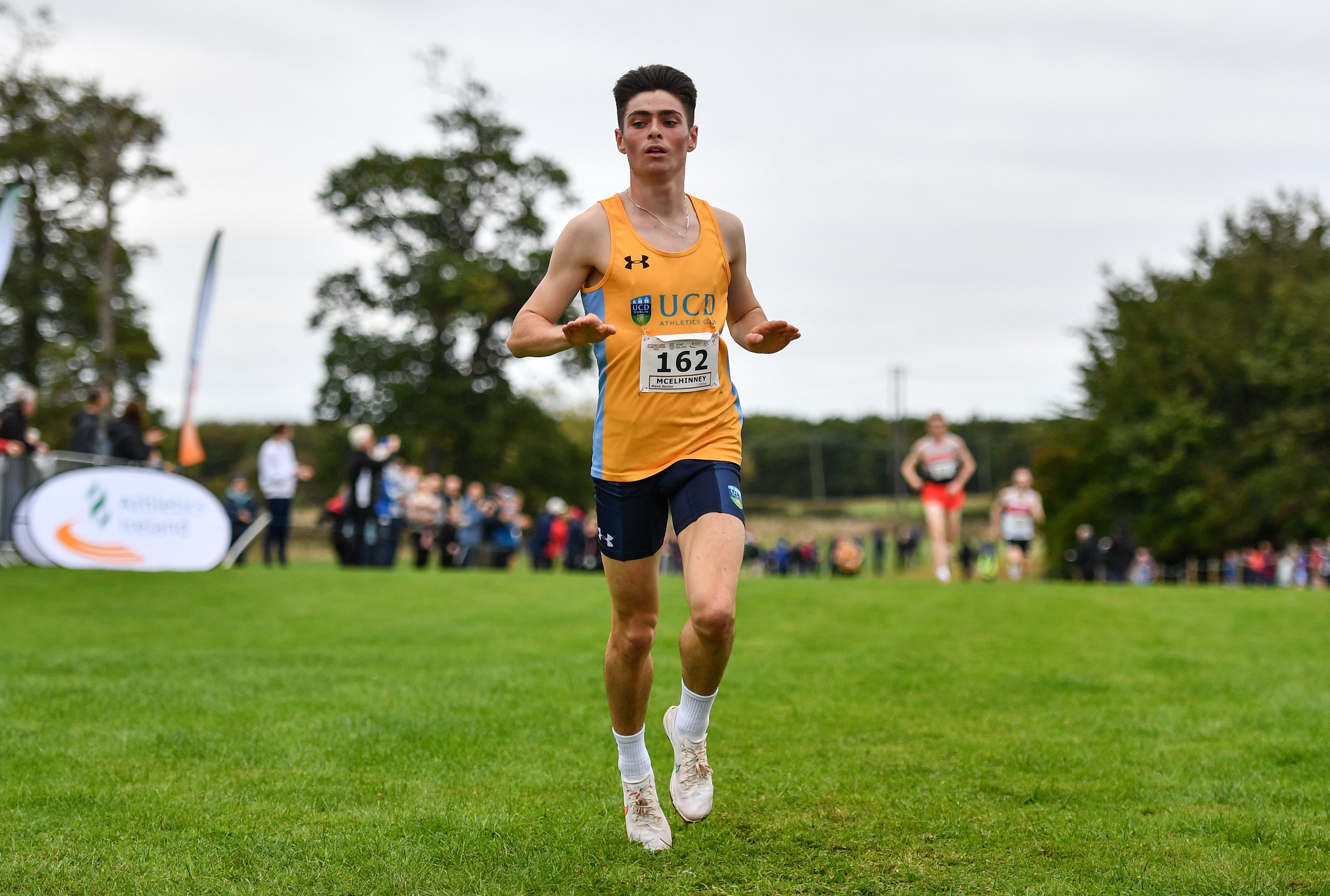 The purpose-built cross-country course was in magnificent condition on this, it’s final day of competition in advance of the SPAR European Cross-Country Championships on December 12th.

With the main races combined over different distances, McElhinney was to the fore in the men’s senior race throughout – keeping tabs on GB athlete Tom Mortimer as they leading pack entered the final lap.

The UCD athlete galloped away towards the end to clock an impressive 22.59 to back up his recent IUAA title. Mortimer would follow home in second place (23.07) with Thomas McStay of Galway City Harriers looking just as impressive, crossing the line for 3rd (23.08).

The senior athletes had to contend with the company of teen sensation Nicholas Griggs (Mid Ulster AC) who stayed with the leading pack before verging off to claim the junior title over the shortened course (6,000m) in a blistering 18.26. Scott Fagan (Metro/St. Brigid's A.C.) in 19:10 and Aaron Smith (Cilles A.C.) in 19:15 completed the top three.

There was a huge entry in the master’s competition, and Tim O’Donoghue (East Cork A.C.) M35 was first of the masters athletes across the line with a 23:36 performance.

In the senior women’s race, Abbie Donnelly (GB) went back-to-back, following up her 2019 win with another stunning front running display to take the victory in a brilliant 21.04.  Donnelly went from the gun and a leading pack which included Ann Marie McGlynn (Letterkenny AC) soon developed a break on the field.

McGlynn’s marathon stamina saw her stay on powerfully up the final hill to cross the line in second, and in doing so secured the women’s masters title in 20.58. Donnelly’s clubmate Kirsty Walker (GB) would cross in third, while the ever-consistent Mary Mulhare (Portlaois AC) was next to cross in 21.15.

The junior women’s race was another superb finish with Jane Buckley of Leevale AC claiming the bragging rights in a hard-fought battle with Celine Gavin (DCH AC) and Roisin O’Reilly (Menapians AC).

Buckley showed great composure heading out onto the final lap and kept enough in reserve to storm away coming into the final straight to cross in 16.08.