An Irish photographer is celebrating after being nominated for the world's most prestigious photo-journalism contest.

Stephen McCarthy, who works for the Sportsfile agency, is one of three nominees in the sports category of the 2021 World Press Photo Contest. 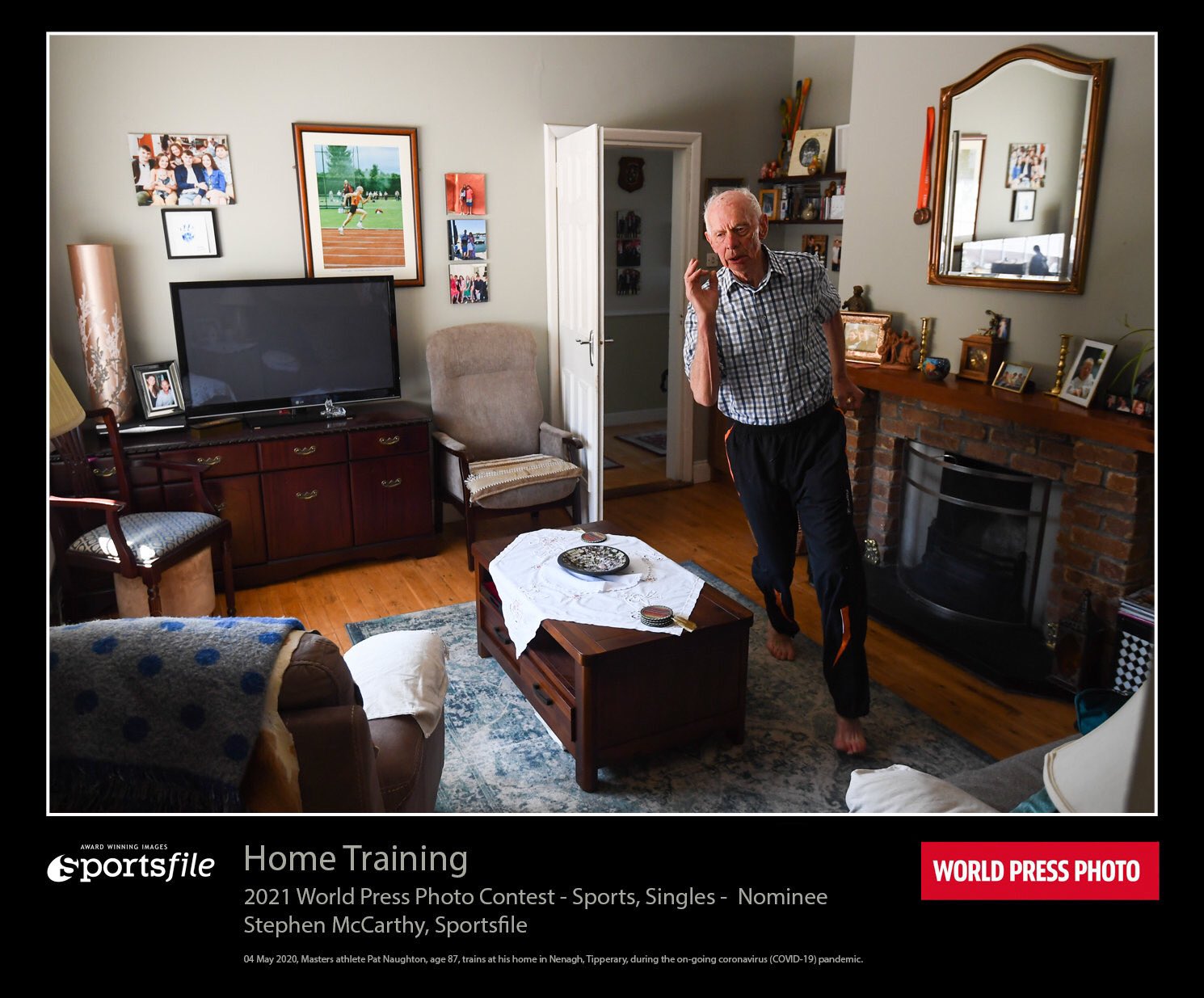 The photographer said: "The picture came about after I was commissioned for a story for the Irish Independent. I found out that Pat trains twice a day, in the morning and evening.

"Usually, he would travel across the road to exercise at the Olympic Athletic Club in Nenagh. But during the first lockdown the track was closed, so Pat had no choice but to continue exercising in his bungalow.

"He was - still is - a decathlete. So not alone was he running around his living room and into the kitchen, Pat was also going through the motions of the shot put and the high jump, obviously without any of the tools of the trade, as he had to stay inside.

"It’s the kind of photograph that I hope we never have to see again. It captures what people went through in the sporting year in 2020."

Mr McCarthy said his photographs of Mr Naughton captured "what people went through in sport in 2020".
(Courtesy: Stephen McCarthy/Sportsfile)