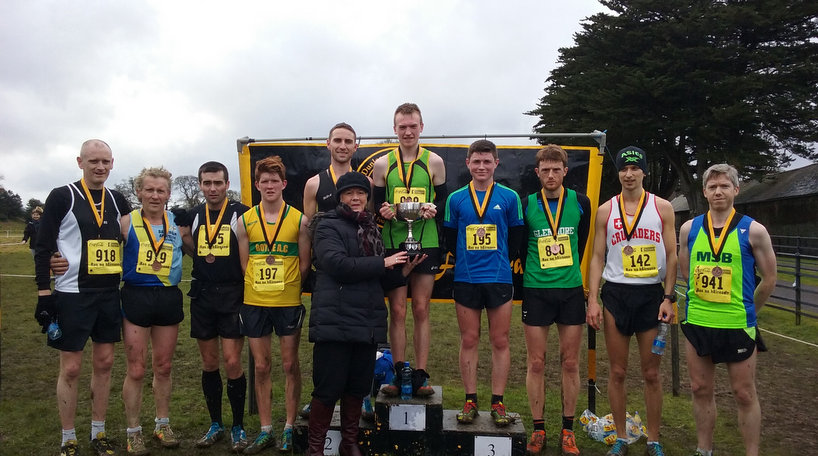 The 46th annual Rás na hÉireann took place at Oldbridge House estate on Sunday last and despite a few showers of rain and mucky conditions, the event was a huge success once again with wonderful support from far and near.  Sponsors Coca Cola were represented by Hugh Hodgins and
Hugh was on hand to make presentations and congratulate the participants.  Dunleer Athletic Club hosted the event and are grateful to their many friends and supporters for their amazing generosity of time and spirit.  A special word of thanks goes to the OPW for allowing the Club to host this popular event once again at Oldbridge, home of the best cross country course in Ireland.  Thanks also to St. Johns Ambulance for their support.

The senior men's 6km race was won by David Scanlon, Rathfarnham AC (20.19)and the host Club was delighted to see Club member Darragh Greene(20.46)  make a welcome return to form with second place, with Eoin Smyth from Meath in third (21.42). North East Runners just edged
ahead of Dunleer AC to win the team title and the Noel Mc Guill Cup.

In the ladies 3km race, DSD had a crack squad, taking the first three places with Sarah Fitzpatrick (11.26), beating her sister Emer Fitzpatrick 11.54), and followed by Nicole Kenny (12.07).  First Dunleer AC lady home was junior Aoife Fay in 6th place in 12.26. These times were quite remarkable considering the muddy terrain on the day.  First team was DSD, with Dunleer AC in second place. DSD retained the Sandra Floyd Cup for the second year.

Dunleer AC would like to thank all of the juveniles from all of the Clubs who braved the muck and rain and came out to support and enjoy the event.