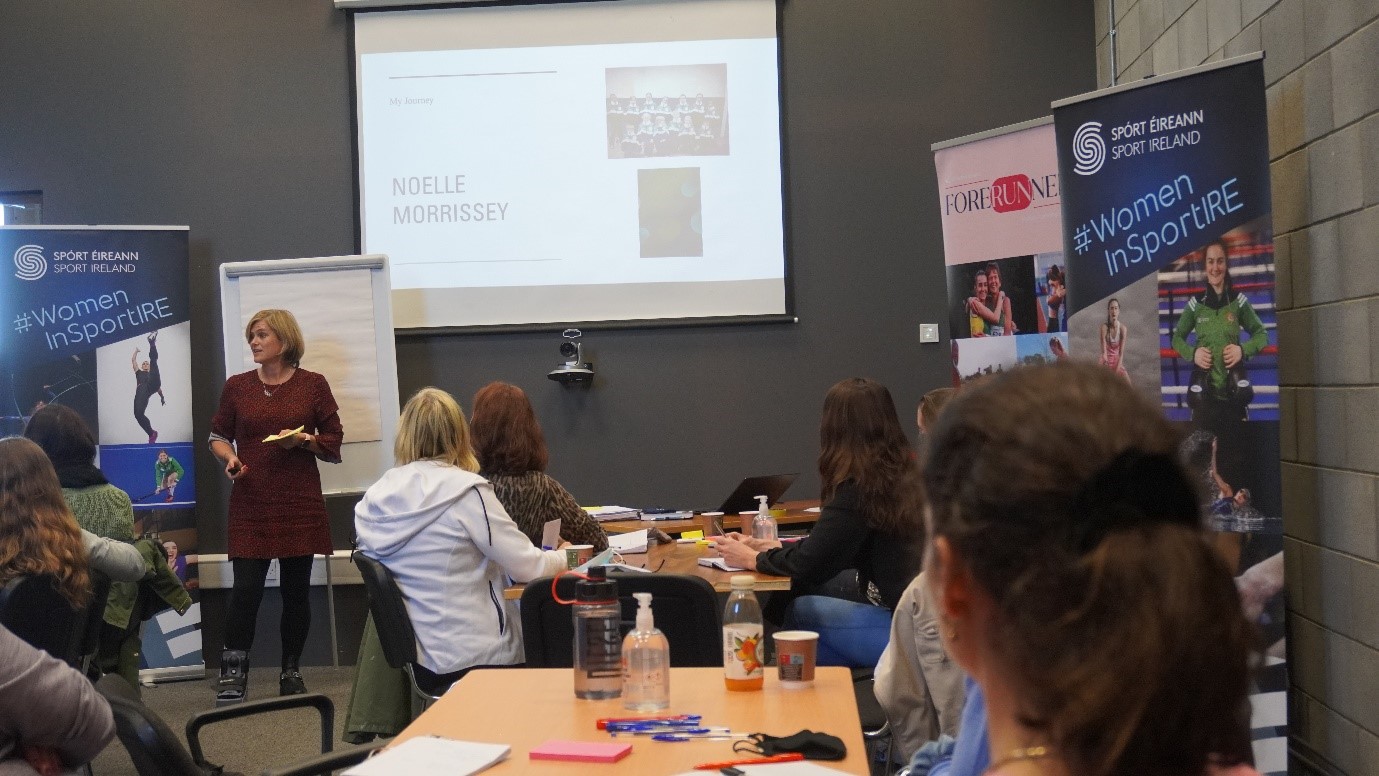 Drumshanbo Athletic Club is based in the town of Drumshanbo, Co Leitrim. The club was formed in the late 1970s with structured training sessions beginning in 1978-1979. The club was re-established in 2014.

From the very beginning, there was a committed group of coaches who put huge time and effort into the club. These included Pat Maleady, Ronan Cullen and Michael McLoughlin. Peggy Lynch, Rita McGovern and Pauline McGonigle also coached juveniles. An employee of Arigna Power Station, Peter Duffy, was also involved in the early 1980s. These volunteer coaches worked in harmony with a local secondary school teacher named Tony Mc Gowan who established the club. Tony was a man of strong values who showed a selfless commitment in this undertaking. His foresight and determination guided the growth and development of the club.

Children trained on Tuesdays with runs from the Methodist Church in the town to the swimming pool and back. On Thursdays there were running sessions up and down the Mart Road – the equivalent of sprint sessions now. On Saturdays they trained in the football field and sometimes during cross country season children trained in Lough Key Forest Park. 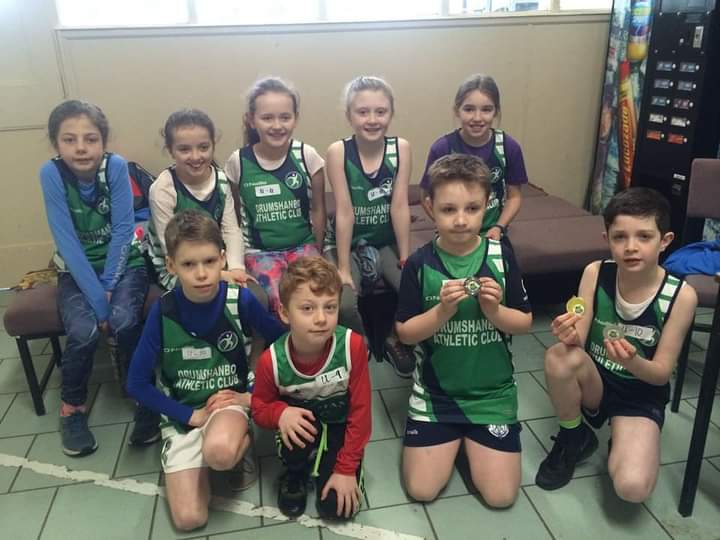 All this commitment by coaches and athletes brought its own rewards. In 1981 the club qualified it’s first team for the All-Ireland Cross Country Finals in Killeigh, Co. Offaly - Under 12 Boys. They won silver medals in Connacht Cross Country in Oranmore behind Loughrea AC. The club won the O'Beirne trophy (Leitrim Road League) three times in the early 1980's. Paul McGovern won the first gold medals for the club in the Community Games and All Ireland Track & Field Championships in the 100m. Tony also managed a number of second level teams who competed at multiple All-Ireland Cross Country Finals. He also ran the annual Drumshanbo Sports Day.

Life moved on and times changed. Tony moved into the world of gaelic football and had continued success with these athletes on the football field including a number of senior football county titles.

The sparks were reignited in 2014 when Christina Gilrane and Marie Mc Govern came together with a plan to re-establish the club. This was a huge personal undertaking, but their drive and determination was contagious. Local ladies Sharon Mc Gourty, Sharon Reynolds Mc Gourty and Zona Foley quickly came on board to help. They were followed by PJ O’ Donnell and Hugh Mc Govern. 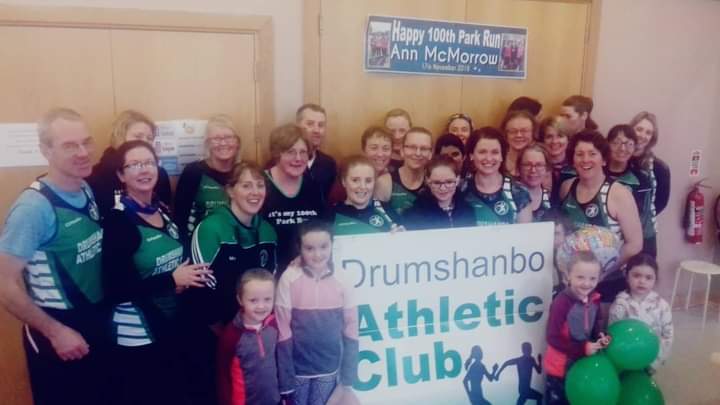 There was great enthusiasm and a warm community welcome from the beginning and numbers quickly grew. Liam O’ Neill, an experienced coach and marathon runner, gave his time and energy freely, and provided great direction in the initial weeks. Other locals volunteered to coach and freely gave of their time and energy. Currently, there are 110 juveniles and 60 adults registered with the club. It is a young, vibrant and accessible club.

Due to the demand, children begin attending from 8yrs and continue into their teenage years. Training sessions, organised and run by a very dedicated group of coaches take place each Tuesday night from 6-8pm. Strength and conditioning sessions for teenagers take place each Monday night. All these sessions take place at The Mayflower and its adjoining astro pitch. During the spring and summer months when days are longer, athletes utilise walking paths around the town, along the local canal and in recent times the Blueway at Acres lake. Children enjoy the social, health and physiological benefits of training. They also compete competitively in local events and competitions including schools indoor, outdoor, paired events and individual competitions. They travel to Carrick, Manorhamilton, Sligo IT and Athlone IT to compete as well as to selected regional locations. 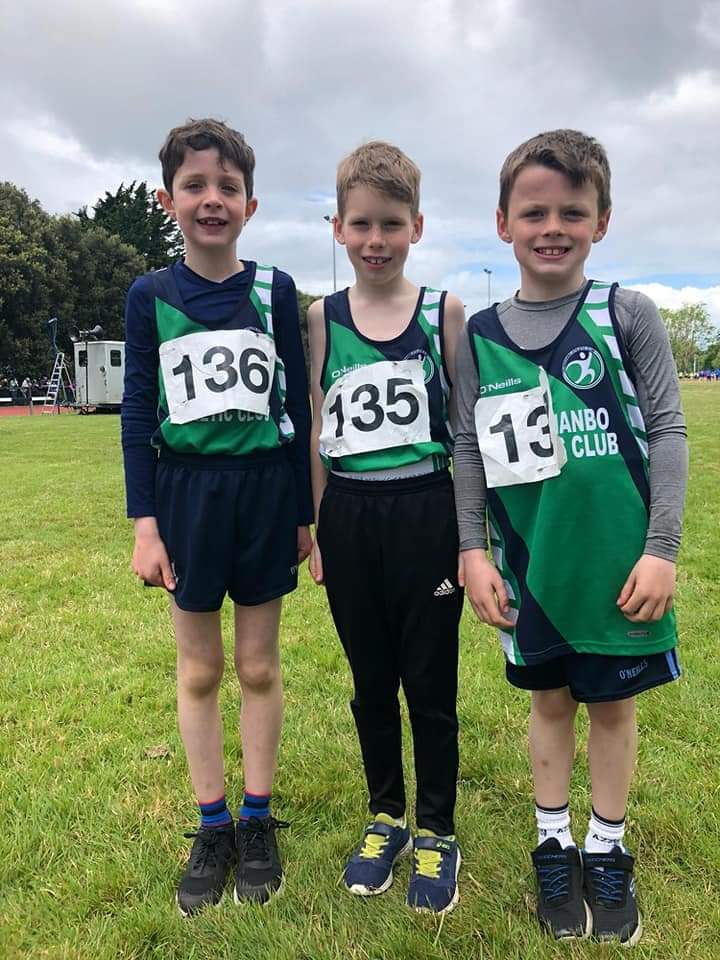 The annual Tony Mc Gowan Run, held each February is run in conjunction with the club and is a highlight for juvenile and adult members as well as the wider running community in Ireland. The event epitomises all that Tony stood for – the benefits of sport, teamwork and community coming together with a common goal of the betterment of all. This year 2021, the event is taking place virtually and registration can be accessed through the facebook page – Tony Mc Gowan Run.

Liam also helped to establish the adult running club and was excellent at motivating and encouraging the most reluctant runners. He was joined by Roy Kelly and Cyril Mc Keon. Adults are now being coached by another local, Ricki Wynne. This group has proven very popular with parents of juveniles and adults from all age ranges and abilities attend training sessions on Tuesday and Thursday nights.

These sessions offer members opportunities to meet, train and participate in a range of endurance and strength/conditioning programs. Each year the club has a sizable group of athletes who take part in the Dublin City Marathon and this year was no exception with a large number taking part virtually. The group are very active in supporting a range of other virtual events throughout the year especially those that are local and support a charity. Park runs are also an important element of the adult training for health and social reasons.

Adult members are grateful to their coach Ricky Wynne for his very professional help through the year and not content to just coach the group Ricky is working hard at his own program for 2021. This will be a big year for Ricky with two key races in the pipeline. First up is the Portumna 100k on June 12th. Ricky holds the course record for the 50k event (3"23) and now wants to add the 100k record (currently 7"48) to his name. It is well in his compass. Then it’s off to Kerry for the Kerryway 200k in September. Ricky has had a number of very strong finishes there in recent years and don’t be surprised if there is further improvement this year...keep an eye on Ricky!. 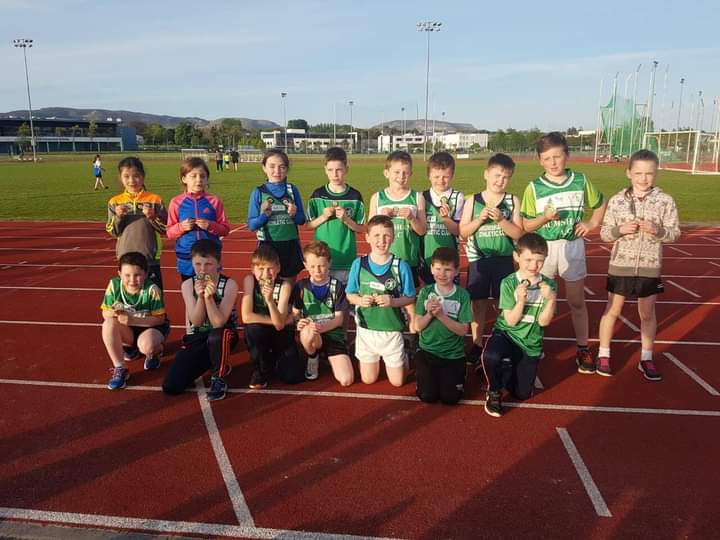 Further highlights from the club and additional information can be accessed on the facebook page Drumshanbo Athletic Club or Instagram page drumshanboathletics.

The committee and club wish to acknowledge the guidance given by John Connolly, Pádraig and Patricia Griffin in the re-establishment of the club. They also wish to thank the other clubs in the county (Carrick, Mohill, Ballinamore and North Leitrim) for their support and assistance. No club can exist without the dedication and commitment of coaches. The club wishes to thank all the past (and relatives of those who are deceased) and current coaches who give so freely of their time and energy and are the driving force behind all the club’s successes.