Teresa accepted the nomination on behalf of the entire team and volunteer coaches who contributed to Ireland’s medal haul. The nomination was also accepted on behalf of the management team at the European Championships led by National Endurance Coordinator Matt Lockett, of which Teresa played a significant part as the Senior Women’s team lead.

Athletics Ireland CEO, Hamish Adams congratulated Teresa McDaid on her nomination saying; “We congratulate Teresa and all of the team in receiving this very prestigious Signify Manager of the Month Award. This award and the success of our athletes at the recent European Cross Country Championships is a result of the great work being done by the entire team, and also  goes to further highlight the importance of our volunteers who are the heartbeat of our sport”.

Congratulations to all involved. 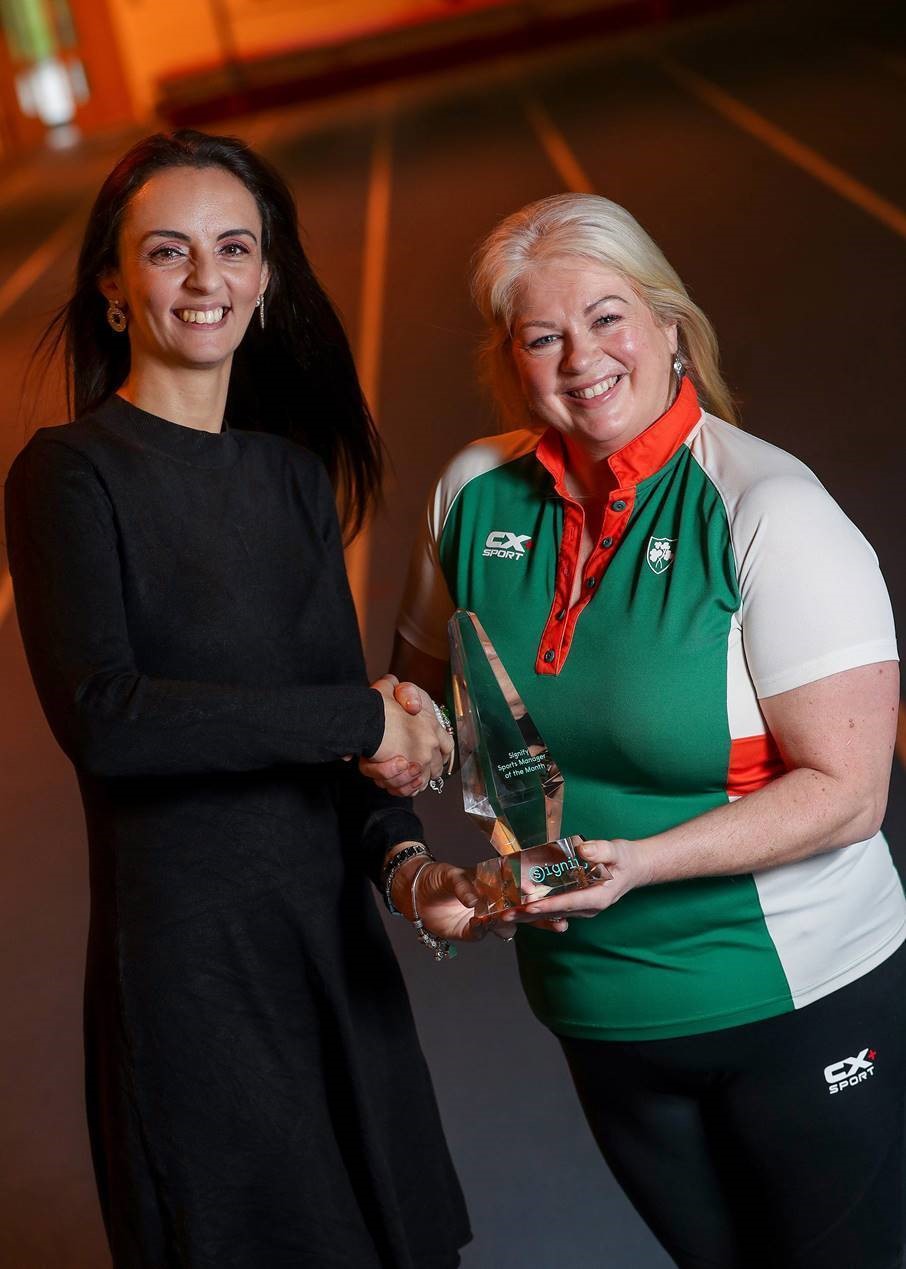