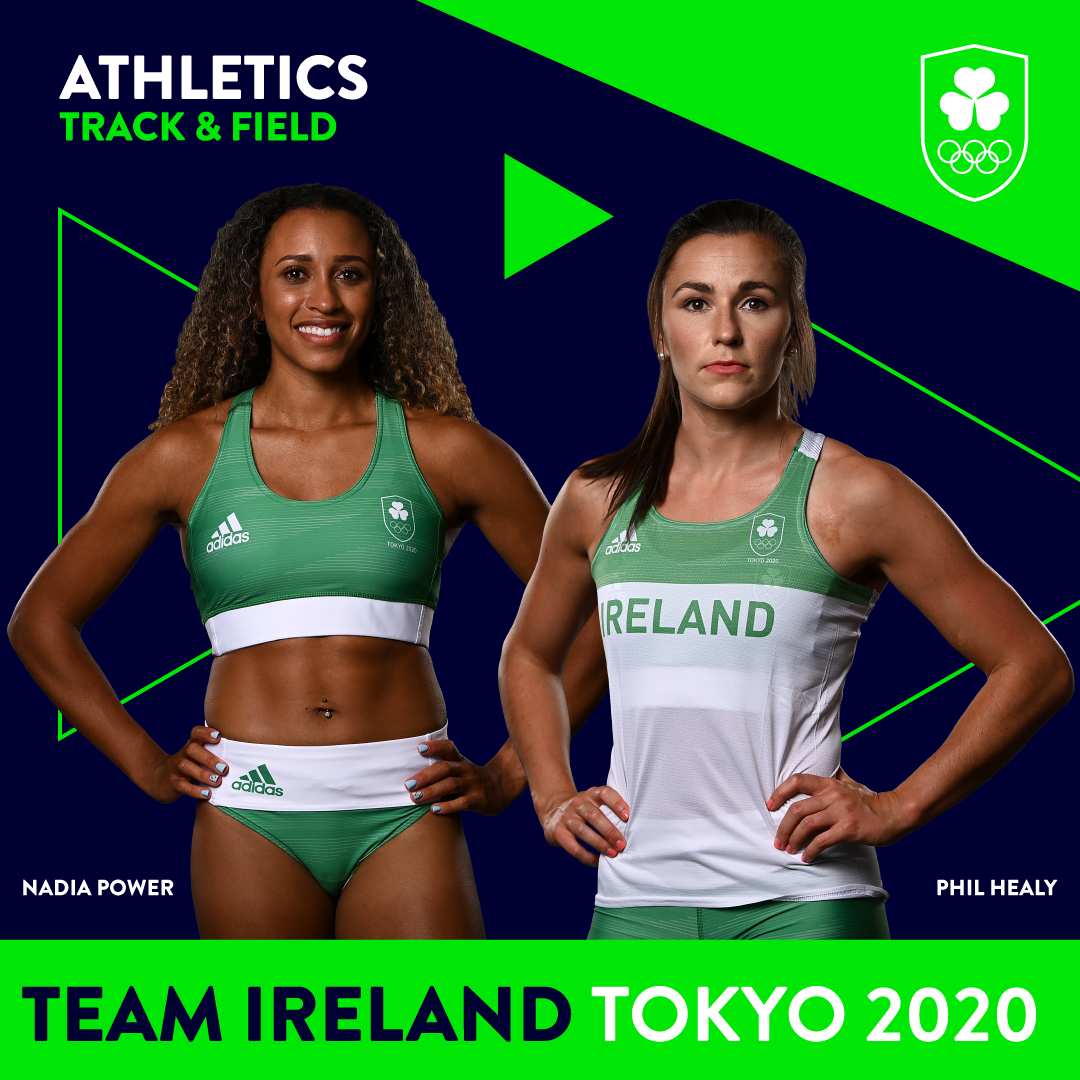 *Photos of Phil Healy and Nadia Power from Sportsfile HERE*

Team Ireland has officially selected the Athletics Track and Field and 20km Race Walk team who will be competing at the Olympic Games in Tokyo. There will now be twenty-five athletes competing across the athletics events, with today’s announcement confirming those athletes who were in events that had Olympic ranking open until the end of June. The athletics events occur in the second week of the Games, running from Friday 30 July – Sunday 8 August, with the events taking place in both Sapporo Odori Park and the Olympic Stadium.

Last month the Marathon and 50km Race Walk team was announced, with seven athletes competing in Sapporo, today’s announcement includes athletes who both achieved qualification standards in their respective events, or who finished within the rankings on the cut off day last week. It was a tense final few weeks for those competing, especially those on the cusp of the qualification cut off, with concurrent competitions taking place around the world right up until the final day. While some athletes like Rio Olympians Thomas Barr and Ciara Mageean secured qualifying times in advance of the cut off, others like Mark English and Sarah Lavin had a tense wait and tough competition decisions to make right up until the final few days, with English achieving his automatic qualifying time on the last day.

“I am very proud to be representing Ireland at my second Olympic Games. The men’s 400m hurdles is one of the most competitive events on the track at the moment and I can’t wait to line up and compete against the best on the biggest stage in the world.”

“It is a real honour for any athlete to be selected to represent their country at the Olympic Games. To achieve qualification in one event is a dream for any athlete as the Olympic Games is the pinnacle of any athletes career. I am thrilled to be selected for two individual events in addition to the mixed 4x400m relay. Every athlete has worked so hard to get to this point and it’s made all the more special to have such a large and strong athletics team heading to the Games.”

"We have here a talented team of athletes, who have been faced with a challenging season of competition. For some qualification was confirmed early on in 2019, but for other athletes like Mark English, were achieving standards right until the last day. We have a strong team travelling with us to Tokyo, and I'm really looking forward to seeing what they can do on the world's biggest stage.”

“The Olympics is the pinnacle of our sport, and we must acknowledge the outstanding work athletes and coaches have put in to overcome the challenges of the last 15 months. The ‘end-game’ of the qualification period was excruciatingly difficult for many, but these athletes and their coaches expertly navigated the qualification system and have been rewarded with their place on the biggest stage. The resilience shown by these athletes has resulted in Ireland’s second biggest athletics team ever heading to a Games, and the highest ever number of individual qualifiers, all of whom are primed to take on the best in the world in just a few weeks’ time.”

Team Ireland now consists of 114 officially selected athletes, making this the largest team to represent Ireland yet. There is one remaining team announcement (Judo) which will take place on the 12th July. The Olympic Games in Tokyo will run from the 23rd July to 8th August 2021.

Athletics Ireland would like to congratulate all of our athletes and their coaches who have been selected to travel to Tokyo for the upcoming Olympic Games.

We are very proud of you all and look forward to seeing you represent us in Tokyo in what will be the second largest ever athletics team travelling to an Olympics.

Our high-performance system continues to evolve and develop, and the size and performance of our Olympic team is a reflection of this positive ongoing development.

We must also acknowledge the great work and effort our members, coaches, volunteers, and the wider athletics community has put in to support our Olympians in reaching this magnificent milestone.

We would also like to thank Sport Ireland for their continued investment in our sport.

We all look forward to roaring on #TeamGreen as the Games commence on July 23rd.