The Irish throwers were back in international action today at the European Throwing Cup in Split, where Nicola Tuthill continued her impressive progress with a PB hammer throw of 60.67 to secure a second-place finish (U23). The Bandon AC athlete broke the 60m distance on her 5th attempt which now places her number 5 on the Irish all-time list. 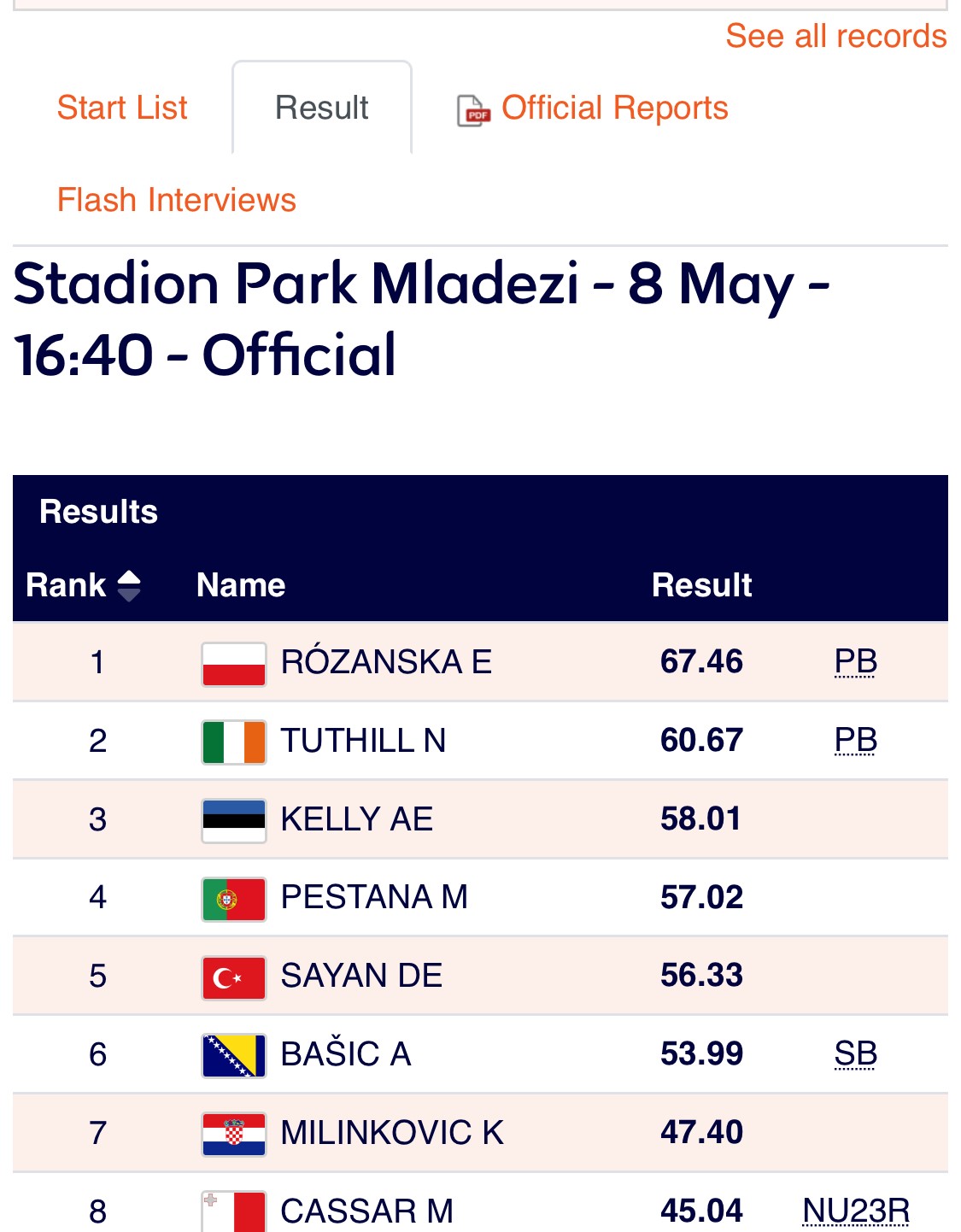 Swinford AC’s Micheala Walsh finished 5th in the Shot Put. Walsh had thrown over 15m with her third throw but saved the best for last with a 15.06 on her 6th and final attempt. 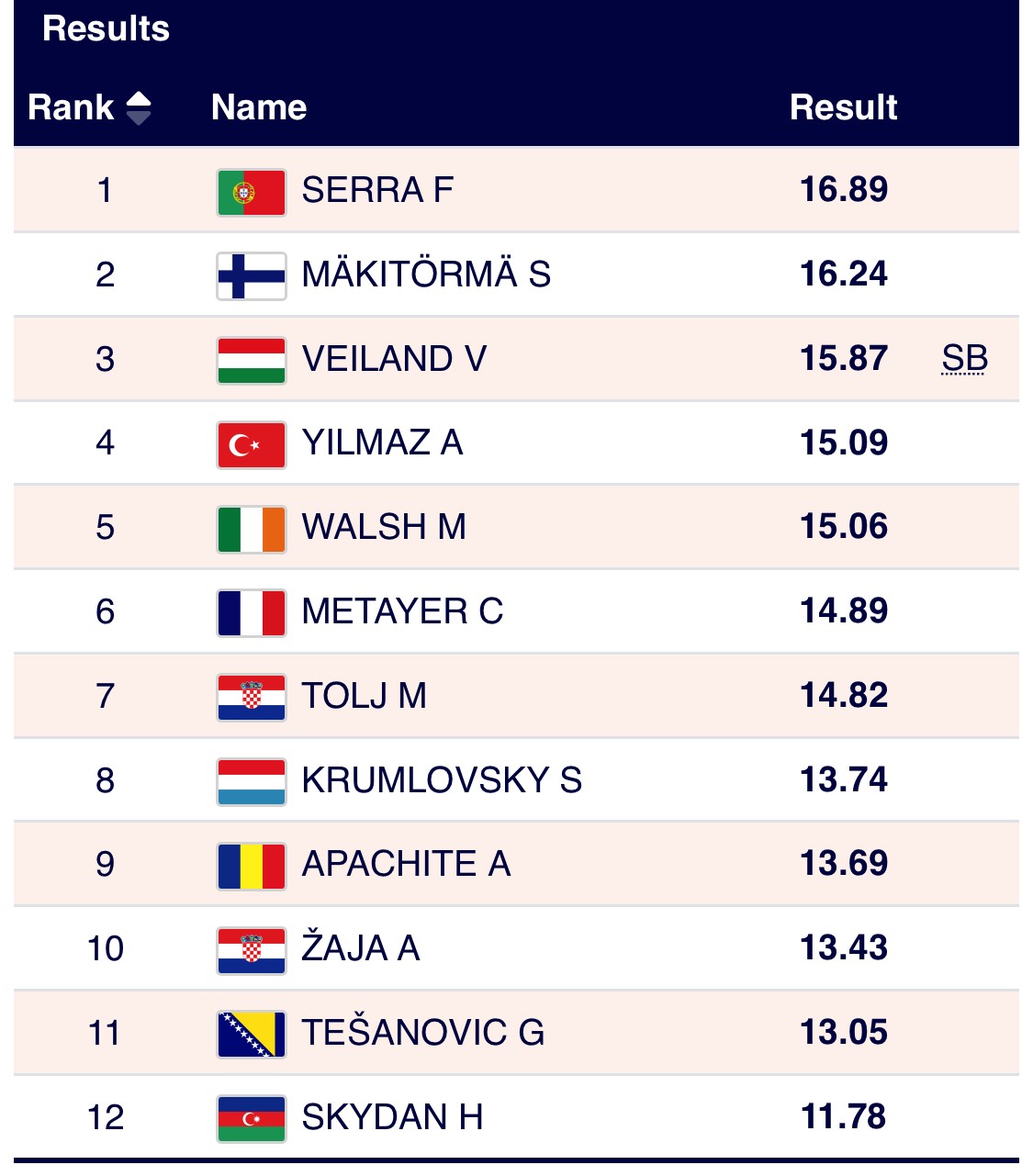 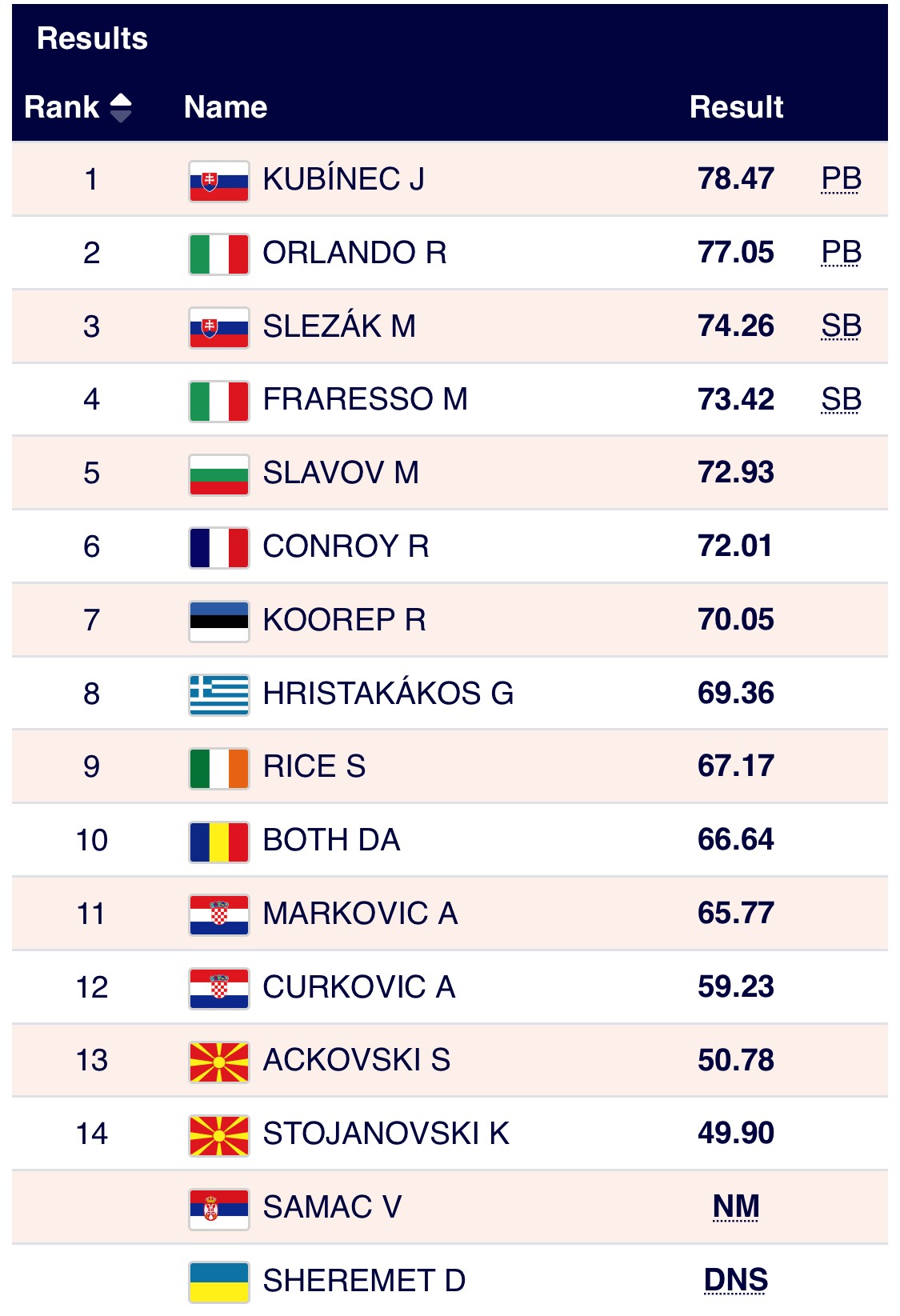 Dempsey McGuigan will be happy with his seasonal debut. The Finn Valley AC man finished in 7th place with a 67.43 throw in the men’s Hammer. 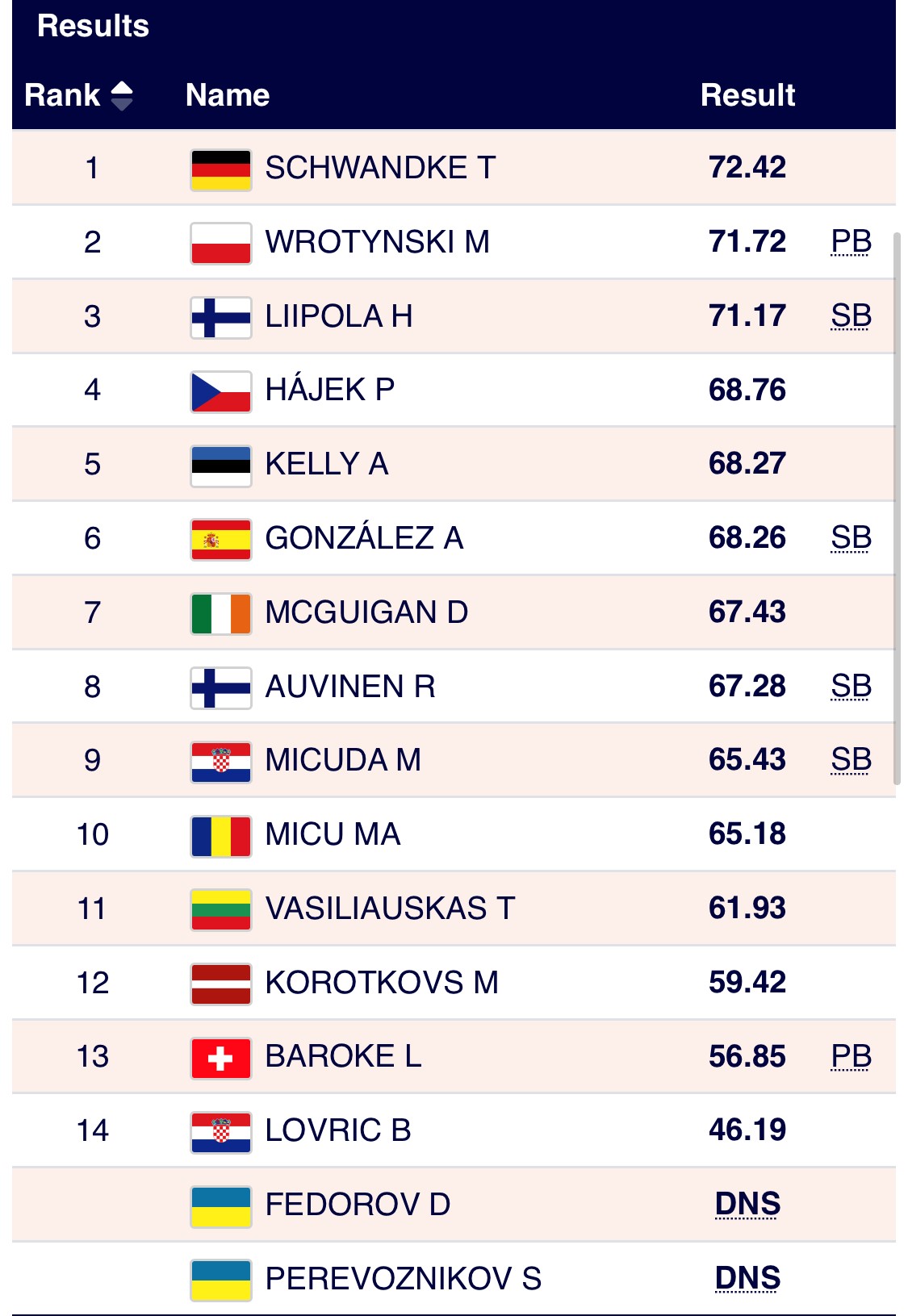 Niamh Fogarty of Raheny Shamrock AC rounded off the Irish athletes in action on day 1. Fogarty finished in 8th place with a throw of 50.99 in the U23 Discus. 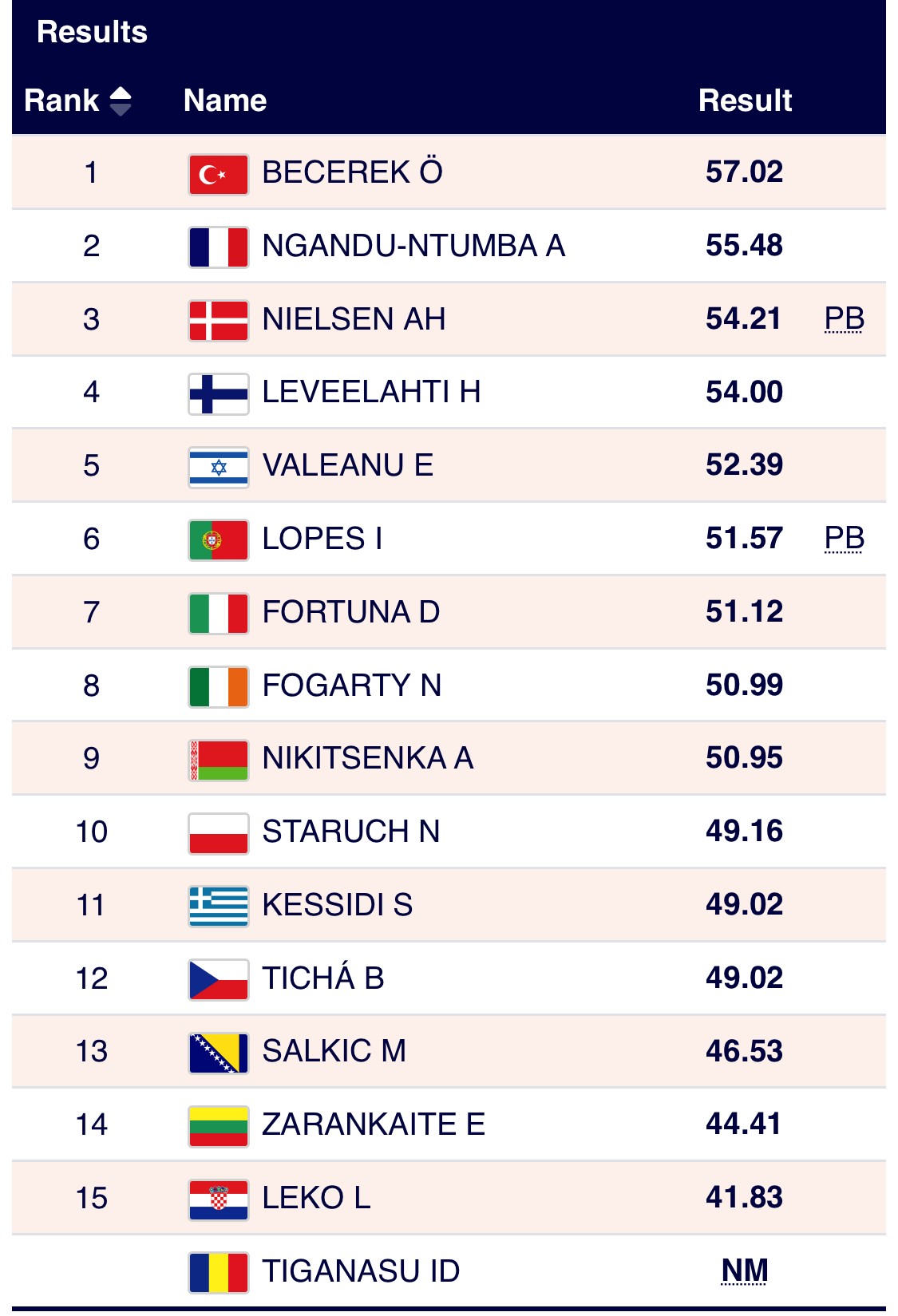 The action in Split continues tomorrow with Casey Mulvey and Sean Mockler set to make their 2021 European Throwing Cup debuts.