READ MORE
Home / Schools / About Us

The Schools’ Athletics Association is the governing body for Post-Primary Schools Athletics. The association is a cross-community organisation with over 650 affiliated schools throughout the Island of Ireland.

Provinces: The association consist of provincial associations in Connacht, Leinster, Munster and Ulster. There are 14 regions/districts across the provinces:

International Competition: Each competition is followed by a Schools' International between England, Ireland, Scotland and Wales. 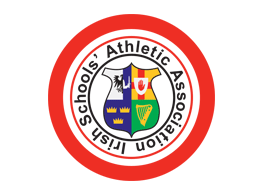