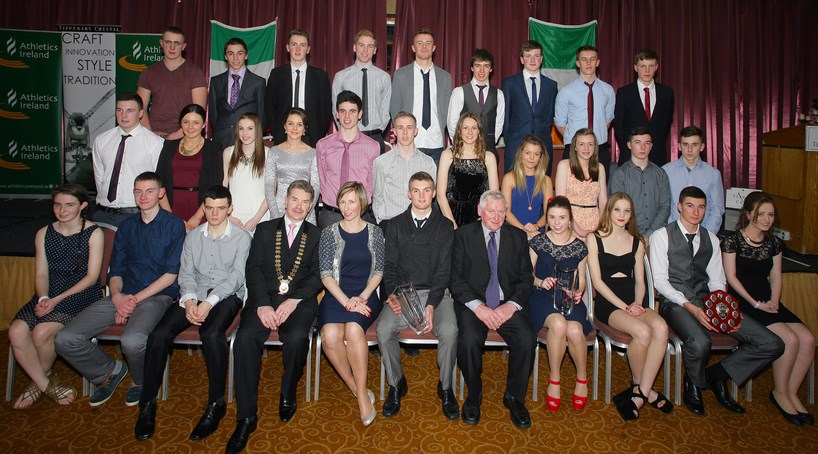 The Juvenile All Star Awards were held in the Tullamore Court Hotel on Saturday, 8th of February. Ireland’s best and most successful juvenile athletes from counties north and south, east and west, were recognised at the Tipperary Crystal Star Awards Banquet.

Each County Award winner received their specially commissioned piece by Tipperary Crystal. There were also a number of special awards presented on the night, awarded to Juvenile athletes who achieved International success during the 2013 season.