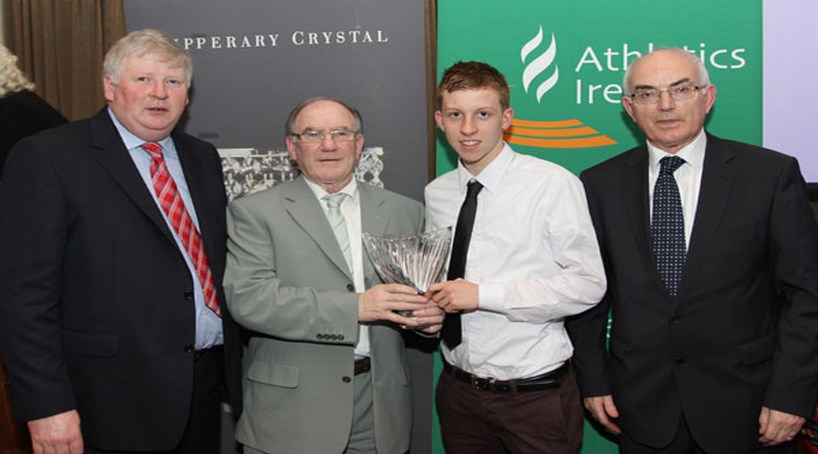 The Juvenile All Star Awards were held at the Sheraton Hotel in Athlone on the 3rd of March. Ireland’s best and most successful juvenile athletes from counties north and south, east and west, were recognised at the Tipperary Crystal Star Awards Banquet.

Each County Award winner received their specially commissioned piece by Tipperary Crystal. There were also a number of special awards presented on the night, awarded to Juvenile athletes who achieved International success during the 2011 season:

The special awards are presented to Juvenile Athletes who achieved international success during the 2011 season. The most treasured moment of the entire season was an evening in Lille, France last July. Ireland captured its first ever gold medal at the World Youth Championships, in race walking won by Kate Veale (West Waterford AC). Other athletes to receive one of these prestigious awards included