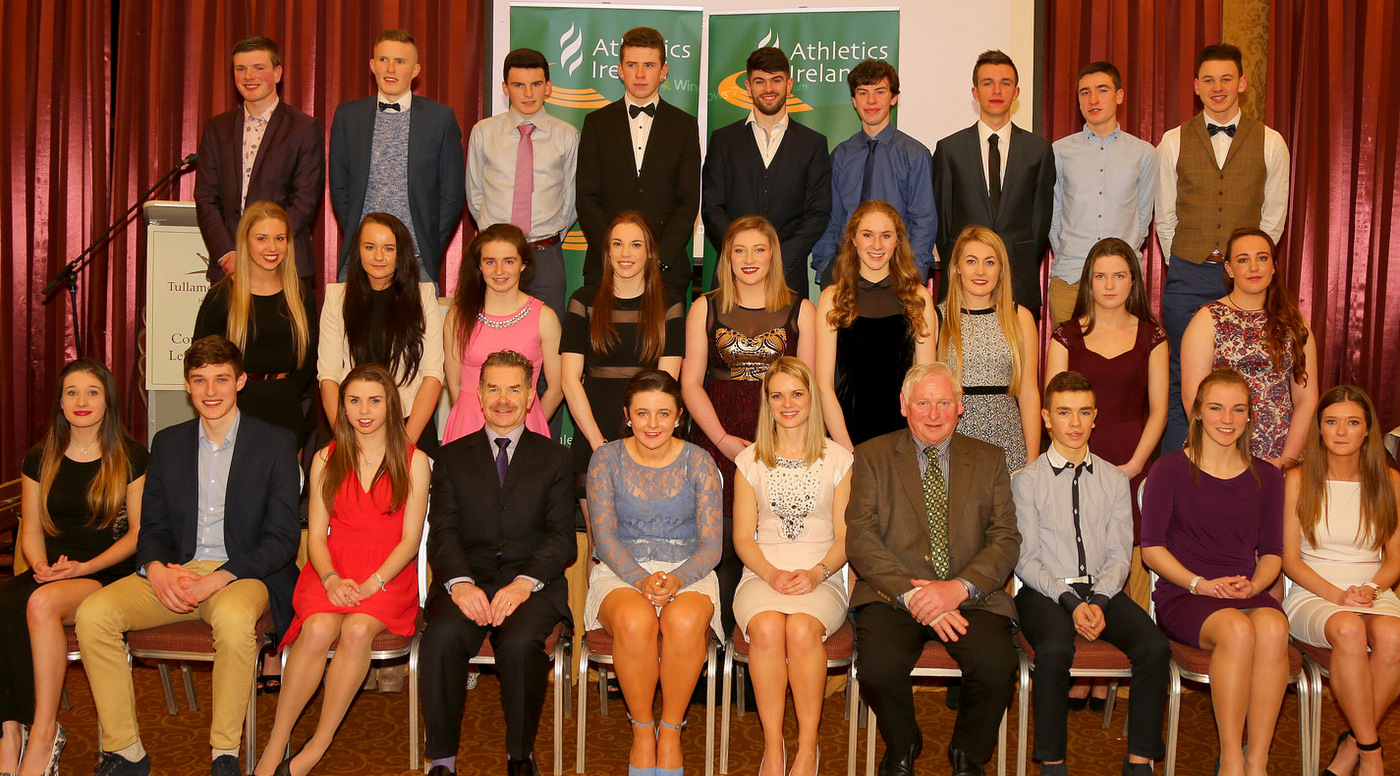 The country’s finest young up and coming stars where honoured at the Emerald Crystal Juvenile All Star Awards in Tullamore court hotel on Saturday evening.

22 of the 27 award winners were present in Tullamore court hotel after an extremely successful year at juvenile level, proving the Irish athletics is in good shape.

“It’s been a terrific year for our association and in particular for our juvenile athlete’s” said Athletics Ireland president Ciaran O’Cathain.

“It makes me proud to see a number of our athlete’s travel to Baku for the European youth championships and then move onto Najing in China for the Youth Olympics.”

Guest of honour national 100 meters record holder Ailis McSweeney was delighted to present the awards and had special words for the winners.

“These athlete’s performance give me and people like me who have retired, great inspiration and I am very much looking forward to watching them in the green singlet as senior athletes.”

Athlete of the Year

Walsh finished sixth in the Shot put at the World Youth Olympics final in Nanjing, China, having qualified via the European Youth Olympics in Baku, Azerbaijan.

“I really didn’t expect the athlete of the year” admitted Walsh. “I have picked up the star athlete of Mayo a couple of times, which is a great honour, but picking up the overall athlete is really amazing.”

“I can’t wait for this year, I’m in transition year now, so I can focus a little bit more on my athletics, I’m hoping to improve my performances” added Walsh.

Leevale athlete Louise Shanahan picked up the international athlete award having won 800 meter gold at the European Youth Olympics in Baku and finishing sixth in a new personal best of 2:08.29 at the Youth Olympics.

“It was a great 2014” explained a delighted Shanahan. “I was delighted to qualify for the Youth Olympics in China, but now to get recognition for it is really special”.

“It’s amazing looking at the  group in my club  Leevale, Ailish was here tonight and she comes down to talk to us at training, as do Ciaran O’Lionaird and Mark Carroll.”

“My main priority is my leaving cert for this year” added Shanahan. “Though I would like to win the schools title in Tullamore, as this is my last year and I’ve never won it before”.

15 year old Gearoid McMahon picked up the Roisin O’Callaghan award for race walker of the year, having won both the indoor and outdoor national championships along with England’s AAA championship.

“I’m delighted to get this award, I really love athletics and competing for Shannon A.C, I like the fun down the track” added the second year student.

“Alex Wright from Leevale in Cork is an athlete I really look up to. I have got to know him over the last year and a half, I see his dedication and the advice he gives me. It was great to cheer him on in Athlone I.T when he won the national championship”.